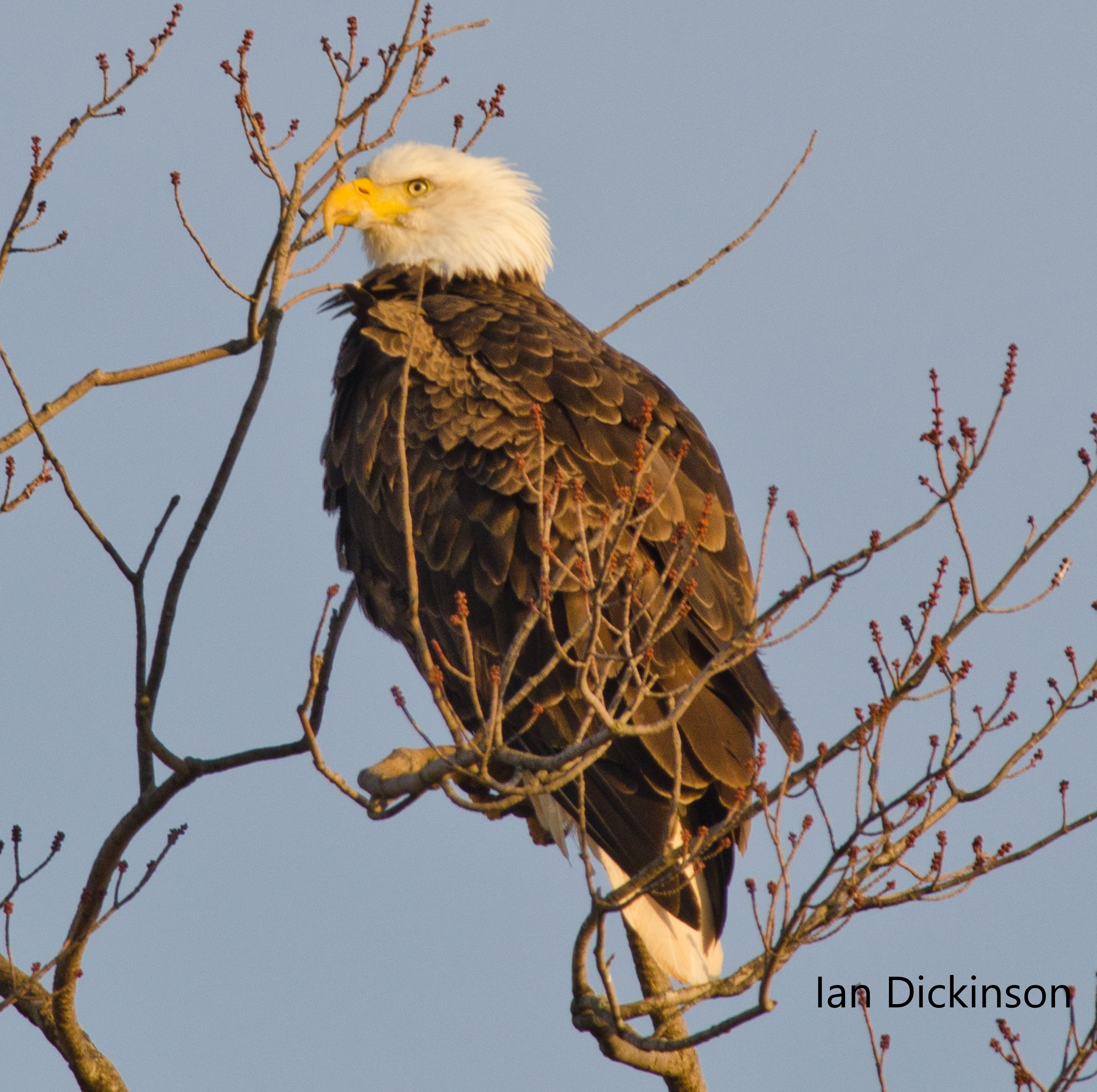 The Bald Eagle is a well-known bird of prey with a bright white head, neck and tail, and a dark brown body. Its massive beak is bright yellow, as are its powerful legs. Adults have piercing very pale eyes. Young eagles are mostly brown, variably speckled with white. Bald Eagles have a wingspan of just over two metres. They soar on flattened wings and in silhouette show as much head and neck in front of the wing as there is tail projecting behind. Bald Eagles nest in a variety of habitats and forest types, almost always near a major lake or river where they do most of their hunting. While fish are their main source of food, Bald Eagles can easily catch prey up to the size of ducks, and frequently feed on dead animals, including White-tailed Deer. They usually nest in large trees such as pine and poplar.

Threats to this Species: Historically Bald Eagles were shot as pests or trophies, and many shoreline areas where they bred were developed for housing or industry. Their largest decline came with the introduction of pesticides such as DDT that resulted in thin egg shells that broke as the adults tended to them. Although most of these threats have been reduced or eliminated, current Bald Eagle populations are impacted by the continued development of shoreline habitat and pollution.

Fun Fact: Bald eagles are not actually bald; their name comes from the word “piebald,” which means spotty or patchy.