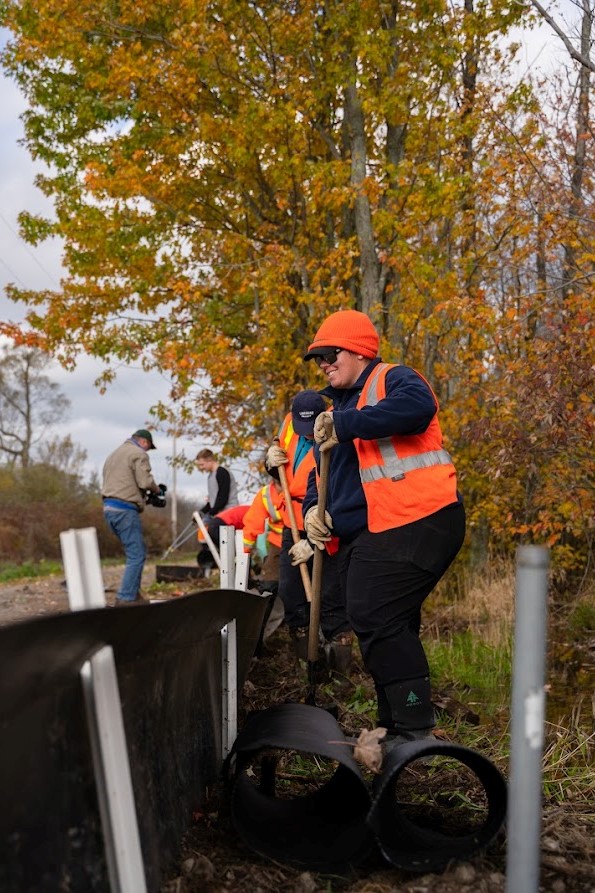 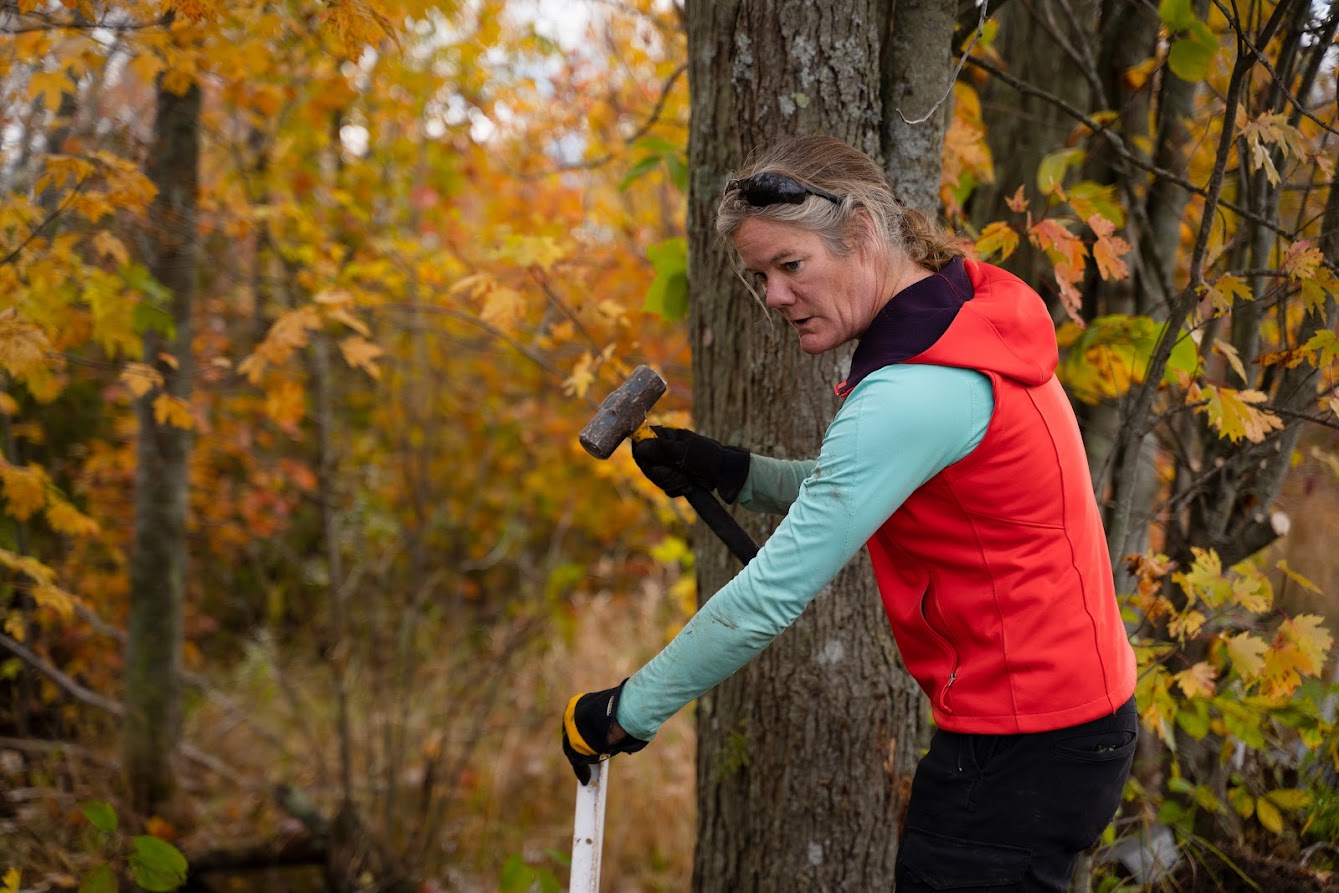 Every spring the resident Blanding’s Turtles emerge from their winter hideaways and begin the search for food and mates.  Eventually, the females will search for a safe place to lay their eggs.  The result of these activities is Turtles travelling on roadways particularly in the South Shore.  The wetland on the NCC’s Hudgin-Rose Nature Reserve is wintering habitat for Turtles and this has resulted in Turtles being killed by traffic on Ostrander Point Road.

The culverts under the road in the wetland portion of the Hudgin-Rose property were blocked by Beaver activity and despite attempts to keep them clear, the Beavers would return and block the culverts almost immediately.  The Beavers blocked the culverts to create a pond; however, the subsequent flooding of the roadway encouraged Turtles to use it while foraging and looking for a mate. This meant that drivers could not see the Turtles on the flooded roadway and occasionally that resulted in Turtle mortality and/or injury. The first step was to clear the culverts and restore water flow.  Secondly the crew started a new Beaver dam to encourage re-building in a place away from the culverts.  Passages were left at the edges of the dams for Turtles, but Turtles will also be able to climb over the new dam to use the culvert for passage instead of the road. An exclusion fence was also installed which further encourages the Turtles to use the culverts. A big hump of dirt on the back side of the fence, provides a “jump-out” for Turtles that come from the unfenced side of the road. 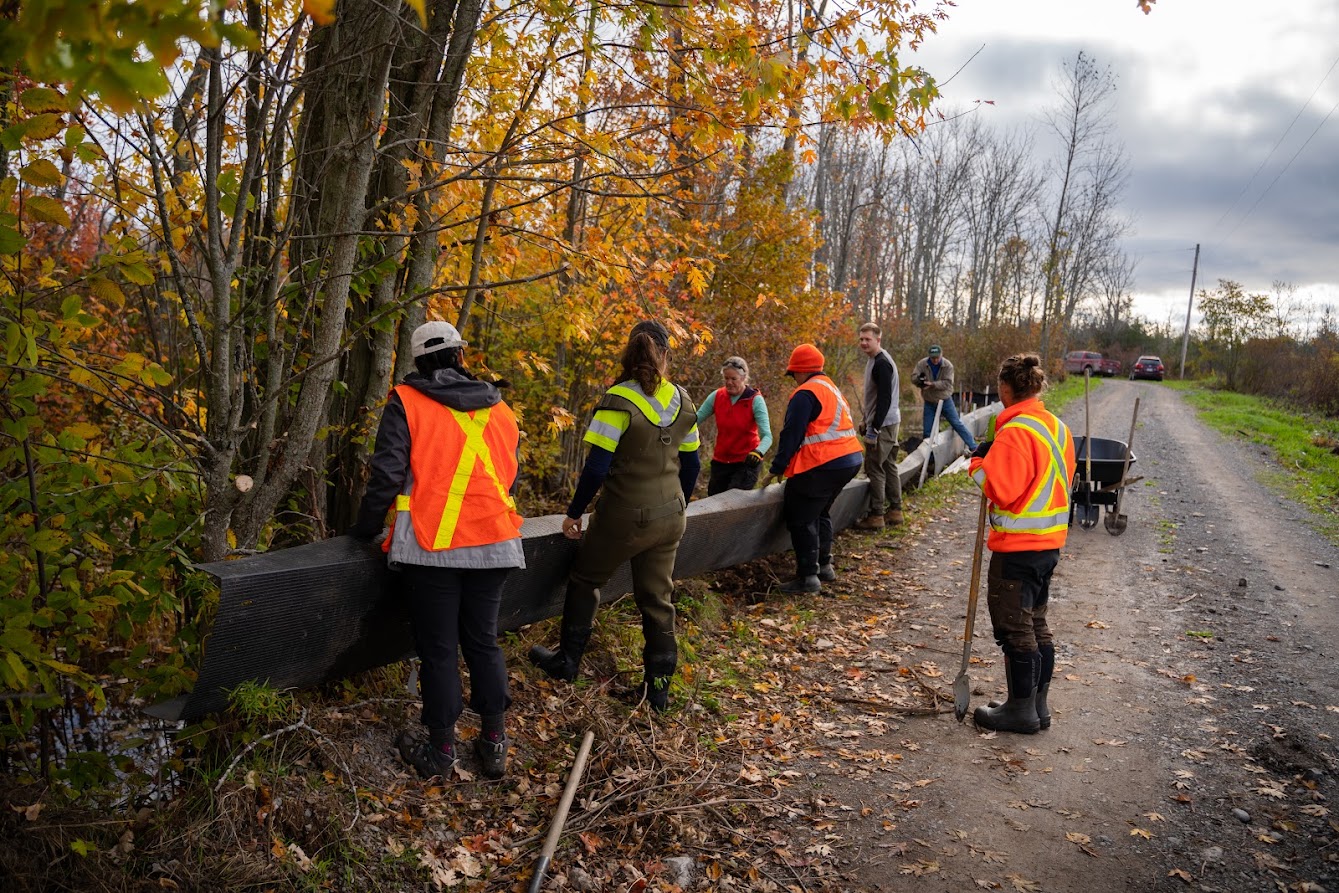 Work is on going and a second culvert will be protected with a mesh fence so that Turtles can access the culvert, but Beavers will be unable to access it to plug it up with sticks.

Clearing the culverts, but still allowing Beaver activity helps to maintain the natural water flow in the wetland and preserve its biodiversity.  Clearing the culverts also acts to protect the Blanding’s Turtles by allowing passage through the culverts instead of across the road.  This project is obviously a win-win-win for the environment of the South Shore.

all photos courtesy of Chelsea Morcantonio