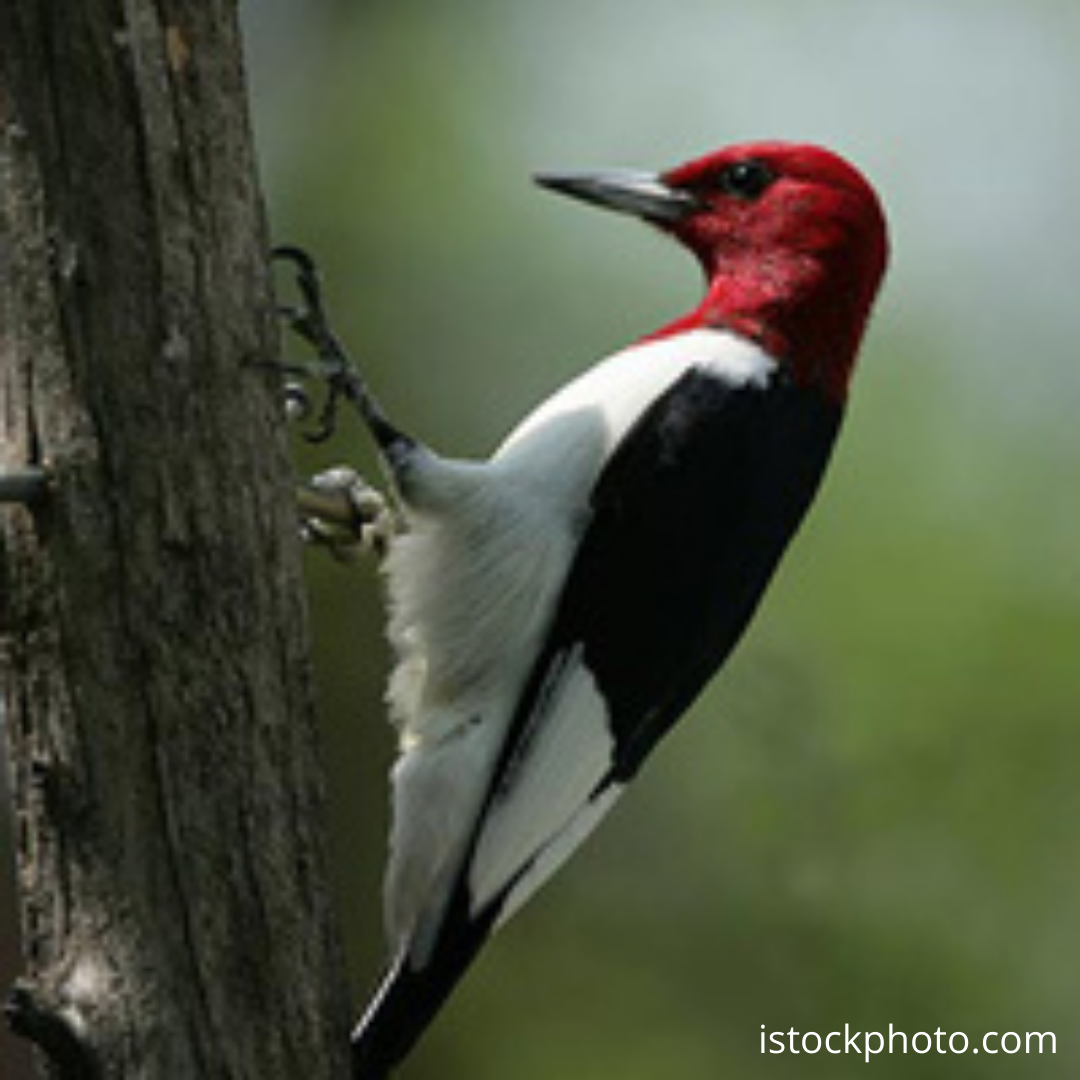 The Red-headed Woodpecker is a medium-sized bird – about 20 centimetres long – easily recognized for its vivid red head, neck and breast. The rest of the bird is black and white, mostly white underneath and black on top. This woodpecker’s strong bill helps it dig holes in wood to find insects, its food source in the summer. In the winter, it eats nuts. Adults often return to the same nesting site year after year. Between May and June, females lay from three to seven eggs. Both parents incubate the eggs and then tend to the young. The Red-headed Woodpecker lives in open woodland and woodland edges, and is often found in parks, golf courses and cemeteries. These areas typically have many dead trees, which the bird uses for nesting and perching.

Threats to this Species: Red-headed Woodpecker populations have declined by more than 60 per cent in Ontario in the last 20 years because of habitat loss due to forestry and agricultural. The removal of dead trees in which they nest is also believed to be a threat to these birds.

Fun Fact: the bird's salivary glands produce a glue-like substance that coats the tongue and, along with the barbs, helps it capture insects.