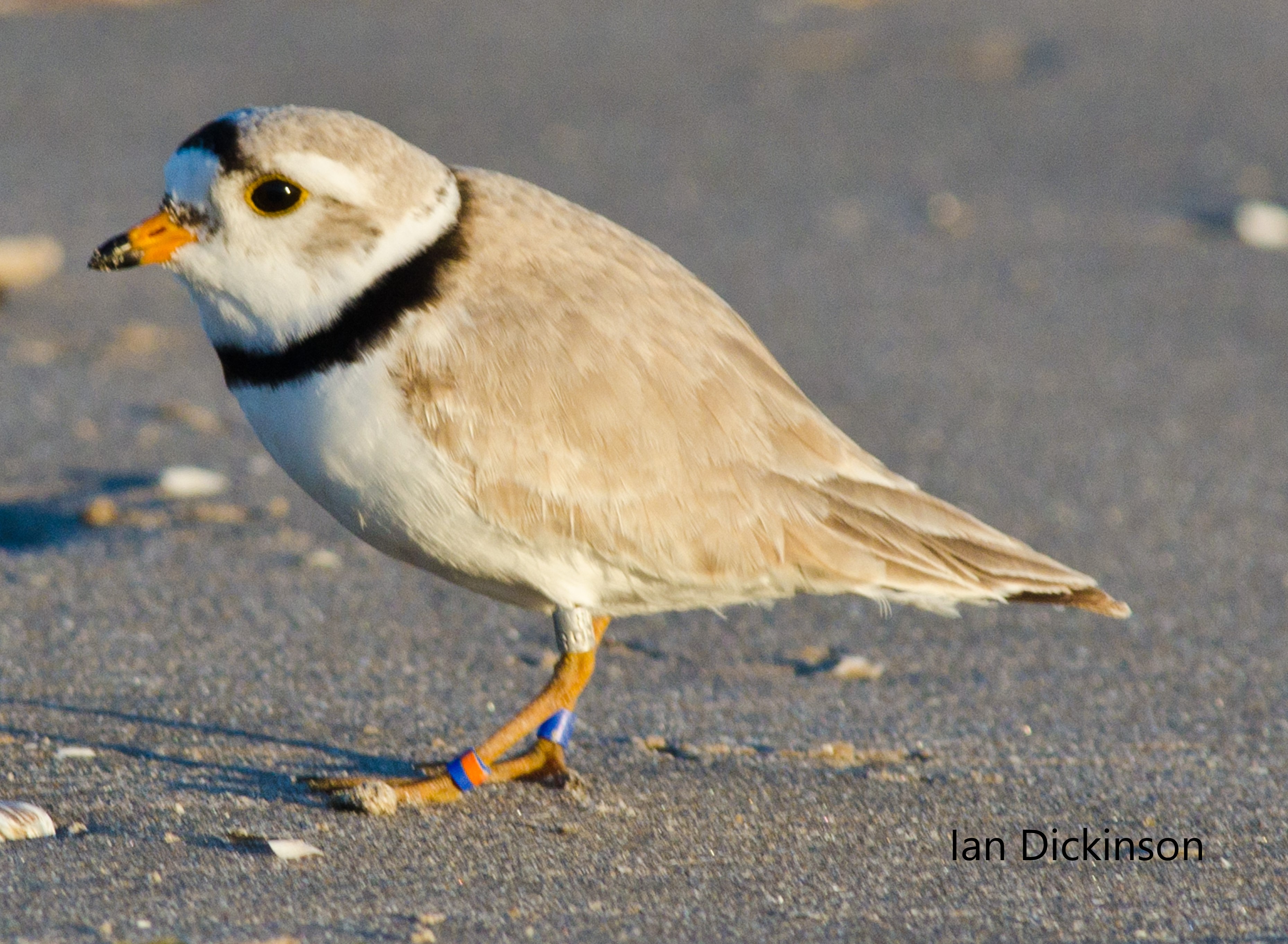 The Piping Plover is a small shorebird that is well-camouflaged on the pale sand beaches it favours. Its stubby bill is orange with a black tip and its legs are bright orange. Its belly is white but the back, wings and most of the tail are the colour of dry sand. Adults have a bold black breast band and a smaller black band above their white forehead.

Threats to this Species: The main threat to the Piping Plover is human disturbance, since the sandy beaches where plovers live are also popular for human recreation which can destroy nests. Groomed beaches lack natural hiding places, making eggs and chicks vulnerable to predators such as foxes, cats, raccoons and gulls.

Fun Fact: Piping plovers will sometimes extend one foot out into wet sand and vibrate it to scare up food items, a foraging technique known as foot-trembling