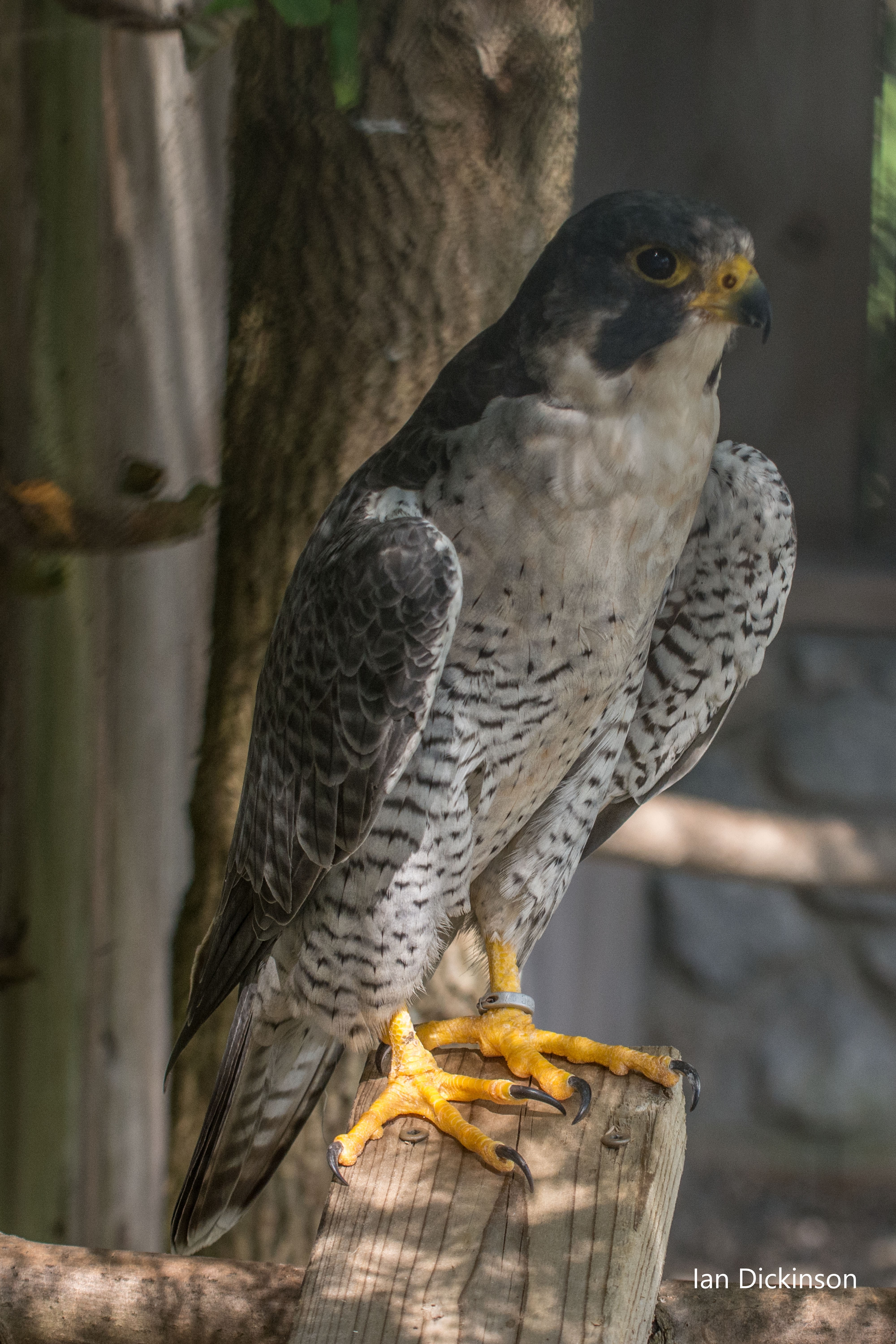 The Peregrine Falcon is a crow-sized bird with a slate blue back and a cream-coloured chest covered in dark markings. Peregrine Falcons have pointed wings that span about one metre, a narrow tail and adults have a prominent black “moustache.” The dark feathers on the falcon’s head make the bird look like it’s wearing a helmet. Another distinguishing feature of this falcon is its bright yellow feet and legs.

Threats to this Species: Habitat loss and destruction, disturbance and persecution by people, and environmental contaminants.

Fun Fact: Peregrine falcons are the fastest diving birds. They can top 200 miles an hour while diving for prey.