It is 5 a.m. on a June morning. A thunderstorm that rolled through is now a line of receding, black clouds as the sun rises over the marsh.  We slip our kayaks into the water and head into the cattail labyrinth. Marsh Wrens rattle all around, Wood Duck, and Teal melt into the vegetation as we approach and Least Bittern call with their subdued coo-coo-coo. Soon swallows skim the water’s surface, a Kingfisher lands on a branch in the middle of the marsh, Common Gallinule and Pied-billed Grebe grunt in the distance, and we hear a morning chorus of Willow Flycatcher, Red-winged Blackbird, Eastern Kingbird and Swamp Sparrow. Along the marsh berm, Cardinal, Catbird, Yellow Warbler, and Common Yellowthroat are busy in the shrubs. Below the berm yet another group of birds are active: Wood Thrush, Brown Thrasher, Eastern Towhee, Rose-breasted Grosbeak, American Redstart, and Black-billed Cuckoo. An Osprey flies into the abandoned heronry and a Northern Harrier flies low over the cattails.

Even though this diversity of bird species in the heart of the PEC South Shore IBA is enough to keep any birder happy on a late spring morning, it pales in comparison to the diversity of birds that also moves through the area in spring and fall migrations. 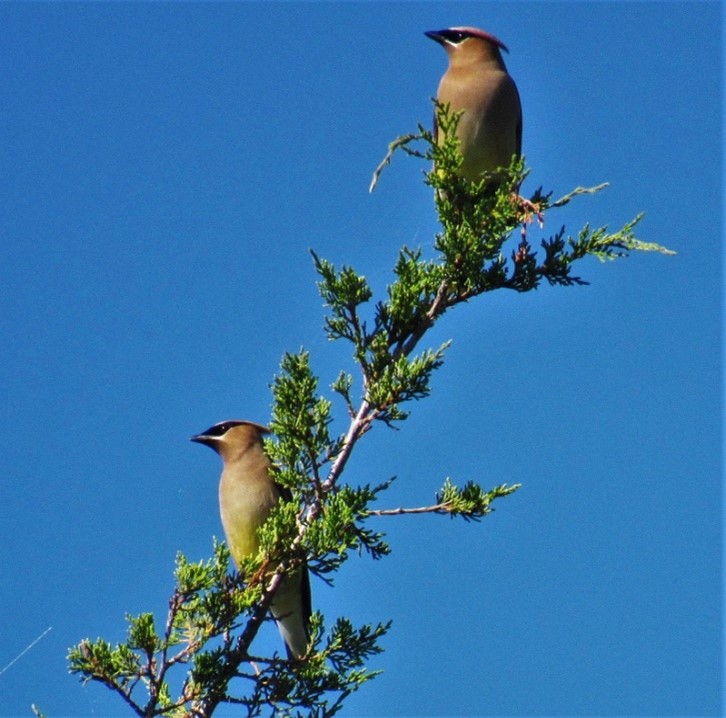 A hasty visitor to the South Shore Important Bird and Biodiversity Area (IBA) might leave with the impression that this stretch of mostly undeveloped Lake Ontario shoreline is a fairly uniform habitat of scrubby Red Cedar that offers only moderate interest for birders. Its appearance is deceptive, however. The flat terrain of limestone bedrock with poor drainage has resulted in an amazing network of microhabitats. Tiny wetlands, small groves of hardwoods, wet meadows, shoreline swamps, thickets, and patches of grassland form a surprising habitat diversity that provides not only nesting areas for residents, but also attractive stopovers for migrants. I am still finding new pockets of habitat after more than 20 years of birding in the area.

In spring, the IBA is an important first stop for migrants as they flood across the lake from mid April to late May. Vegetation along the shore is often covered with midges. Birds feed busily and are easy to observe. Prince Edward Point Bird Observatory has a justified reputation for hosting dozens of warbler species and other passerines in the spring, but all across the IBA the flow of birds is obvious, including species not seen at the Observatory.  Much of the land is public and can be accessed through trails or gravel roads. Around Charwell Point shorebirds (Sandpipers, Plovers, Dowitchers, Yellowlegs, etc.) appear on the beach or along the flooded roadways. Waterfowl and gulls using the lake fly over the peninsula. It’s not unusual to hear the calls of swans, Sandhill Cranes, or loons.  Old pastures host Eastern Meadowlark, Upland Sandpiper, Eastern Bluebird, and many sparrows (Chipping, Grasshopper, Clay-colored, Field, White-throated). Evening is a good time to add Whip-poor-will, American Woodcock and Wilson’s Snipe to your list. 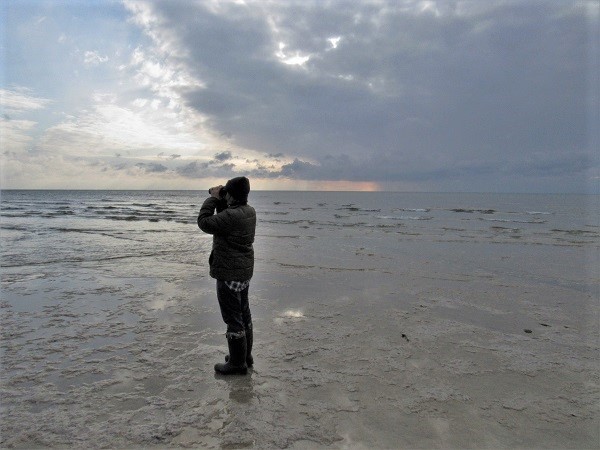 I have run a ‘big day’ several times in the IBA during mid May and it is quite reasonable to observe over 100 species. For observing maximum diversity I would recommend the following routes: Simpson Rd. south of Army Reserve Rd to the lake (a branching road leads east to a medium-sized wetland), Lighthall Rd. south of Army Reserve Rd. (including the large wetland to the east of Lighthall), Charwell Point, Ostrander Point Rd. and Babylon Rd. Birding during migration in the South Shore IBA offers a large area, diverse habitats, no crowds, easy access, and a range of species that is hard to beat. 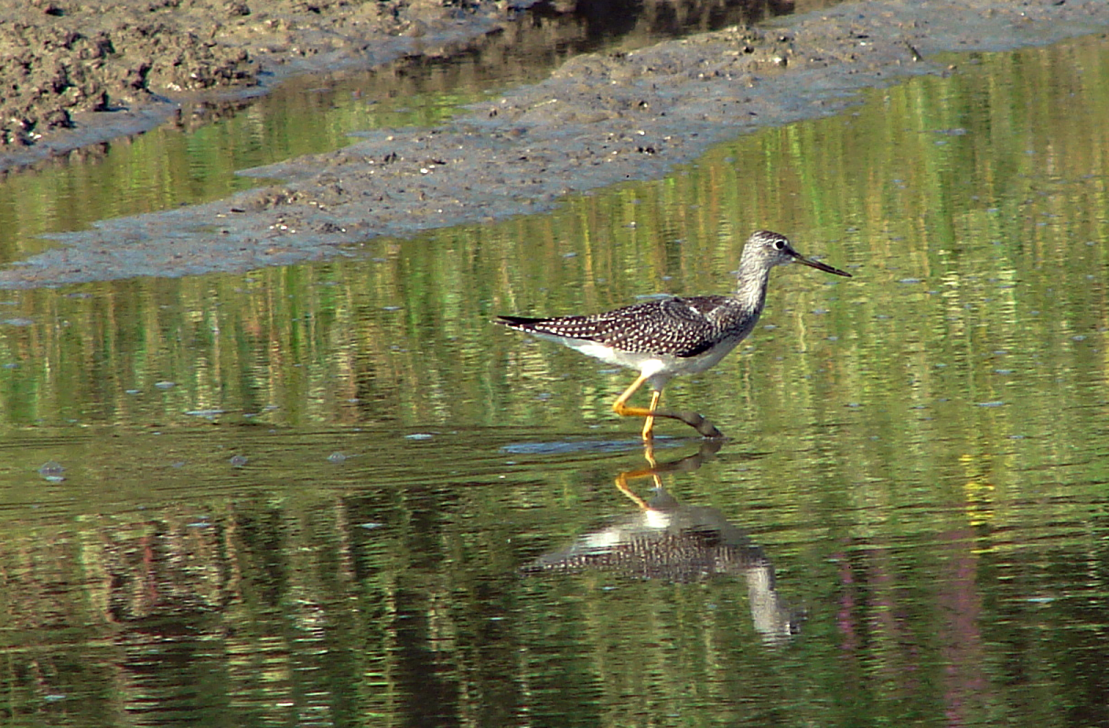