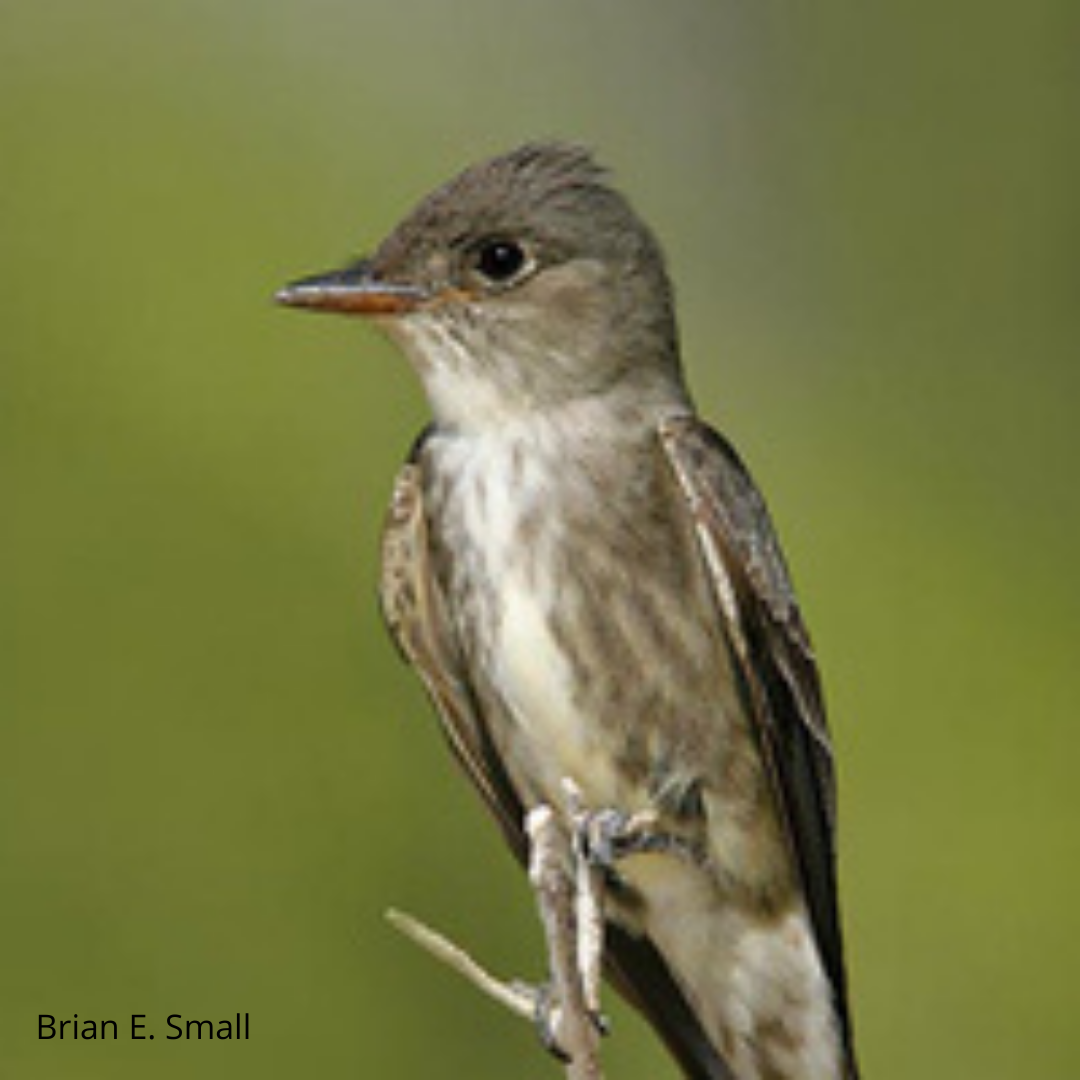 The Olive-sided Flycatcher is a medium- sized songbird about 18-20 cm long. This species is named for its appearance, with the feathers along its sides and back a deep brownish olive-gray colour against a white front. They are often seen perching at the top of tall trees, where they wait for flying insects (their prey) to pass by. They have a loud, three note whistle that sounds like they are singing “quick, three beers.” The Olive-sided Flycatcher is most often found along natural forest edges and openings.

Threats to this Species: The cause of Olive-sided flycatcher decline is unclear. Likely threats to the species include habitat loss and alteration of both breeding and wintering grounds.

Fun Fact: The Olive-sided Flycatcher is an unfamiliar bird to most people and perhaps best known among birders for its distinctive song, typically rendered as, "Quick, three beers!"