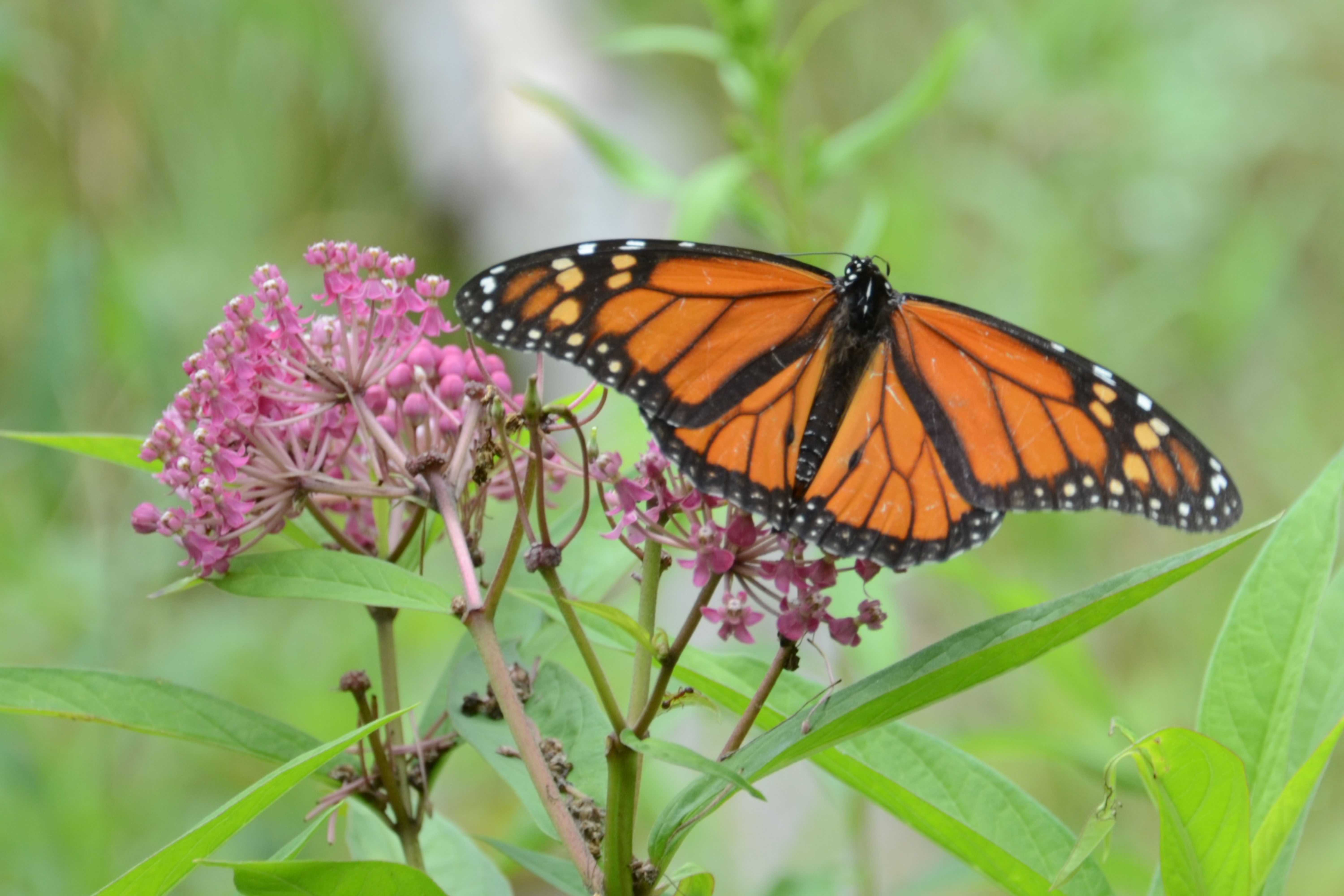 As a caterpillar, the Monarch is distinctively white, yellow, and black-banded. They have two sets of wings and a wingspan of three to four inches (7 to 10 centimeters). Their wings are a deep orange with black borders and veins, and white spots along the edges. The underside of the wings is pale orange. Male monarchs have two black spots in the center of their hind wings, which females lack.

Threats to Species: Monarchs are threatened by deforestation of wintering forests in Mexico, disruptions to their migration caused by climate change, and the loss of native plants (including milkweed species but also all nectar-producing native plants) along their migratory corridors.

Fun Fact: Monarch butterflies travel as much as 100 miles a day during its 3,000-mile migration south.