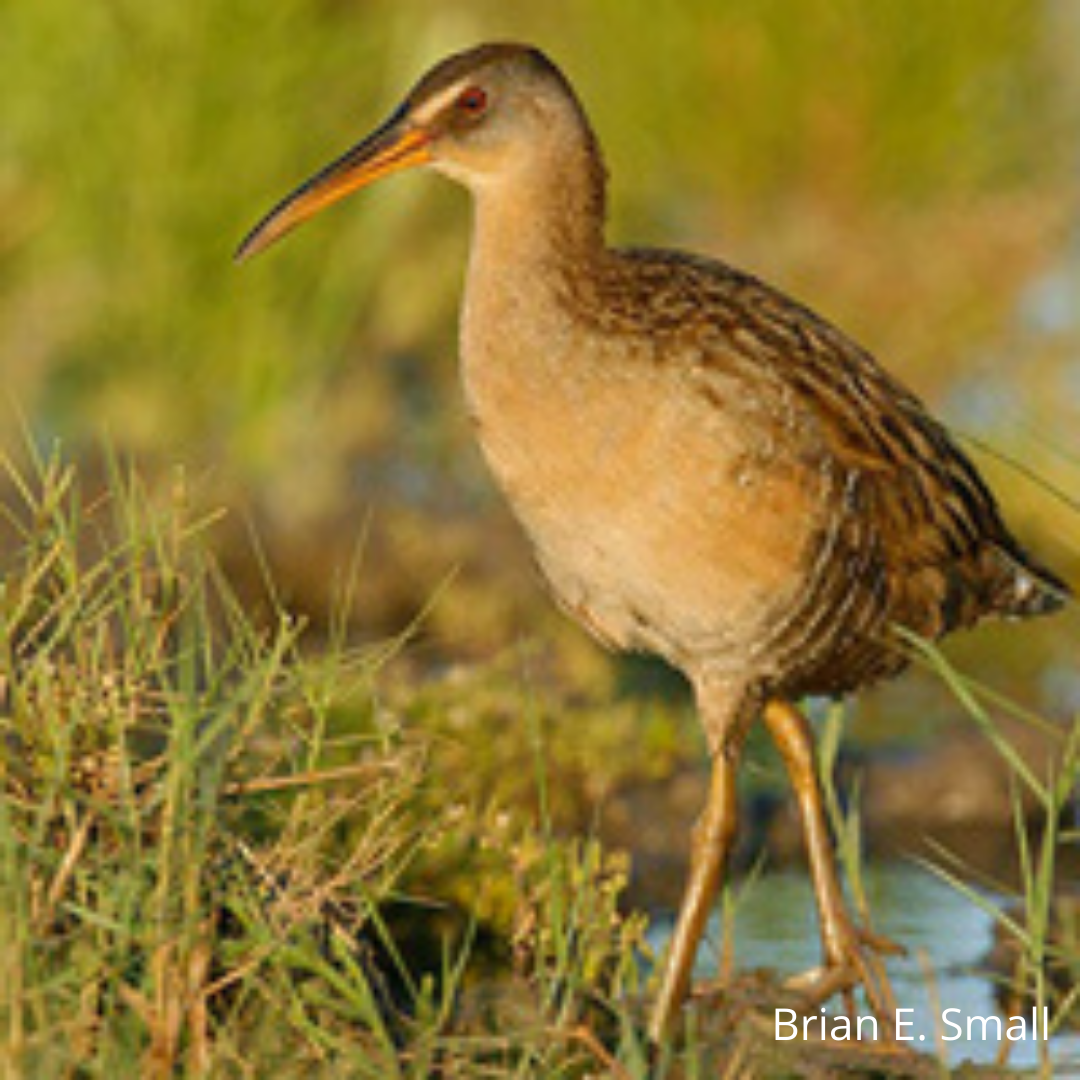 The King Rail is Ontario's largest rail, standing at 40 centimetres tall. It looks much like a giant version of the much more common Virginia Rail. It has a long, slightly curved bill, long legs and a tall but very thin body, which allows it to move easily between cattail stalks – hence the expression “thin as a rail”.  The chest and neck are a dull cinnamon orange, while the back is a mixture of rust and brown streaks. The sides of the body are blackish with thin, vertical white bars.  King Rails are found in densely vegetated freshwater marshes with open shallow water that merges with shrubby areas. They are sometimes found in smaller isolated marshes but most seem to prefer larger, coastal wetlands

Threats to this Species: Invasive species and the destruction and degradation of wetlands due to drainage, pollution and shoreline development have all played a role in their decline. Additional threats in populated areas include predation by cats and collisions with cars.

Fun Fact: Have you ever heard of the expression “thin as a rail”? It originated from the thin body of the King Rail.