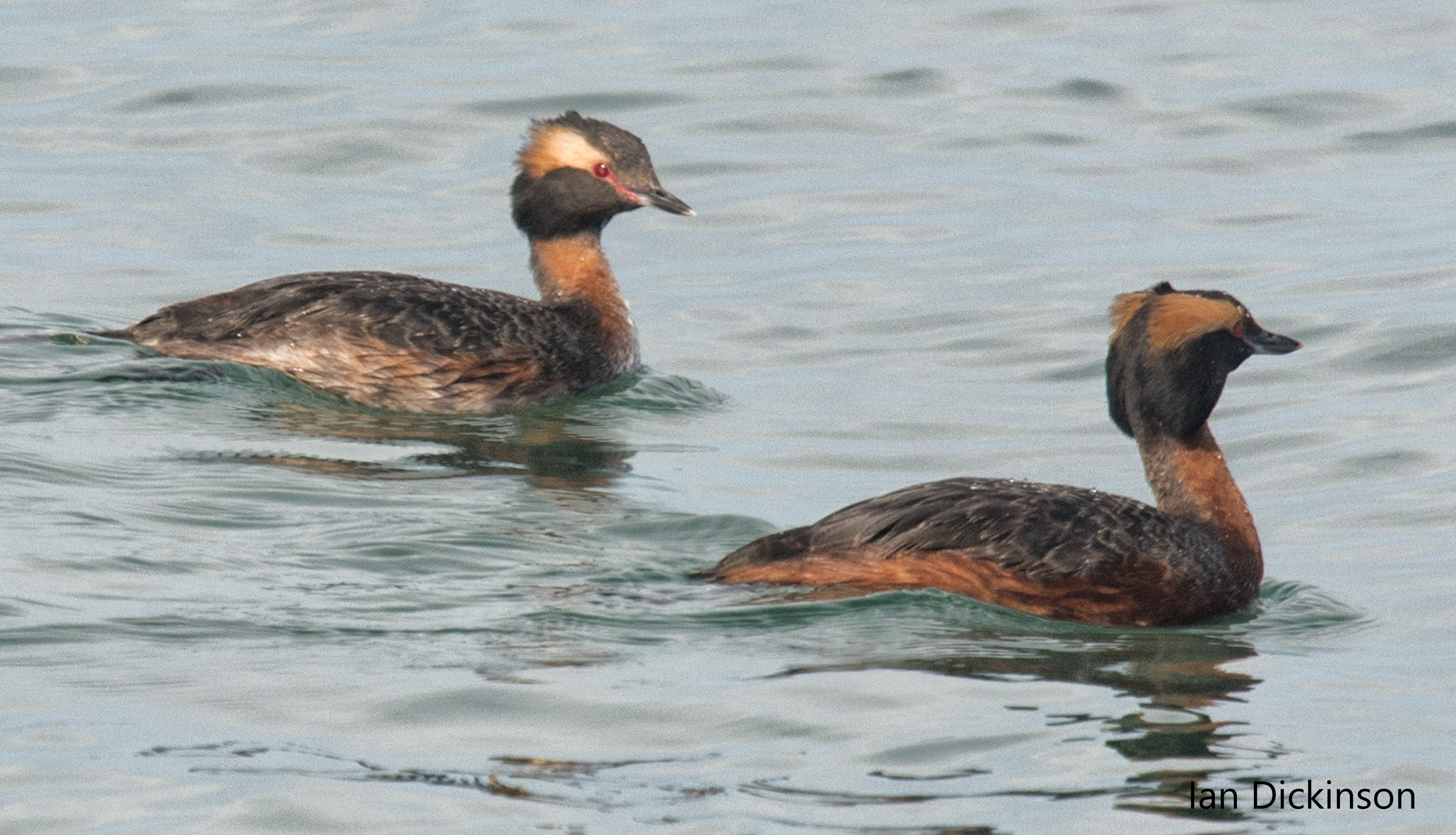 The Horned Grebe is a small duck-like waterbird 31-38 cm long with a short, pointed bill. In breeding plumage, the Horned Grebe has a black head with a distinctive patch of golden yellow feathers behind its eye called “horns.” The front of its neck and upper breast are reddish. Males and females look similar, although males are typically brighter than females in breeding plumage.

Threats to this Species: It is not known why the Horned Grebe is declining across North America. It is expected that populations are threatened by the permanent loss of wetlands to agriculture and development.

Fun fact: The Horned Grebe regularly eats some of its own feathers, and its stomach usually contains a matted plug of them. This plug may function as a filter or may hold fish bones in the stomach until they can be digested.