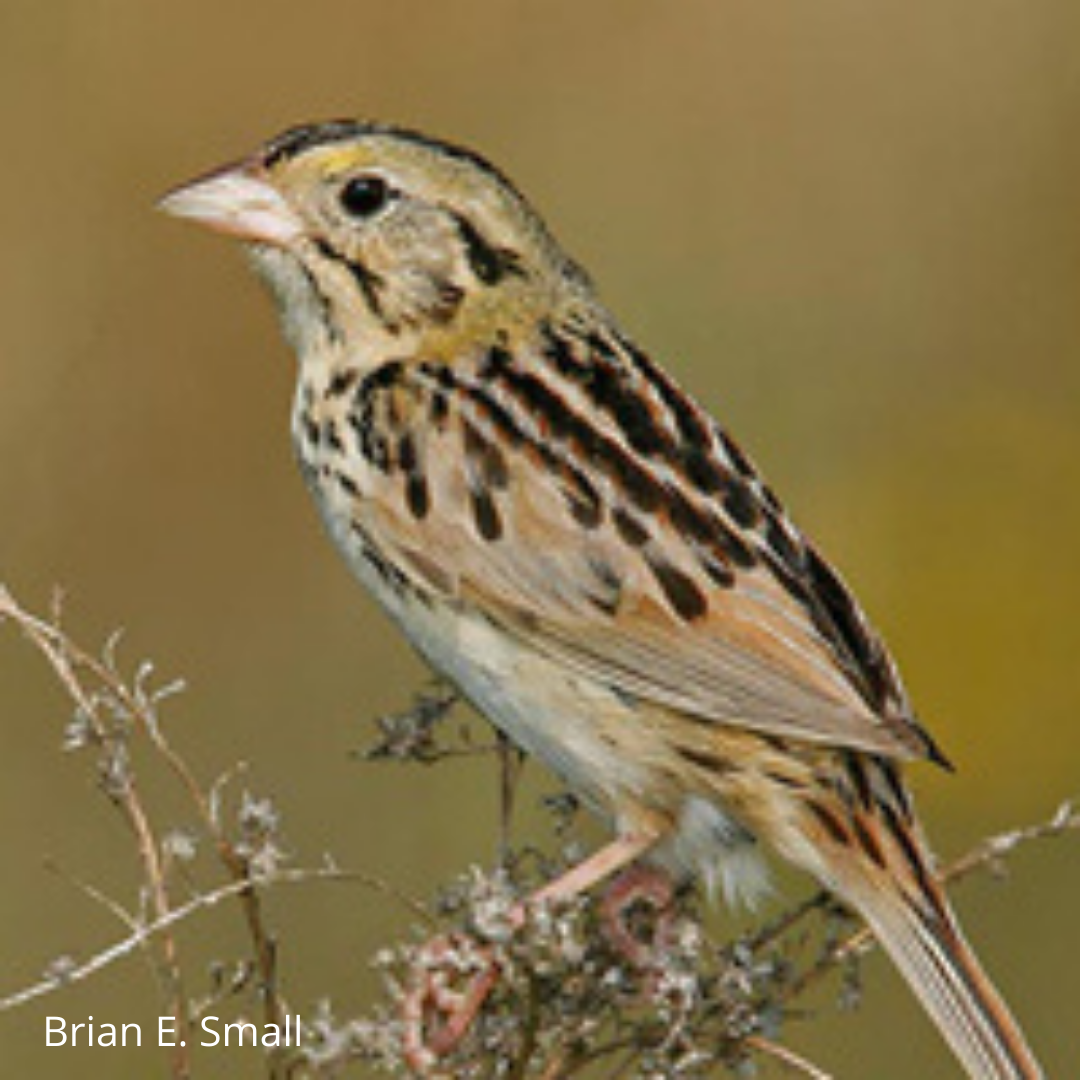 The Henslow’s Sparrow can be distinguished from other sparrows by its combination of chestnut brown wings, intricately patterned olive-green head and back of neck, black and brown streaked back, and by its flat-headed, short-tailed profile.

Canadian Population: up to 25 individuals

Threats to this Species: The main threat to the Henslow’s Sparrow is loss of open field prairie habitat. Many of the sites where this bird once lived have been converted to pasture, crop lands, or tree plantations. Housing development has also removed suitable habitat.

Fun Fact: The Henslow’s Sparrow has the simplest and shortest song of any North American songbird, a thin tze-lick that David Sibley has described as a “feeble hiccup.”