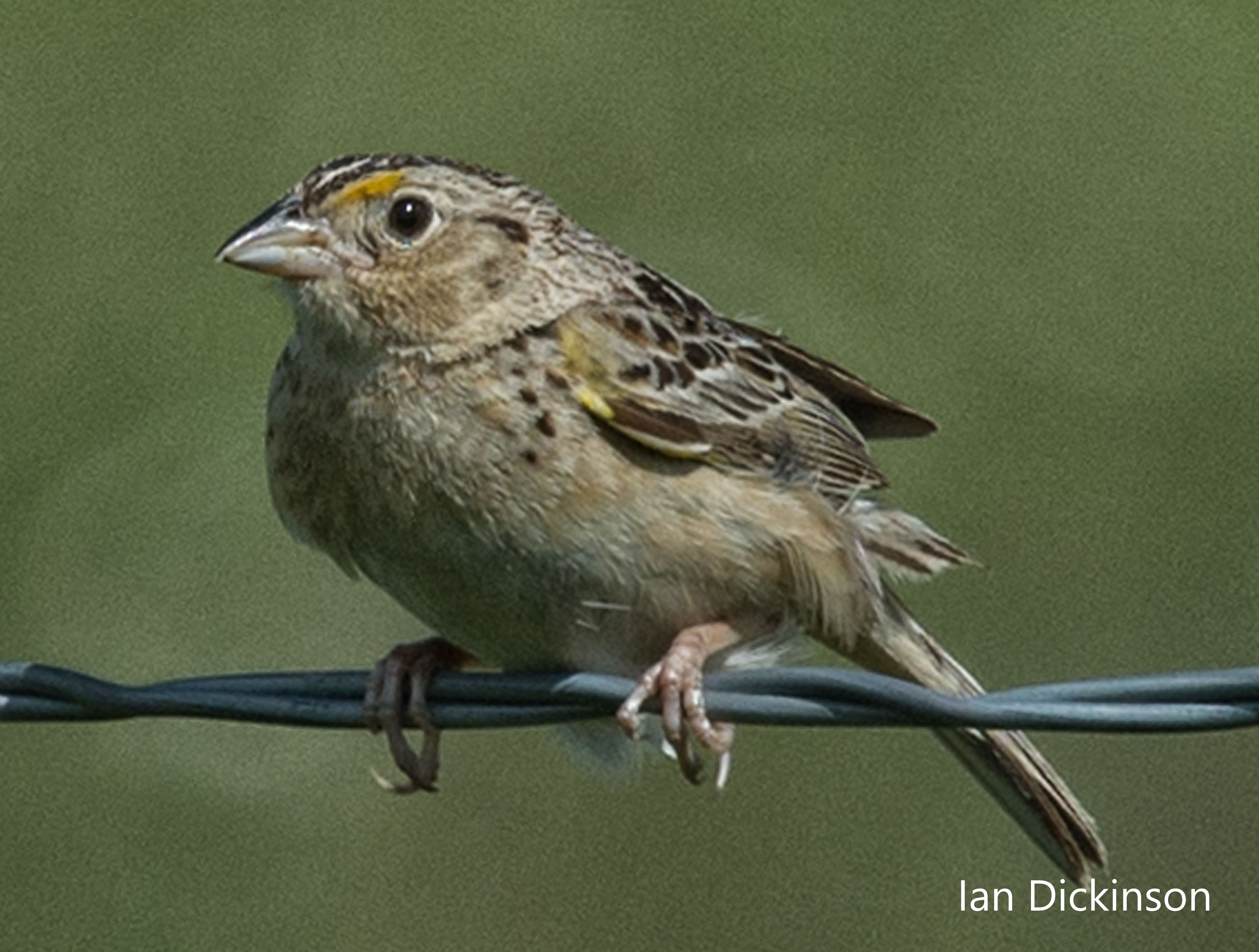 The Grasshopper Sparrow is a small brown songbird with a streaked back and buffy white under- parts. It has a white stripe down the centre of its crown and a flat look to the top of its head. Its conical bill is beige. The male and female look similar to each other and the young have a streaked breast in the first fall. It lives in open grassland areas with well-drained, sandy soil. It will also nest in hayfields and pasture, as well as alvars, prairies and occasionally grain crops such as barley. It prefers areas that are sparsely vegetated. This preference for breeding habitat makes the IBA a perfect fit for the Grasshopper Sparrow. Its nests are well-hidden in the field and woven from grasses in a small cup-like shape.

Threats to this Species: The grassland habitat that it favours is disappearing as areas are converted to row crops. There has also been a gradual decline in cattle farming which results in less pasture and hay. Surveys show that the greatest declines in the species’ populations have occurred in southwestern Ontario. Grasshopper Sparrows prefer to nest in large fields but many of these are becoming fragmented which may attract more nest predators.

Fun Fact: Grasshopper Sparrows are one of the few North American sparrows that sings two different songs. The more common song is a dry insectlike buzz, but they also have a more musical series of squeaky notes that the male gives in flight.