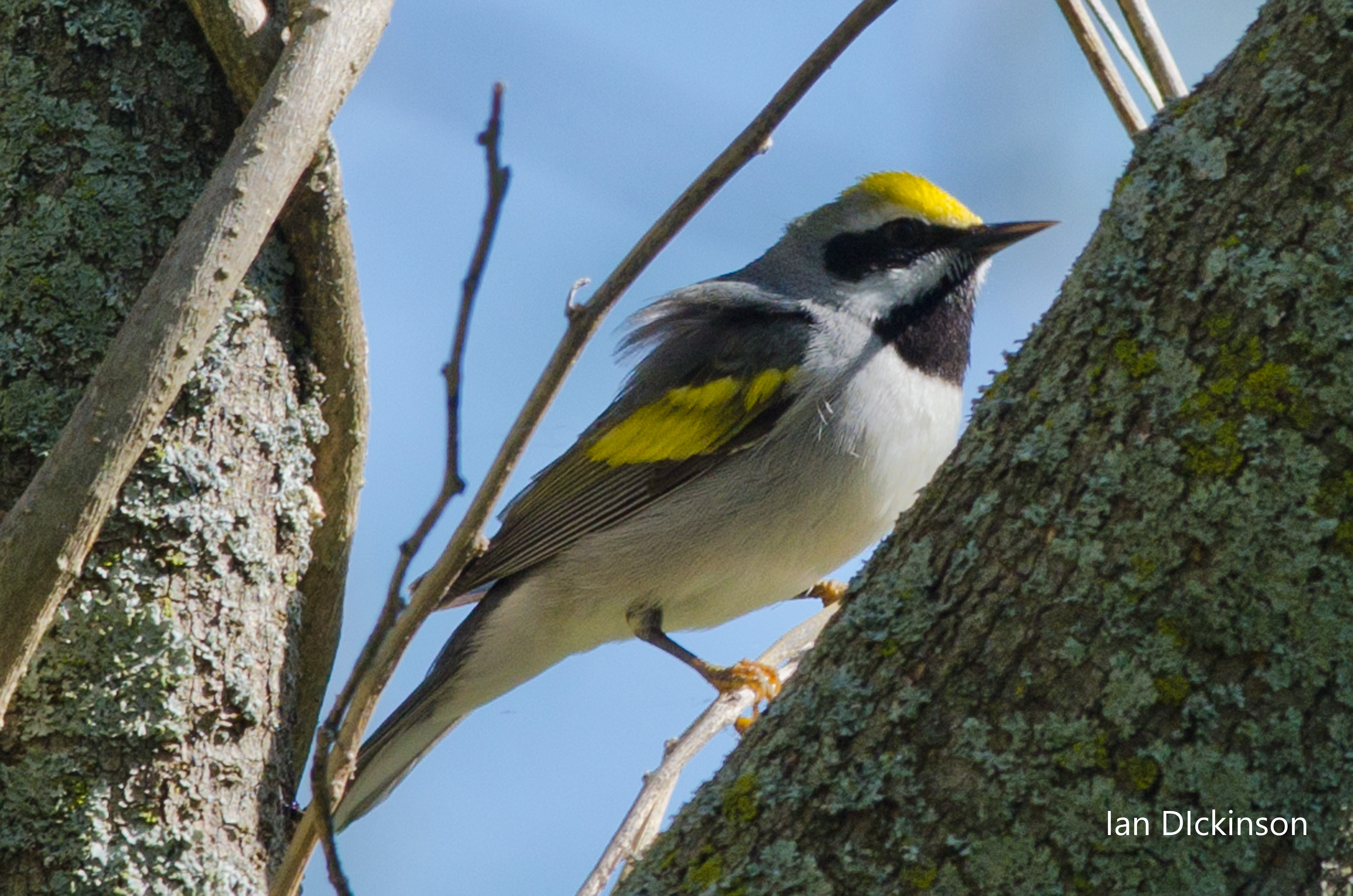 The Golden-winged Warbler is a small grey songbird – about 11 centimetres long – with white undersides and distinctive yellow wing patches and forehead. Males have a black throat and black patch behind their eyes; females have the same markings in grey. Golden-winged Warblers usually breed when a year old and can continue to do so until they are nine. Pairs build their nests on the ground, where the female lays two to six eggs.  During the breeding season, these warblers eat insects only, primarily caterpillars, moths, other winged insects, and spiders. Similar feeding habits are seen in regions where the warblers spend the winter.  Golden-winged Warblers prefer to nest in areas with young shrubs surrounded by mature forest – locations that have recently been disturbed, such as field edges, hydro or utility rights-of-way, or logged areas.

Fun Fact: Golden-winged parents may use trickery to protect their young from predators. Adults feeding nestlings have been observed repeatedly carrying food down other plant stems away from the nest, possibly as a decoy, when they detected humans nearby.