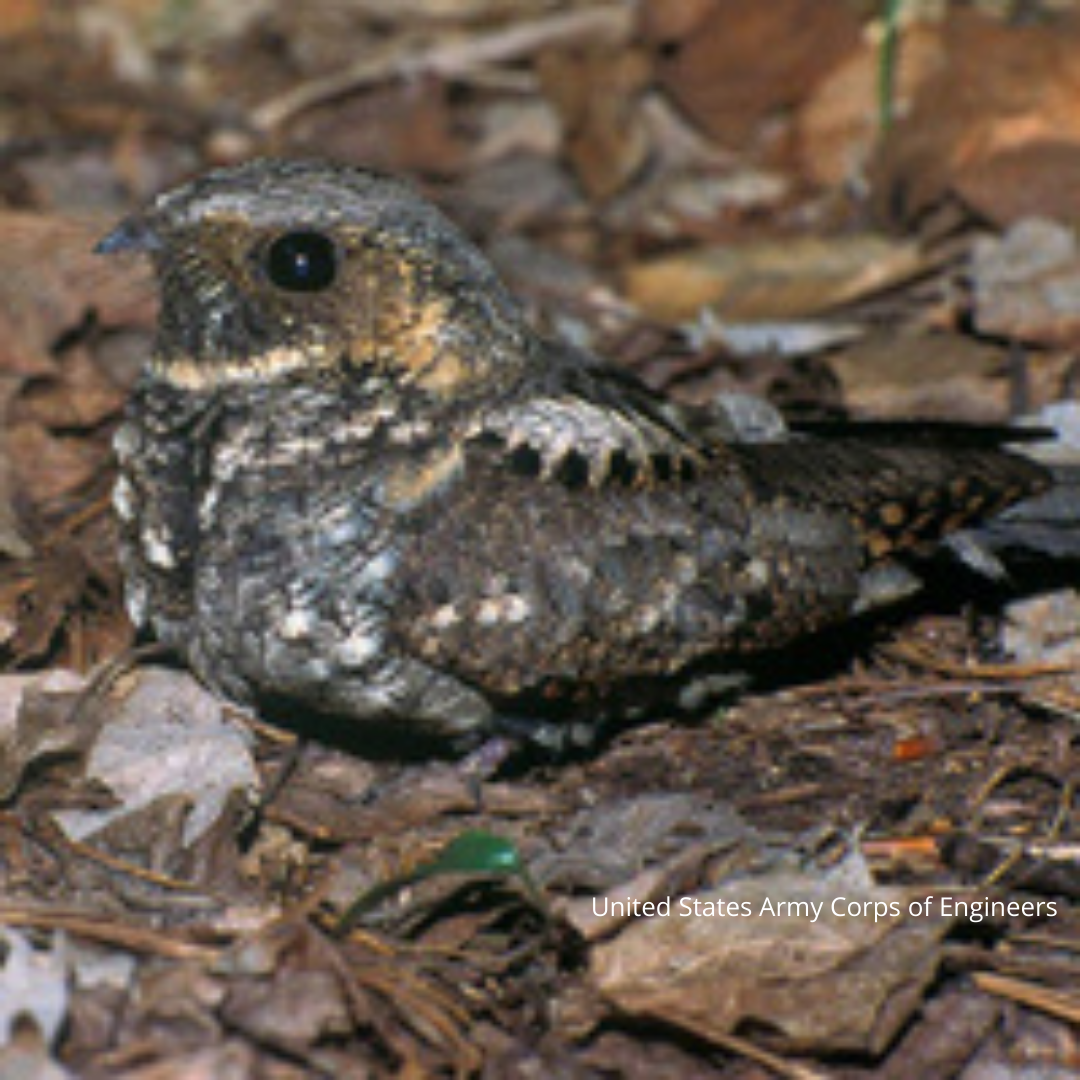 The Eastern Whip-poor-will is a medium-sized bird 22 to 26 centimetres long with mottled brown and grey feathers that help it blend in with its surroundings. Since it becomes active at dusk and rests during the day, it is more commonly heard than seen. Eastern Whip-poor-wills are most vocal during bright, moonlit nights when they can be heard singing their name "Whip-poor-will" often in long, seemingly endless series.  The Eastern Whip-poor-will is usually found in areas with a mix of open and forested areas, such as savannahs, open woodlands or openings in more mature, deciduous, coniferous and mixed forests.  It forages in these open areas and uses forested areas for roosting (resting and sleeping) and nesting.  It lays its eggs directly on the forest floor, where its colouring means it will easily remain undetected by visual predators.

Threats to this Species: Although there is some uncertainty surrounding the decline of the Eastern Whip-poor-will, the main threat to the species is likely habitat loss and degradation. Additional threats include car mortalities and changes in food supply related to pesticides. Nest predators, including feral cats, are likely a threat in the highly populated southwest part of the province.

Fun Fact:  Whip-poor-wills chant their name on summer nights. The song may seem to go on endlessly; a patient observer once counted 1,088 whip-poor-wills given rapidly without a break.