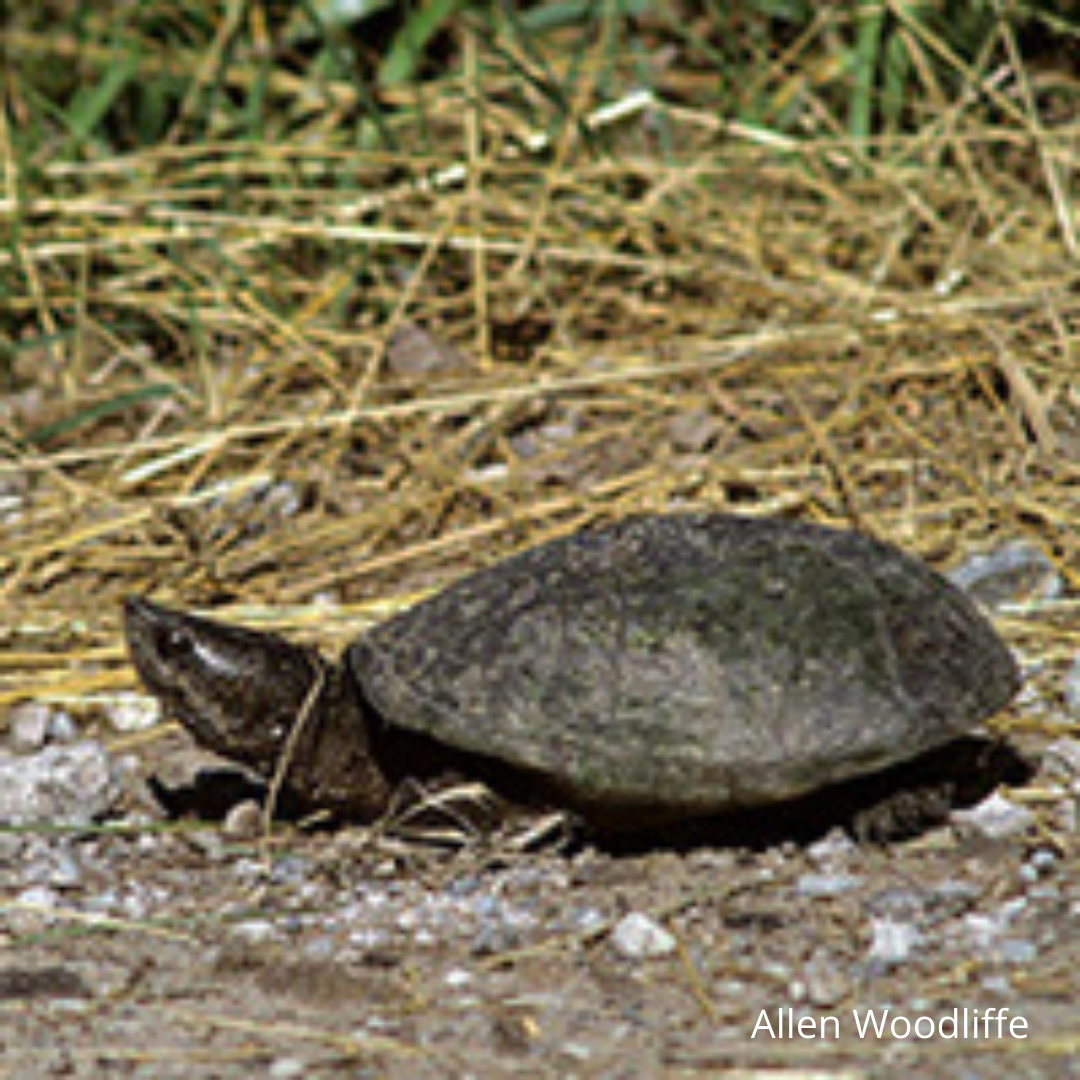 The Eastern Musk Turtle is a small freshwater turtle. Its narrow, highly arched shell, less than 13 centimetres long, easily distinguishes this species from most other Ontario turtles that have wide, flatter shells. The Eastern Musk Turtle has a dull black-brown body except for two distinctive yellow stripes often found on the side of the head.

Threats to the Species: The most significant threat to the Eastern Musk Turtle is habitat destruction, primarily through wetland drainage, pollution and shoreline development. This turtle is extremely vulnerable to drought and abnormally high water levels can drown eggs. Heavy motorboat traffic and intense angling increase adult mortality rates to potentially unsustainable levels.

Fun Fact: Eastern Musk turtles enjoy sitting on low hanging tree branches over the water and sometimes the only way you know they're there is a quick plopping sound in the water, of them making a quick getaway.