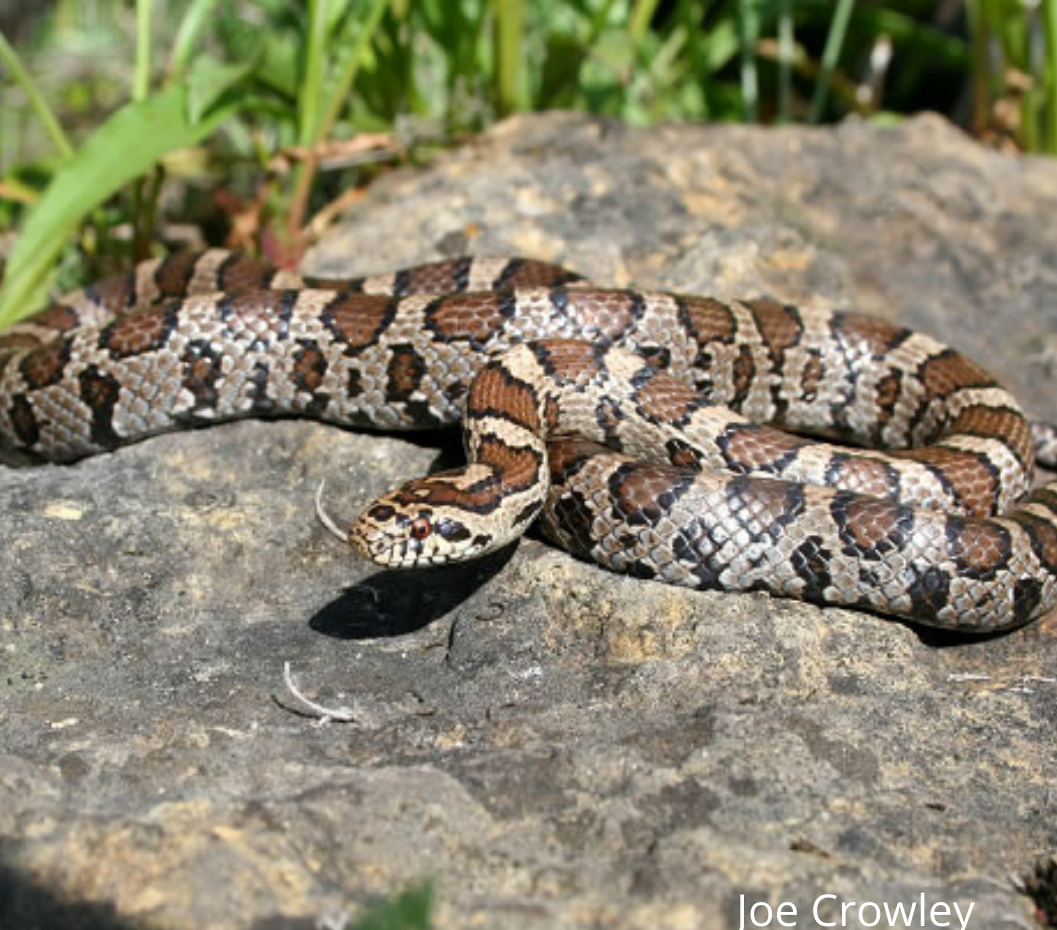 It has large red or reddish-brown oval blotches outlined in black along its back, and one or two rows of smaller blotches along each side. The blotches are bright red in young Eastern Milksnakes, but fade as the snake ages. There is usually a light-coloured y- or v-shaped pattern on the back of the head and neck. The belly has a black checkerboard pattern on a tan, gray or whitish background, which may be obscured by dark pigment in older individuals

Threats to Species: Habitat loss due to urbanization, road construction and conversion of natural areas to agricultural uses are further threats to milksnake populations in Ontario. Like most snakes in the province, milksnakes are commonly killed on roads.

Fun Fact: They are often confused with copperheads and coral snakes because they all have bright, blotchy coloration. Nonvenomous milk snakes evolved to look like these venomous species in order to scare predators. It can be an effective defensive strategy, but has caused milk snakes other problems. Humans often kill harmless milk snakes, thinking they're dangerous.

Species information taken from the Species at Risk in Ontario website.