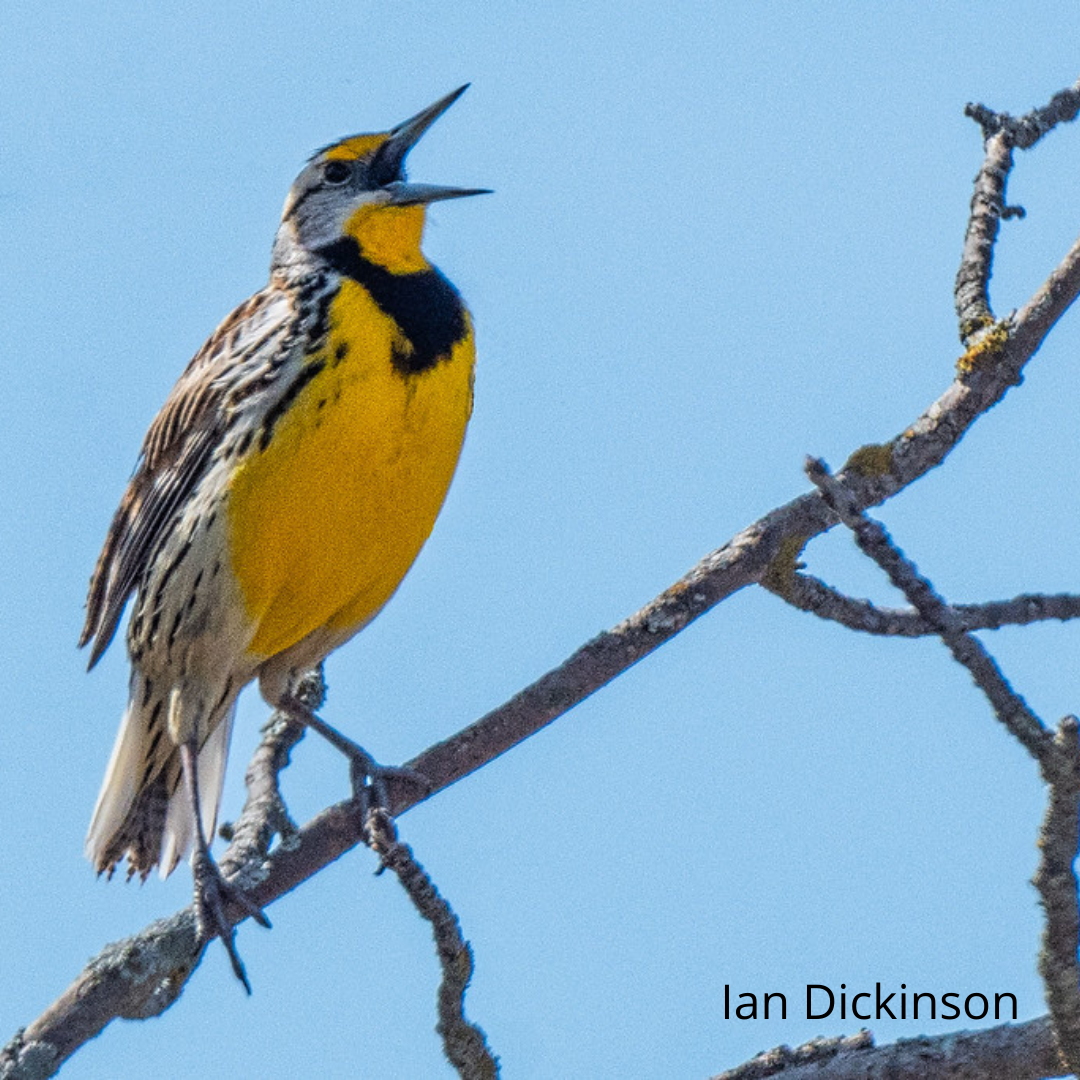 The Eastern Meadowlark is a medium-sized, migratory songbird (about 22 to 28 centimetres long) with a bright yellow throat and belly, a black "V" on its breast and white flanks with black streaks. Their backs are mainly brown with black streaks. They have pinkish legs, a long, pointed bill and a light brown and black striped head. The Eastern Meadowlark’s song is composed of a series of two to eight clear, flutelike whistles, often slurred together and descending in pitch. Eastern Meadowlarks breed primarily in moderately tall grasslands, such as pastures and hayfields, but are also found in alfalfa fields, weedy borders of croplands, roadsides, orchards, airports, shrubby overgrown fields, or other open areas. Small trees, shrubs or fence posts are used as elevated song perches.

Threats to this Species: Eastern Meadowlark numbers are shrinking due to changes in land use and the loss of suitable habitat that has resulted from development, changes in farming practices, over-grazing of pasturelands by livestock, grassland fragmentation, reforestation and the use of pesticides.

Fun Fact: Eastern Meadowlarks can be beneficial in hayfields since they eat large numbers of insects that could otherwise be harmful to crops.