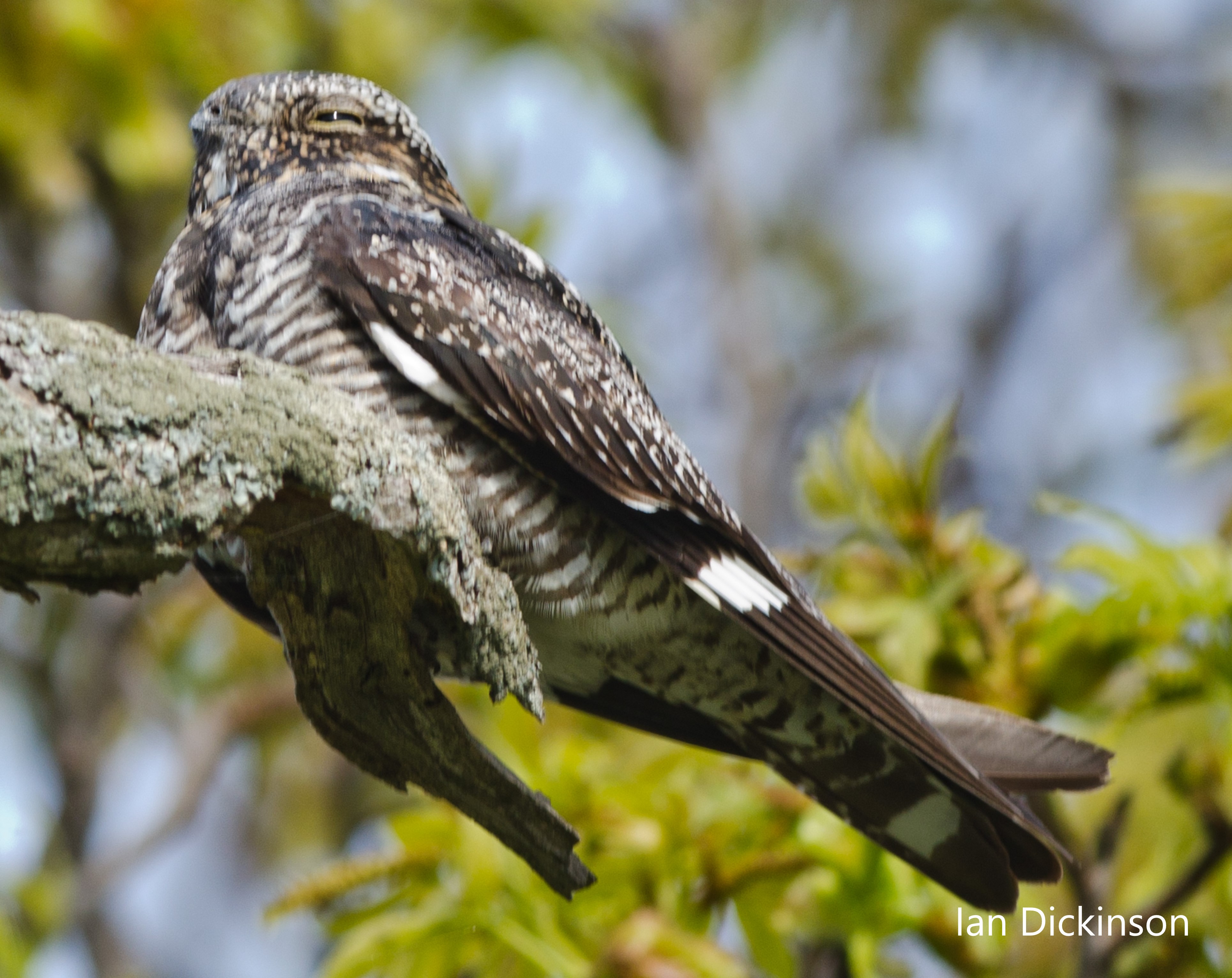 The Common Nighthawk is a medium-sized bird, 21 to 25 centimetres long, with long, narrow, pointed wings, and a long tail that is slightly notched. Its head and eyes are large for its size. Its plumage is dark brown with black, white, and buff specks, allowing it to blend in with roost sites, which includes gravel beaches, rocky outcrops and burned woodlands. When flying, a wide white stripe can be seen near the tip of the wing. Females can be distinguished by their buff-coloured throat, while males have a white throat.  Traditional Common Nighthawk habitat consists of open areas with little to no ground vegetation, such as logged or burned-over areas, forest clearings, rock barrens, peat bogs, lakeshores, and mine tailings.

Threats to this Species: The large-scale use of insecticides may be partly responsible for the widespread decline in Common Nighthawk, since insects are their main food source. Habitat degradation resulting from fire suppression, land use changes in the boreal forest and an increase in intensive agriculture are other contributing factors. The proliferation of terrestrial predators around urban areas, such as domestic cats, striped skunks, racoons and American crows, have likely caused increased nest predation.

Fun Fact: Common nighthawks are meat eaters. Its diet is based on insects and it can consume 500 mosquitoes per day.