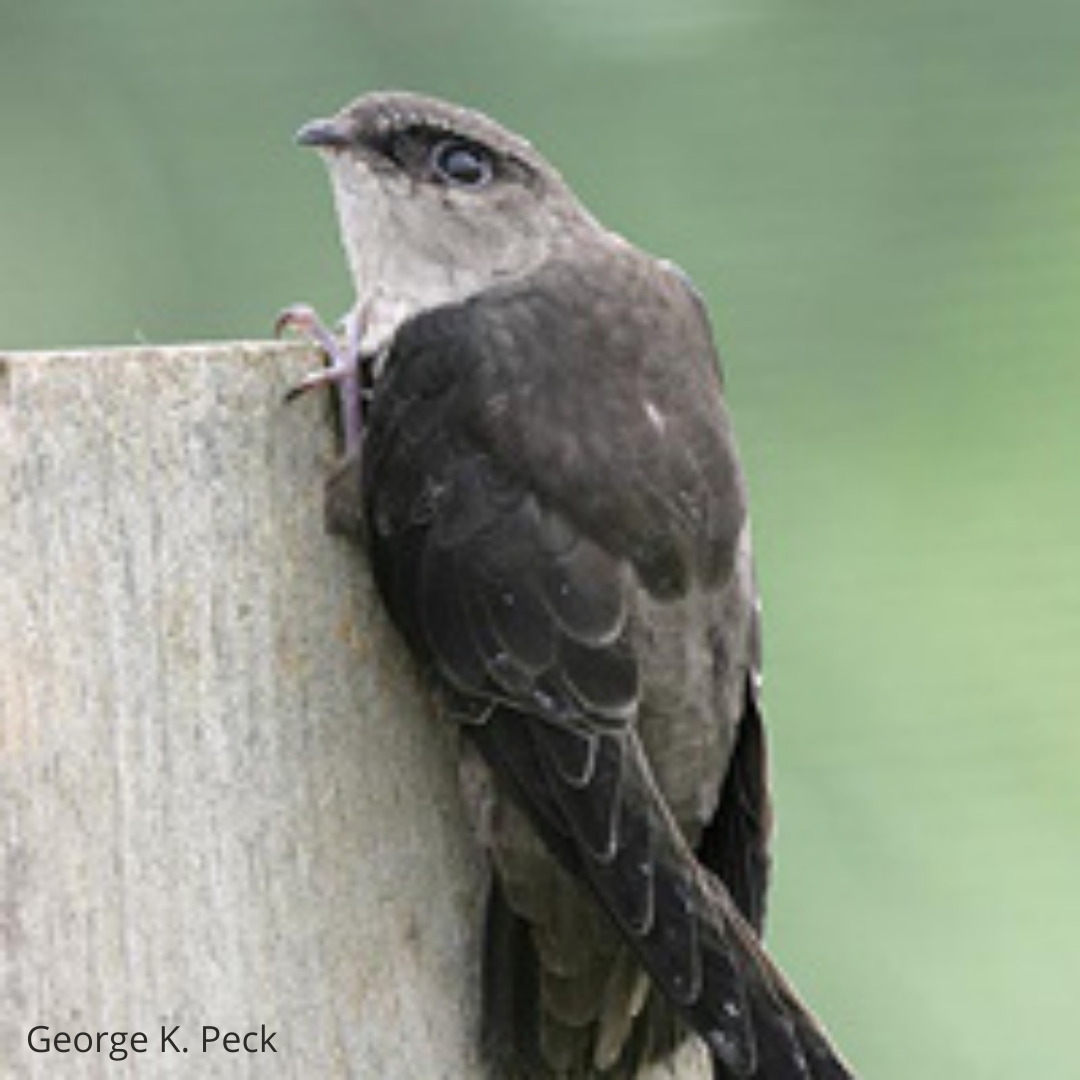 The Chimney Swift is a relatively small bird, about 12 to 14 centimetres long, with a sooty brown, cigar-shaped body, long slender wings and a lighter throat. It can be distinguished by its telltale acrobatic and erratic flight pattern. The Chimney Swift spends most of its time flying and even forages in the air, catching its prey (flying insects) in flight. Flocks can be heard making high-pitched chipping or twittering noises as they fly above the rooftops in urban areas. Before European settlement Chimney Swifts mainly nested on cave walls and in hollow trees or tree cavities in old growth forests.  Today, they are more likely to be found in and around urban settlements where they nest and roost (rest or sleep) in chimneys and other manmade structures.  They also tend to stay close to water as this is where the flying insects they eat, congregate.  Chimney Swifts nest in the populated areas of Prince Edward County and are seen on foraging and migratory flights over the IBA.

Threats to this Species: The primary causes of the current Chimney Swift population decline are unknown, but are likely related to declines in their prey, flying insects.Chimney Swifts are one of many bird species that feed on flying insects and are declining. Chimney Swifts face the added pressure of habitat loss resulting from the modernization of chimneys (capped, round, metal flues) that prohibits the swifts from entering potential nest sites.

Fun Fact: The Chimney Swift uses glue-like saliva from a gland under its tongue to cement its nest to the chimney wall or rock face.