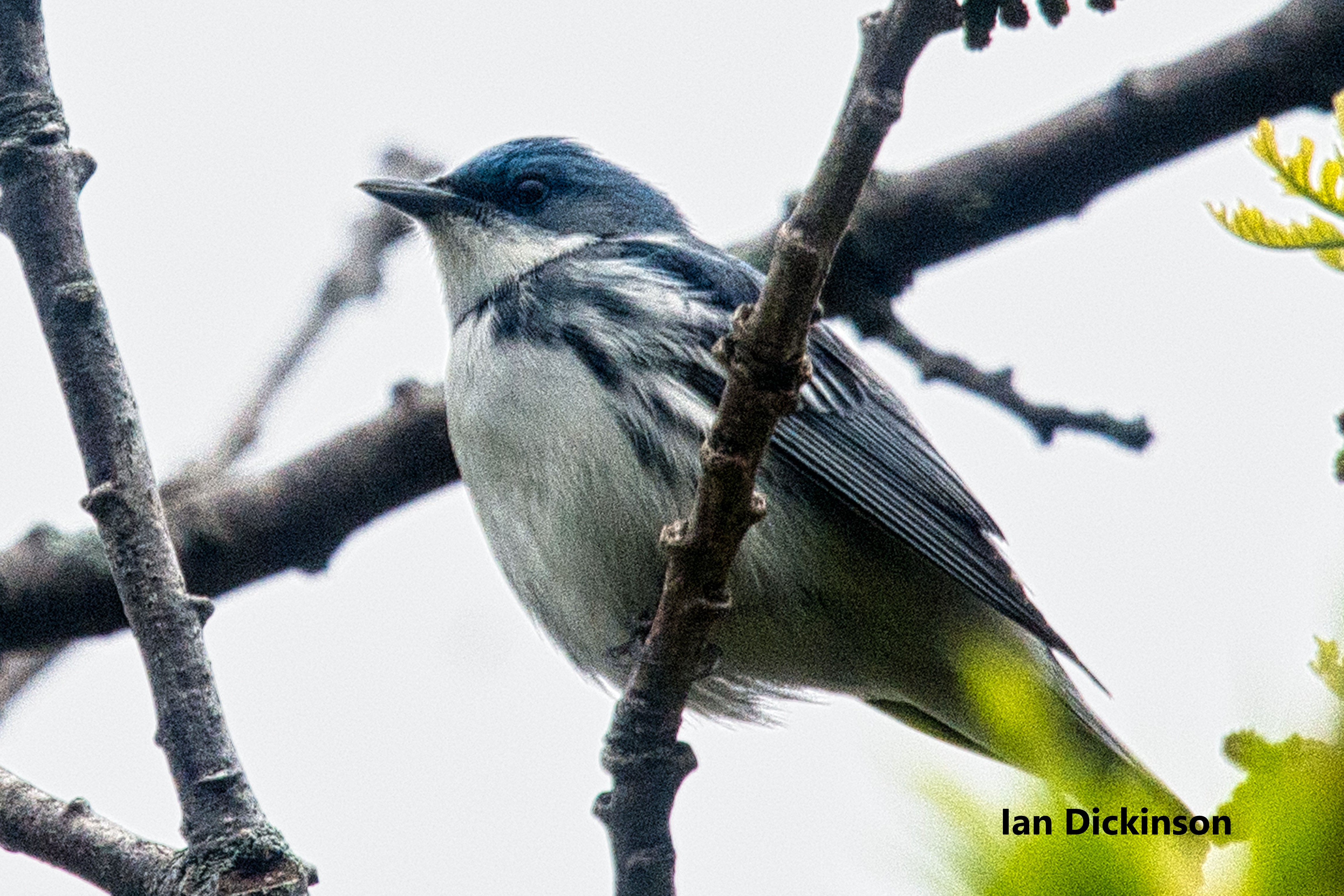 The Cerulean Warbler is a small songbird – about 10 to 12 centimetres long – with long wings and a short tail. The adult male is deep blue on top, with white under parts and a distinctive blue-black band across the throat. The adult female is blue green on top, with whitish under parts that often appear to have a yellowish tint, and yellow-white eyebrows. Both males and females have two prominent white wing bars and white tail spots.  These birds usually raise one brood of three or four nestlings each year. The Cerulean Warbler feeds mainly on insects during the breeding season and on nectar during the non-breeding season. Young birds are fed primarily butterfly larvae.  Cerulean Warblers spend their summers (breeding seasons) in mature, deciduous forests with large, tall trees and an open under storey.

Threats to this Species: In Ontario and the United States, the main threat to this warbler is habitat loss from degrading and fragmenting forests, since it requires relatively large tracts of forest.

Fun Fact: The female Cerulean Warbler has an unusual way of leaving a nest after sitting on it a while. Some people call it "bungee-jumping." She drops from the side of the nest, keeping her wings folded to her sides, and opens her wings to fly only when she is well below the nest.