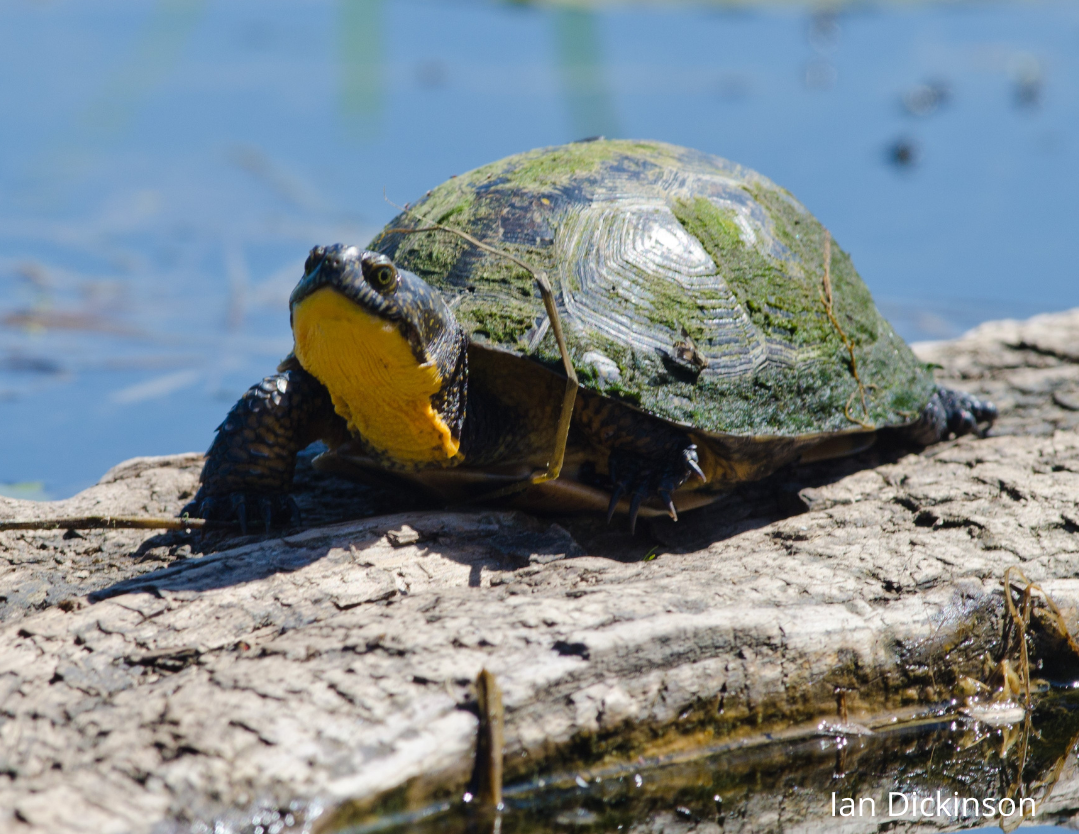 The Blanding’s Turtle is a medium-sized turtle easily identified by its bright yellow throat and chin. Unlike most Ontario turtles that have wide, flatter shells, the Blanding’s Turtle has a domed shell that resembles an army helmet. Its shell is black to brown with yellow flecks and streaks and can reach 27 cm long. Its head and limbs are black-grey.

Threats to this Species: The most significant threats are loss or fragmenting of habitat, motor vehicles, and animals that prey on eggs.

Fun Fact: Unlike other Ontario turtles, the Blanding's turtle can completely close their shells.

Species information taken from the Species at Risk in Ontario website.