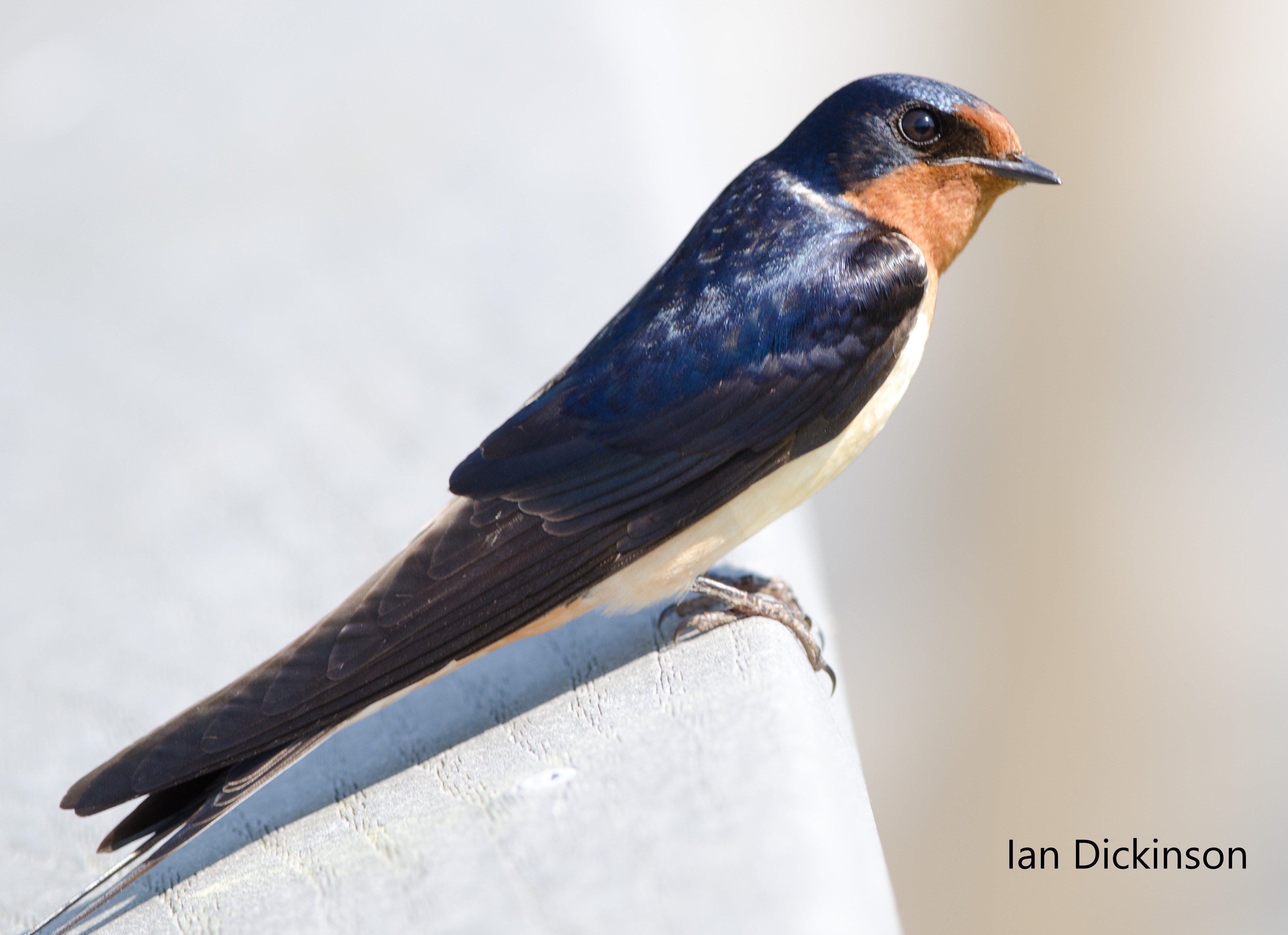 The Barn Swallow is a medium-sized songbird (about 15 to 18 centimetres long). Males have a glossy steel-blue back and upper wings, a rusty-red forehead and throat, a short bill and a broad blue breast band above its tawny underbelly.  The male has long tail feathers which form a distinctive, deep fork and a line of white spots across the outer end of the upper tail.  The female’s tail feathers are shorter, the blue of her upper parts and breast band are less glossy, and her underside is paler. Barn Swallows often live in close association with humans, building their cup-shaped mud nests almost exclusively on human-made structures such as open barns, under bridges and in culverts.  The species is attracted to open structures that include ledges where they can build their nests, which are often re-used from year to year. They prefer unpainted, rough-cut wood, since the mud does not adhere as well to smooth surfaces. Barn Swallows have commonly nested in the IBA and surrounding area.

Threats to this Species: While there have been losses in the number of available nest sites, such as open barns, and in the amount of foraging habitat in open agricultural areas, the causes of the recent population decline are not well understood. This bird’s nests are often destroyed when old buildings in rural areas are demolished or fall down. In addition, as farms modernize, many old barns that offered easy access are being replaced by large metal sheds with tight-fitting doors and no windows. Massive pesticide spraying of fields can also reduce the insect population barns swallows need for food.

Fun Fact: Barn swallows are long-distant migrants who spend their winter in parts of Central and South America, and have been found as far south as Argentina — 9,000 kilometres away!