In the late 1950’s, during the peak of the Cold War, Canada was set to unveil the fastest, highest flying, most advanced long distance interceptor jet aircraft in the world. The Avro Arrow was poised to be Canada’s greatest military achievement with testing and simulations pushing the jet faster than Mach 2 and as high as 70,000 feet. 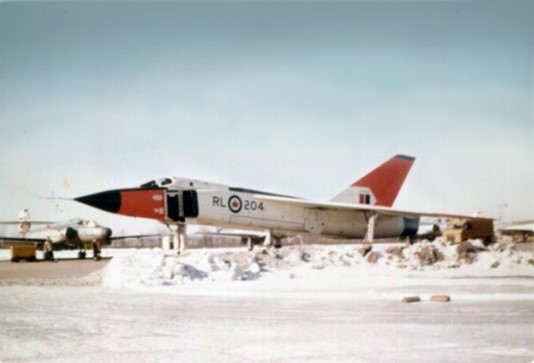 Then, in February 1959, the Diefenbaker government abruptly halted the Arrow, fired the 15,000 employees involved in the project, ordered the destruction of all research, development and production technologies and even had prototypes intentionally sunk in Lake Ontario.

The official reason was that the Arrow project was over budget. The real reasons were that if the Arrow succeeded, it would a) embarrass the United States who was already reeling from the recent success of the USSR’s Sputnik project and b) eliminate Canada as a customer of US military aviation technologies. Basically, Diefenbaker buckled under pressure from the United States and destroyed the Arrow.

The Avro Arrow is simultaneously one of Canada’s proudest technological achievements, while one of its most profound national disgraces. To this day, the truth to why the Arrow project was destroyed is unresolved but certainly will remain forever debated. For many Canadians, this was Parliament at its weakest, submitting to the pressures of the White House at the very moment Canada was set to assert herself on the international military aviation stage.

During the testing phases of the Arrow, models were launched from a remote corner of Prince Edward County. At Point Petre, testing was also conducted on the Arrow’s “Iroquois” jet engine, built by another Canadian company, Orenda. 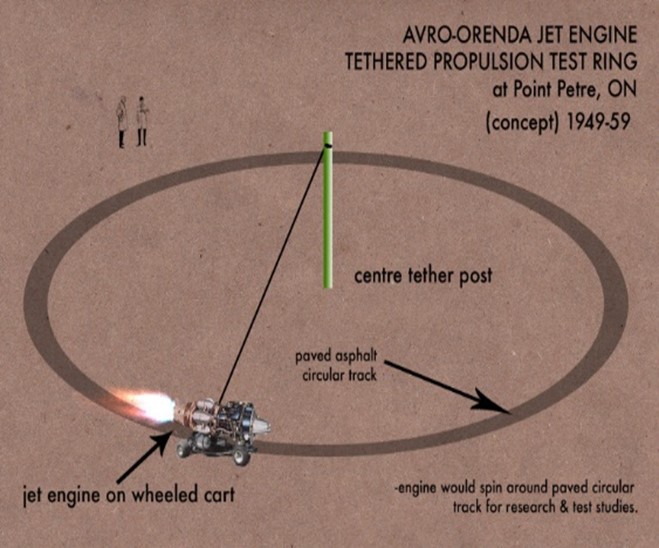 Today, part of that testing facility still exists. Within the trees and brush of Point Petre lies the asphalt ring and tether-pole which were used to test the Iroquois engine. The engine was placed on a trolley, attached to the pole in the middle, and ignited. As the engine spun around and around the ring, researchers were able to gather data.

Yesterday, wanting to explore the gravel roads and dirt trails around Point Petre, I decided to find that ring. And there it was, overgrown but still occasionally visited, a testament to Canada’s greatest technological achievement and simultaneously weakest political moment. 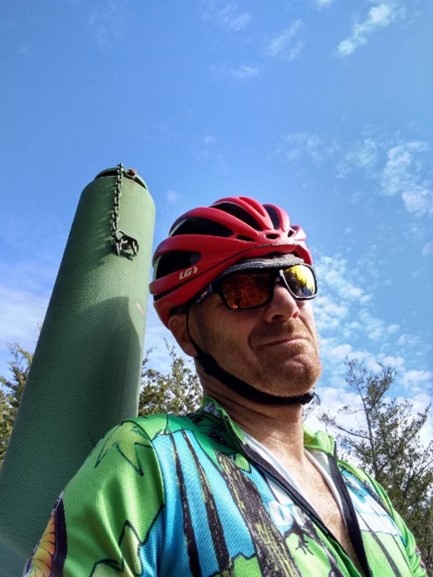 Who knows what Canada’s military future may have looked like if Diefenbaker hadn’t scuttled the Arrow. Certainly those involved in the project found themselves scattered across the globe looking for work. If you want a little taste of history, a connection to something that almost once was, then head to Point Petre and walk, or ride, around the Orenda Ring.

Alex Bowling is a life-long cyclist and writes about his travels and the things he sees at bowlingbybike.com