Strolling on a stormy day

Thunder rumbled and sheet lightening could be seen in the distance, but nevertheless the confident Strollers made their way down Charwell Point Road.  Their goal was to reach the iconic Gull Pond and rocky Lake Ontario shore that has been newly documented as important shorebird habitat.  A total of twelve Strollers and one small well-behaved dog made the trek. 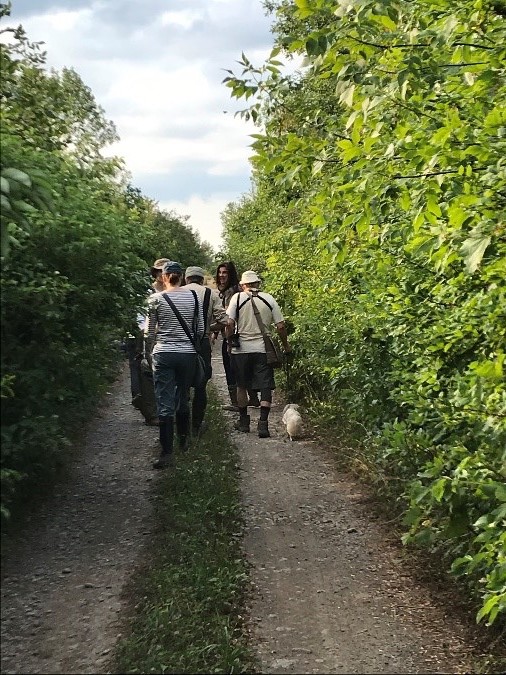 The goal of the South Shore Strolls is to introduce more people to the diverse and important habitats of the Prince Edward County South Shore Important Bird and Biodiversity Area (IBA).  South Shore Joint Initiative is working to achieve protection for the public areas of the IBA.  Public appreciation and recognition are important steps along the way to convincing the provincial Government to designate Point Petre Provincial Wildlife Area and Ostrander Point Crown Land Block as Conservation Reserves.

On August 16 the South Shore Stroll began at the intersection of Army Reserve Road and Charwell Point Road.  We walked down Charwell Point Road to the track leading to the rocky shore and along the shore until we reached Gull Pond.  The birds were silent in the sultry weather, but we were able to pick out Eastern Towhees, Black-capped Chickadees, Blue Jays and Gray Catbirds.  On the shore we were pleased to see a lone Sanderling – a small shorebird, probably an early migrant from the James Bay breeding grounds. 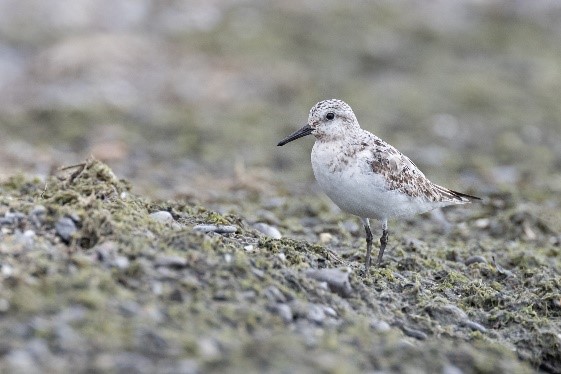 Gull pond is surrounded by cattails.  Arrowhead Water Lilies bloomed around the edges and bases of the cattails.  Common Boneset was just coming into flower.  One of the identifying features of Boneset is that the stem appears to be growing through the leaf. To early herb doctors, this indicated the plant would be useful in setting bones, so its leaves were wrapped with bandages around splints. The dried leaves have also been used to make a tonic, boneset tea, thought effective in treating colds, coughs, and constipation. 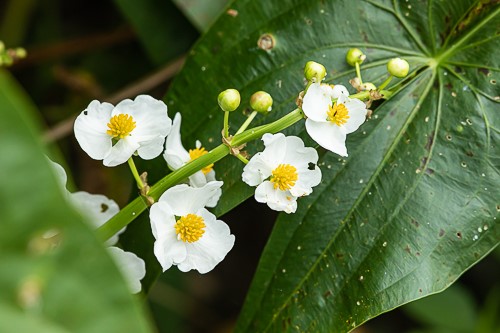 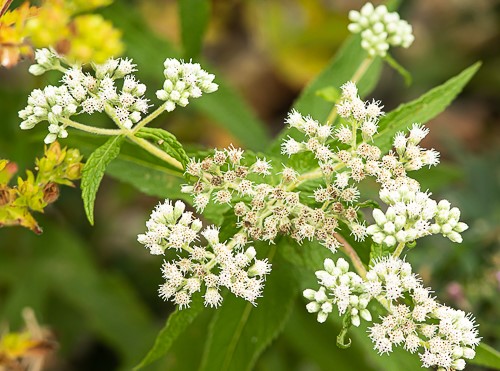 We saw several Monarchs along the walk one in particular that looked as though it might be getting ready to deposit eggs.  There were Giant Swallowtails drifting along the road way, as well. 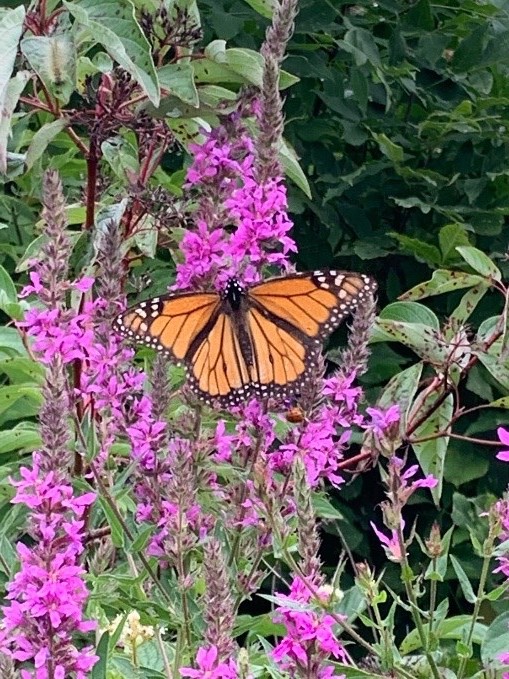 We made a detour to look over the Lighthall Berm into the large marsh and watched a pair of Belted Kingfishers swoop and slide over the water.  The expected Mute Swans glided peacefully among the tree scrags.  Again, there were just a couple of shorebirds below the dam – Lesser Yellowlegs and Solitary Sandpiper.

We watched as the storm swirled around overhead moving to the left of us and north through the County.  As we retraced our steps back to the cars, we received a welcome sprinkling of warm rain drops.