Stroll in the NWA Dec 6

It was a brisk -4 degrees with a light breeze on Sunday, December 6th for our SSJI guided walk at Prince Edward Point. Eleven people and one Shih-tzu attended the two-hour stroll from the Bird Observatory and along Traverse Lane to the lighthouse. Co-leaders Amy Bodman and Terry Sprague began the walk by sharing some background on the National Wildlife Area and the early days of bird banding that took place at the lighthouse. The leaders also talked about the commercial fishery that was based at the harbour.  Amy explained that SSJI is working on a goal to have all the waters of the Important Bird and Biodiversity Area designated as a National Marine Conservation Area.

The National Wildlife Area exhibits several examples of invasive species that have been introduced since the 1980s.  A member of the Milkweed family, Dog-strangling Vine (DSV) is a problem because Monarch butterflies are attracted to lay their eggs on the leaves.  Unfortunately, the caterpillars cannot thrive on DSV leaves and do not reach maturity.  Since Prince Edward Point is an International Monarch Reserve the Dog-strangling Vine has been the target of a Canadian Wildlife Service spraying program.

Of particular interest was a huge drift of mussel shells seen at the Lighthouse shore. Terry explained that most of them were Quagga Mussels and the subtle differences between the Quagga and the Zebra Mussels were pointed out. Very few Zebra Mussels shells were found. Both species are native to the Black Sea in Eurasia and were introduced to Ontario in the late 1980s via ship ballast. 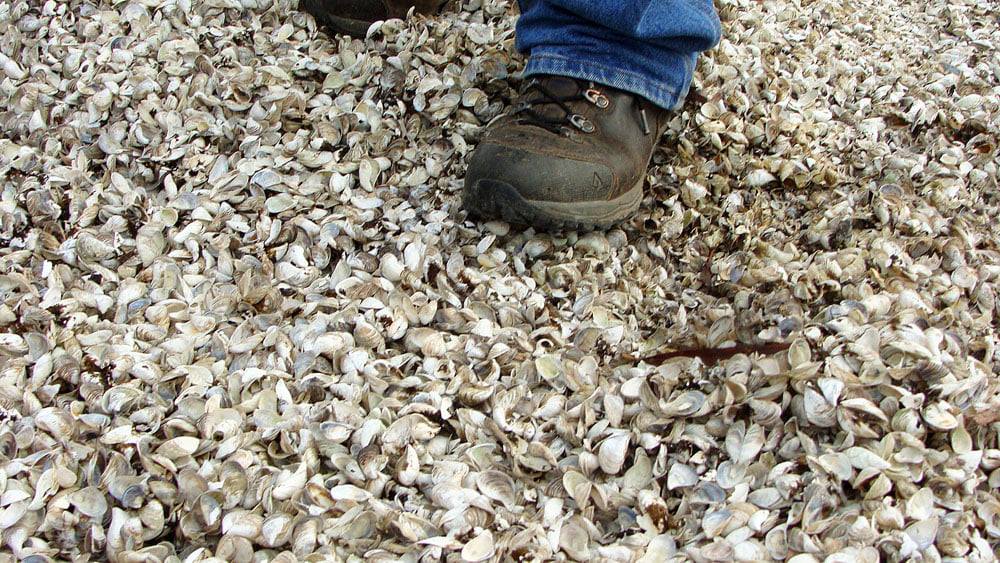 Few birds were around and the majority of waterfowl remained too distant to be identified. However, White-winged Scoters and Bufflehead were identified. A Gray Catbird, Carolina Wren and a Greater Yellowlegs that had been seen up until late last week failed to appear, but we did manage to find an Iceland Gull at the harbour that had been seen there a day earlier. Species-wise, we barely made a half dozen as the Point was almost entirely devoid of birds, except for four Common Redpolls that zoomed past us, along with a couple of Black-capped Chickadees and a lone Mourning Dove. 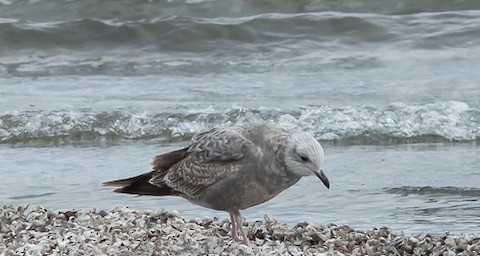 Thank you to all who attended.