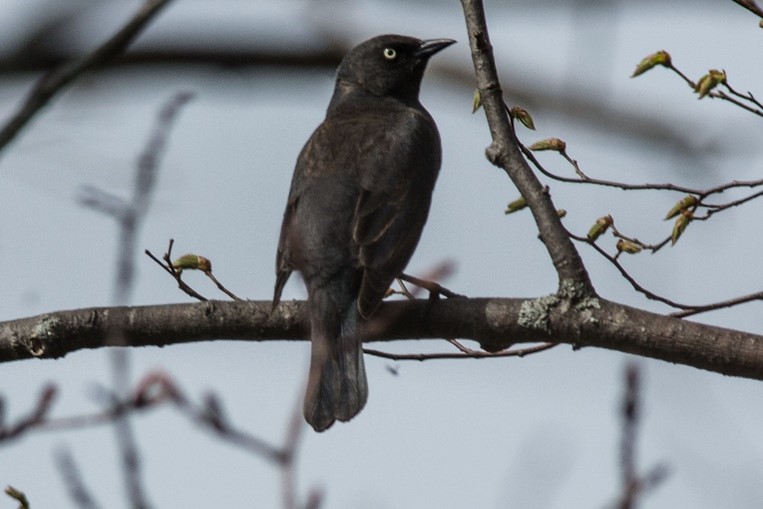 The Rusty Blackbird is considered a species of Special Concern by both the Federal and Provincial government and is one of North America’s fastest declining species according to the Cornell Lab. Since 1970, this species has declined by 85-90%, with a decline rate of 5.5% according to the Christmas Bird Count.

The Rusty Blackbird is a robin-sized bird with piercing yellow eyes. It has a slender, slightly curved dark bill. Breeding males are glossy black in colour, females are gray-brown, and non-breeding males have a rust-coloured look. It is often confused with the Brewer’s Blackbird, which pretty much looks the same, except that the Brewer’s Blackbird has a stouter bill, longer legs, and glossier feathers like it has somewhere fancy to be.

Rusty Blackbird habitat includes coniferous forests adjacent to wetlands such as peat bogs, marshes, swamps, beaver ponds, and flooded woods. During migration, they are primarily associated with wooded wetlands. They typically nest in isolated pairs though they have been known to join colonies. Nests can usually be found in small trees or shrubs near water.

You can find the Rusty Blackbird in the County during migration season, with their breeding season taking place in Northern Ontario and every other province and territory in Canada! This means that Canada should have a major responsibility in the conservation of this species. 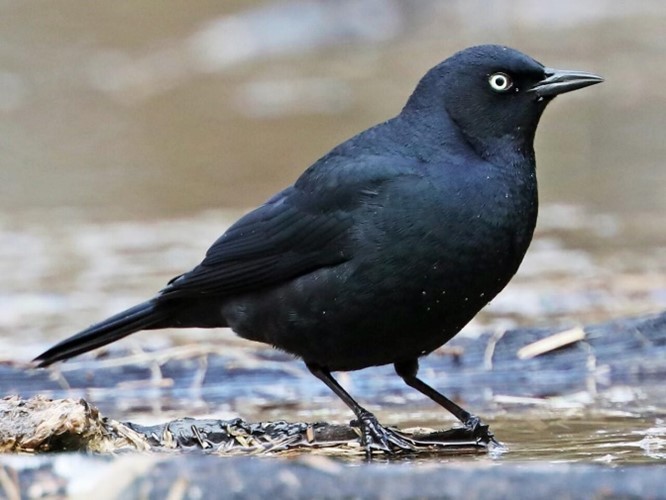 Unfortunately, identified threats to this species include the loss and degradation of their over wintering habitat in the United States, blackbird control programs in the agricultural sector, and pesticides. On home soil, Rusty Blackbird breeding habitat is threatened by the degradation of wetlands by mercury, acidification, and climate change. 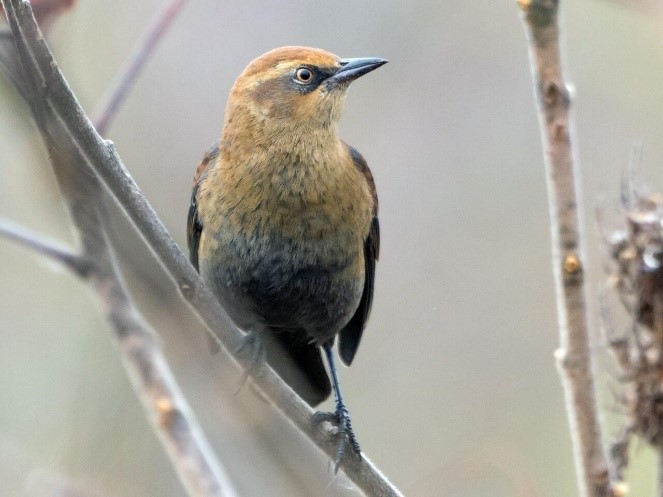 Fun Fact: Rusty Blackbirds’ diet consists of mainly insects and plant matter, but it sometimes eats other birds! This species has been documented feasting on sparrows and robins!

Listen to Rusty Blackbird calls and see if you can hear them during their next migration in the County!

Want to learn more about this species? Check out All About Birds.