Shrikes are found all over the world, even here in Ontario! The species we have, the Loggerhead Shrike, is considered Endangered in this province, with only 100 individuals believed to be left in Canada. 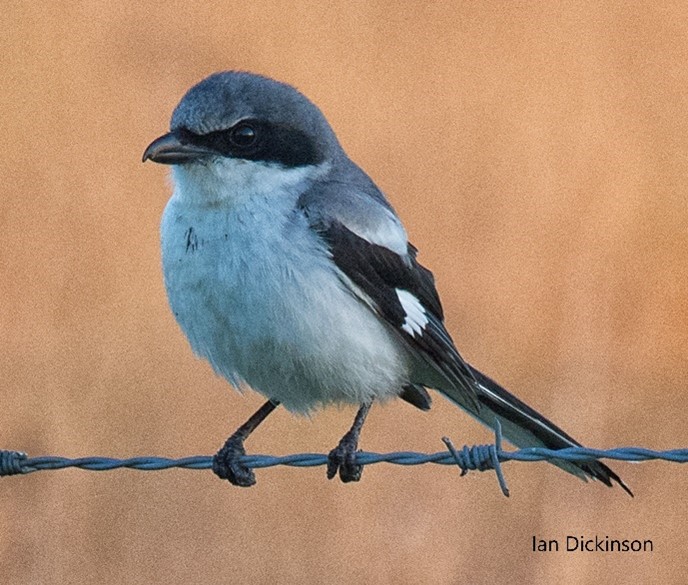 The Loggerhead shrike is a striking, robin-sized bird. It has an all-black bill that is hooked at the tip, a medium-gray crown and back, and a raccoon-like black face mask. The throat and breast are white, the tail is black with prominent white outer feathers, and the wings are black with a bold white patch that flashes when the bird is in flight.

Until the 1970’s this species of bird could be found in many areas of Ontario. Nowadays, it is only found in two core grassland locations (Carden and Napanee), with sightings of them in other areas during the migration season, such as the Important Bird and Biodiversity Area of the South Shore. They prefer open country areas with short vegetation and spaced-out shrubs or low trees, particularly those with spines or thorns. They frequent agricultural fields, pastures, riparian areas, desert scrublands, savannas, prairies. Loggerhead Shrikes can also be found along mowed roadsides with access to fence lines and utility poles. 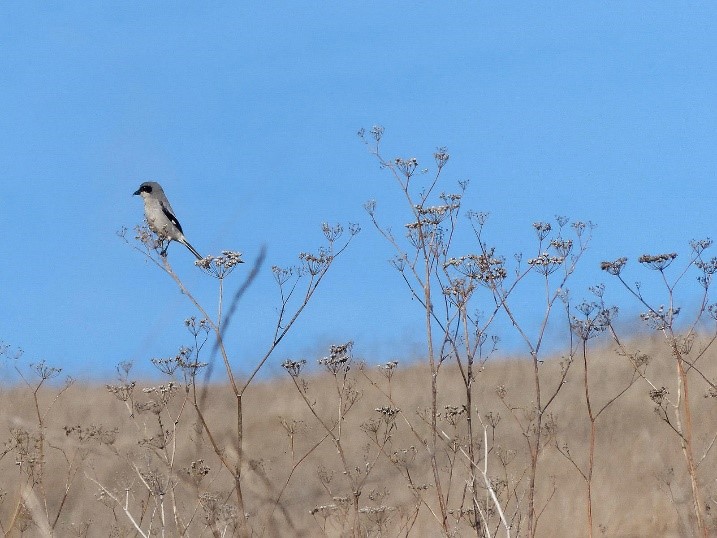 Loggerhead Shrikes are the only known predatory songbird. They prey on both vertebrate and invertebrate animals, but due to their lack of talons or claws they must impale their prey. Impaling is done with the slightly hooked beak, often against either a thorn or onto barbed wire. You can check out this interesting way of eating here (warning: video of shrikes impaling their food).

The most common threat to Loggerhead Shrikes is the loss of habitat caused by developing their preferred spaces of grassland and pasture into residential areas. Other threats include the accumulation of toxins from the species they eat and reduction of their prey species due to the increased use of pesticides. Another good reason to not use pesticides to get rid of insects and rodents around the house.

Wildlife Preservation Canada is leading the way in Ontario with a breeding program to try and help this species recover on the Carden and Napanee alvars. You can read more about their work here.