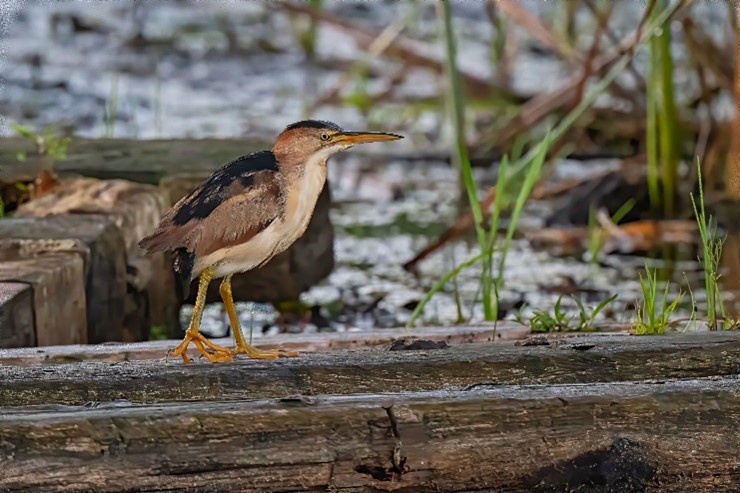 The South Shore is home to many Species at Risk, including the Least Bittern. Least Bitterns can be found in a variety of wetland habitats but prefer marshes that have tall cattail stands with a mix of open pools and channels. Enjoying our warm weather in Spring and Summer to nest and feast on all the goodies our marshes offer, by mid August to mid September they head down south for that warmer weather we all dream about during the cold winter months here in Canada.

Like a lot of birds, the male of this species is more vibrant in colour, having a darker crown and back then the females (and juveniles) and you can sometimes see what looks like two white “racing stripes” along the back. They have long yellow legs, and their long necks are often drawn in, giving them a hunched appearance. Their throats are tan coloured with whitish streaks running vertically. They have a variety of different calls, including the male's quiet coo-coo-coo-coo to try and attract a mate and mark its territory (listen to Least Bittern calls). 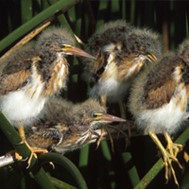 The smallest of the Heron family, the Least Bittern
enters this world looking like it went to the wrong hairdresser.
(Photo:  A.Morris/VIREO)

Every species has an attribute that makes it unique. When a Least Bittern detects danger, it freezes in place, erects bill upwards and sways its neck in the wind like a reed to fool predators such as snapping turtles and red-tailed hawks. You can watch a cool example of this happening here.

Although a somewhat secretive and elusive bird, the Least Bittern has been classified as Threatened by the provincial and federal government, with an estimated 1,500 breeding pairs in all of Canada (Ontario Nature). In the last 10 years, the species has declined by 30%, largely because of the loss and degradation of high-quality marsh habitat. Least Bitterns do not handle human disturbances well (i.e., lights from buildings, boat wakes, loud noises) and will leave marshes if the disturbance becomes too great (Ontario.ca). It is up to us to work towards protecting important habitats like wetlands to prevent further loss to species such as the Least Bittern. 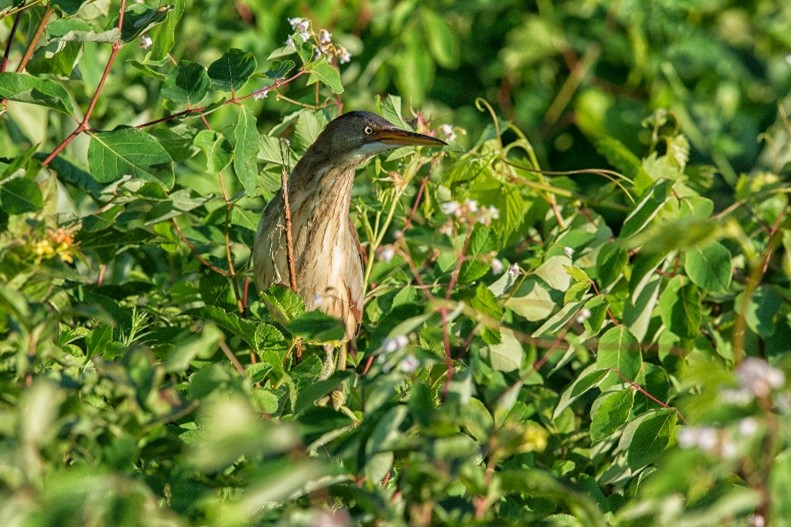 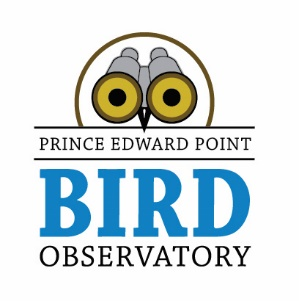 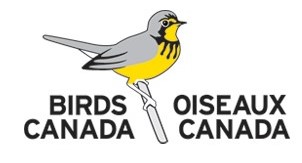