Twenty-eight enthusiastic citizen scientists headed out early December 18th on the forty-fifth Prince Edward Point Christmas Bird Count. The count circle is centered on Waupoos Island in Prince Edward Bay and stretches along the water from Point Traverse of the Prince Edward National Wildlife Refuge to across to the Bay of Quinte near Alolphustown.

While the day began with mild, near freezing temperatures, with only a light SW breeze, it soon deteriorated to heavy snowfall causing the birds to hunker down and most teams to head home by noon. This unfortunate change in weather resulted in our second lowest species count of 57; well below our average of 66.8 species. Only 9,205 birds were counted, again well below the average of 31,566.

On a more positive note, the tally for American Robin at 121 was nearly double that of the 45-year average. Similarly, the 376 Cedar Waxwings was twice the yearly average. Perhaps the abundance of red cedar berries accounts for this. ‘Good’ birds included Northern Shrike, six Bald Eagles, Merlin, Brown Creeper, and two blackbird species, either Red-winged or Rusty. Highlights of count week included Yellow-bellied Sapsucker, Winter Wren, and a very rare Golden Eagle. The Eagle was subsequently counted and photographed during the Sandbanks Christmas Bird Count a few days later.

Thanks to all of the volunteers who made my first year as compiler so painless and especially to the team leaders, John Licharson, Barry Pinsky, Amy Bodman, Kathy Felkar, Les Stanfield, Cheryl Anderson, and Tyler Hoar. 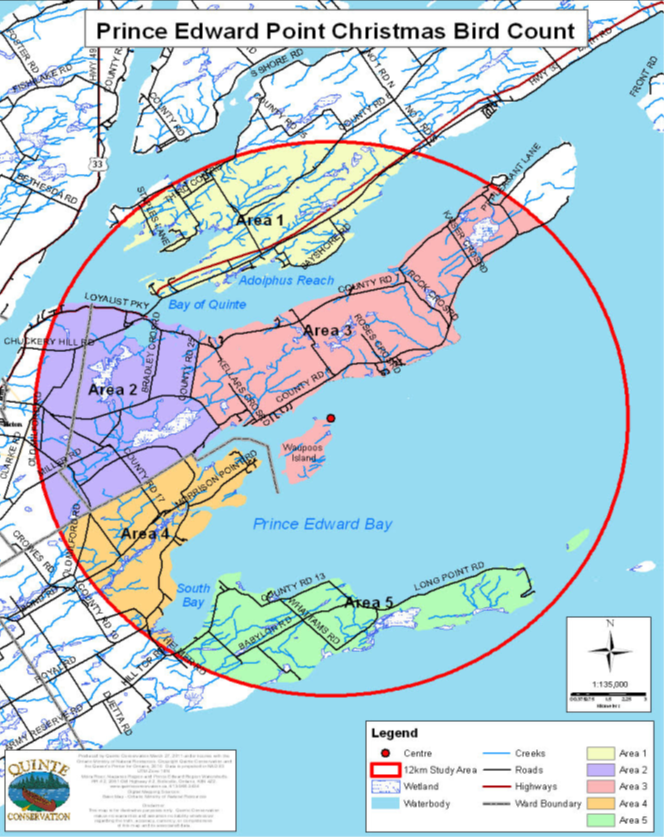