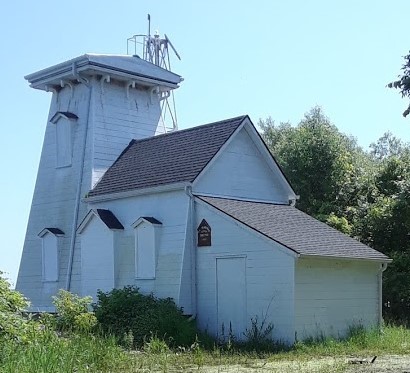 The History Stroll at Prince Edward Point Marked the first occasion in the past year that South Shore Joint Initiative was able to allow unrestricted registrations for a South Shore Stroll.  As a result, there was a celebratory mood when we met at the Prince Edward Point Harbour parking lot on Saturday July 17.  Marc Seguin and Mark Paddison were the leaders for our group of over 20 people.  We strolled first to the Point Traverse Lighthouse noting the Great Egret, Mallards and Caspian Tern in the harbour.  Local historian Marc Seguin explained that the Lighthouse had several names over the years, but that, despite it being at Prince Edward Point not Point Traverse, it was that name that had “stuck”.  Due to Marc’s lobbying diligence the Lighthouse was designed a Heritage Building in 2017.  The Lighthouse is only one of the many that were built around the eastern section of Lake Ontario to guide steamship and sailing traffic in the late nineteenth century. Several have been decommissioned, destroyed or replaced by beacons.  The pyramidal design of the Lighthouse is unique and there is a small keeper’s dwelling attached to the rear.  Since designation, the Lighthouse has been restored by Parks Canada.  The foundation has been rebuilt after the floods of 2019 washed away some of the mortar and rocks.  The nearby Lighthouse shed is considered part of the designated property.  As a result, it has also been restored.  During Marc’s presentation we were able to see many Tree and Barn Swallows circling overhead.  An inspection of the shed interior revealed three Barn Swallow nests.  There were a few Cliff Swallow nests around the upper soffit of the Lighthouse.

Heading back along the road, Mark Paddison led us into the fields at the opposite end of the point. We watched many Monarchs dipping and diving through the meadow. 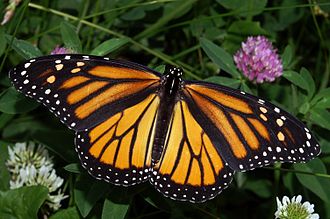 Vipers Bugloss was in bloom everywhere and we identified Wild Basil, Bull Thistle and Poison Ivy! 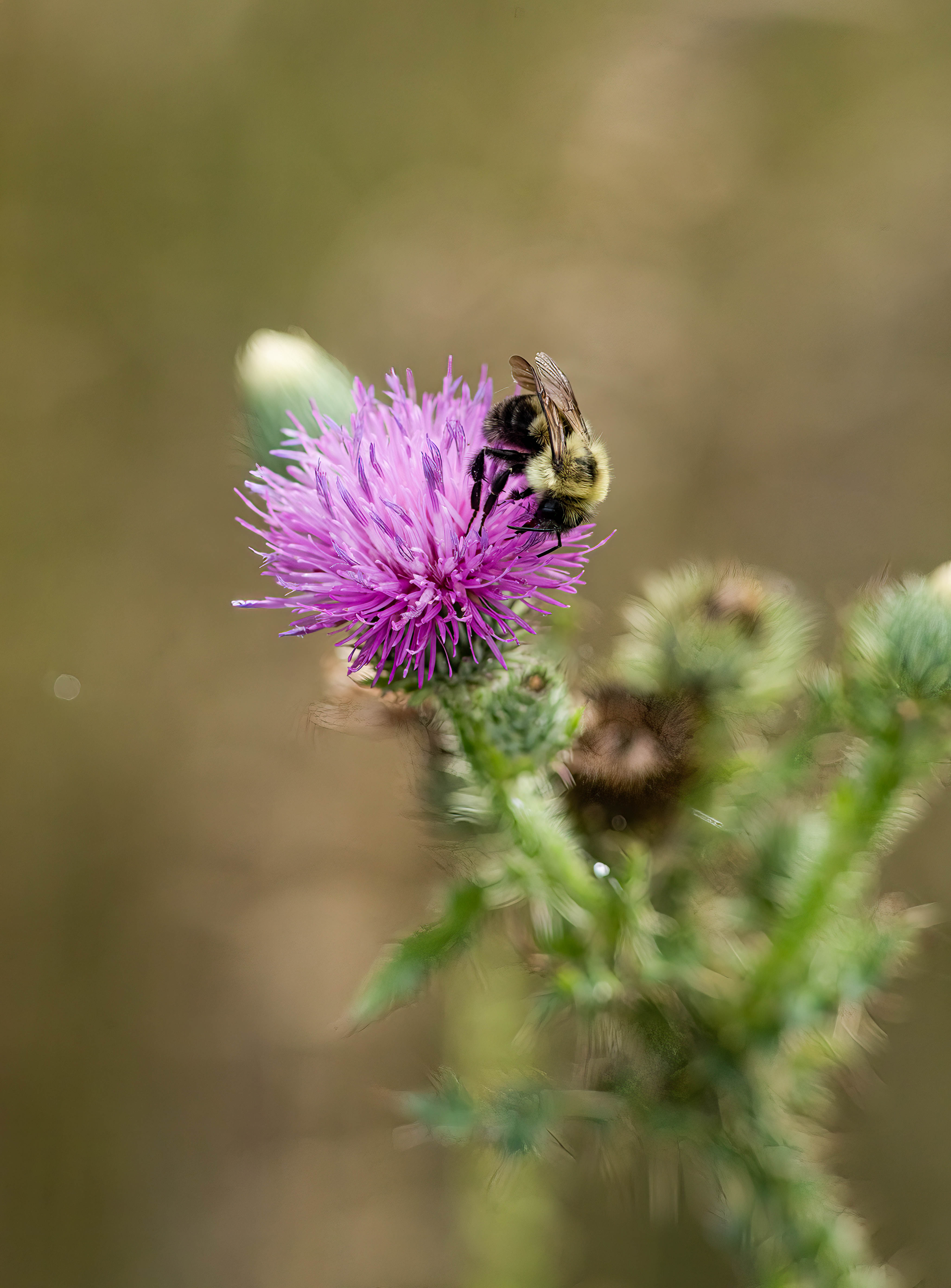 Mark pointed out the obvious signs of long-ago settlement in the area.  There was a split rail fence and old track bisecting the field.  We saw many old apple trees and an amazing tall and stately Shag Bark Hickory tree.  Mark is in the process of mapping all these features which are easier to find in the winter.  We strolled a long way into the fields and eventually into a wooded area where Mark pointed out the remains of an attempt to build a stone wall.  Close by there was a disintegrating rail fence.  Mark’s theory is that when the attempt to build the stone wall was unsuccessful the settlers moved on to the more reliable rail fence construction.  Mark also showed us a section of an old topographical map that showed how most of the land at the point had been cleared at one time. Having braved the mosquitos in the woods we returned to the fields and made our way back to the Harbour accompanied by the laughing call of a Common Loon.

More information about the Point Traverse Lighthouse and all the Lighthouses in Eastern Lake Ontario is in Marc Seguin’s book For Want of a Lighthouse available at Indigo, Amazon and Books and Co.