The day was fine – brisk and sunny.  A convivial group parked at the corner of Brewer’s and Hilltop Roads to begin our stroll to the “Miller”.  To my dismay some even made their way up Hilltop Road from County Road 13 – a treacherous drive in my opinion.  I commend their adventurous nature!

The Miller Family Nature Reserve was purchased from the Miller family by Hastings Prince Edward Land Trust in 2012 with funds donated from Nature Conservancy Canada and the Ontario Heritage Trust.

The Miller family, which had farmed the 466 acre property for three generations, wanted to find a solution which would protect the environment and honour their family roots.   After purchase the Hastings Prince Edward Land Trust developed a stewardship plan for the property.  Although the property is secured as a nature reserve, limited public uses are permitted.  The property is used for research, including by Prince Edward Point Bird Observatory and public education and awareness initiatives.

Our Stroll began at the South gate to the property.  We followed an old farm track through meadows, white cedar and red cedar habitat.  We decided not to investigate the dug pond on the property to avoid the Prickly Ash grove that surrounds it. We noted the position of the old farm well which is now filled in.  There were several areas of alvar exhibiting typical alvar vegetation. About halfway to lake we encountered a small pond formed by a wetland and stream that was flowing towards the lake from an area closer to Hilltop Road.  As we approached the lake the land became wetter, and several different kinds of vegetation showed up.  The leaves of Blue Flag and Red Osier Dogwood shrubs were typical of this part of the Reserve.

Dale Smith documented the birds we saw along the way.  Here is his list: 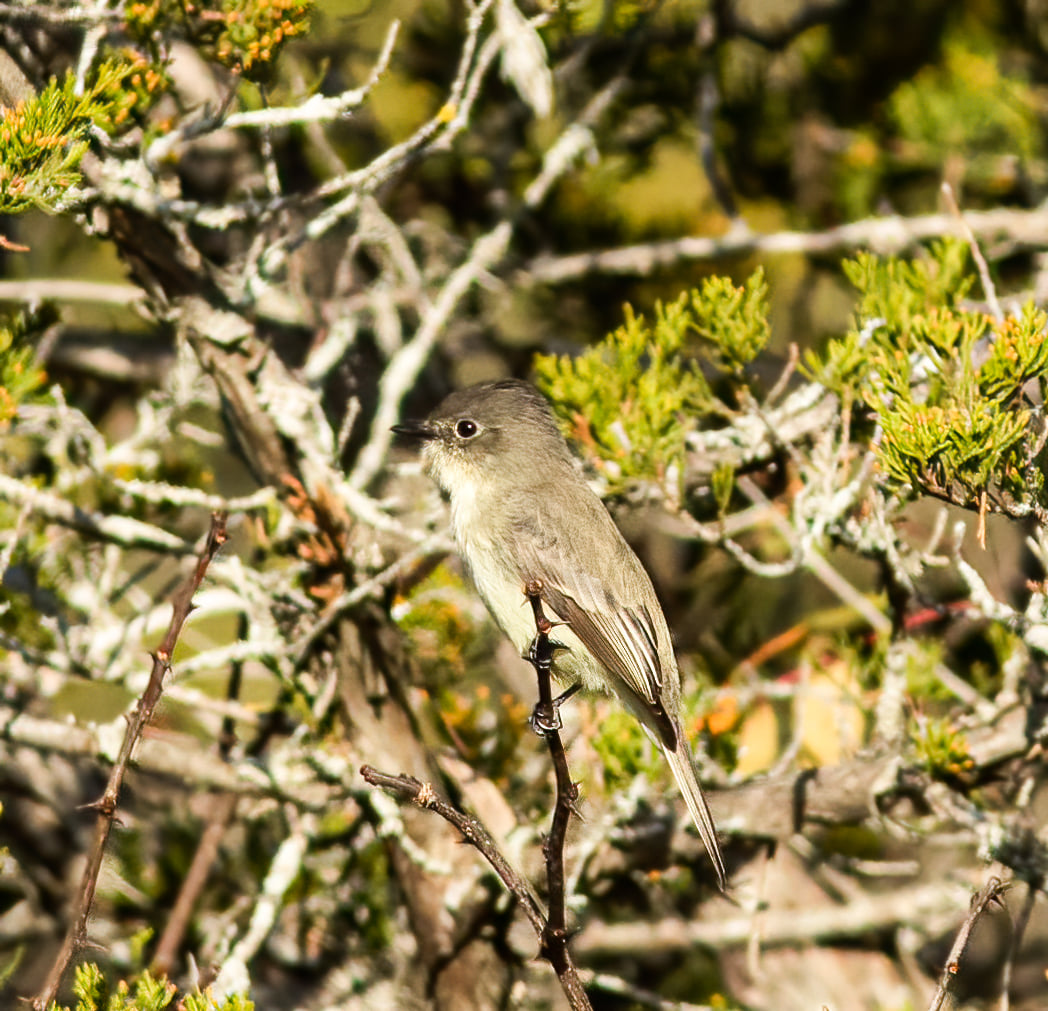 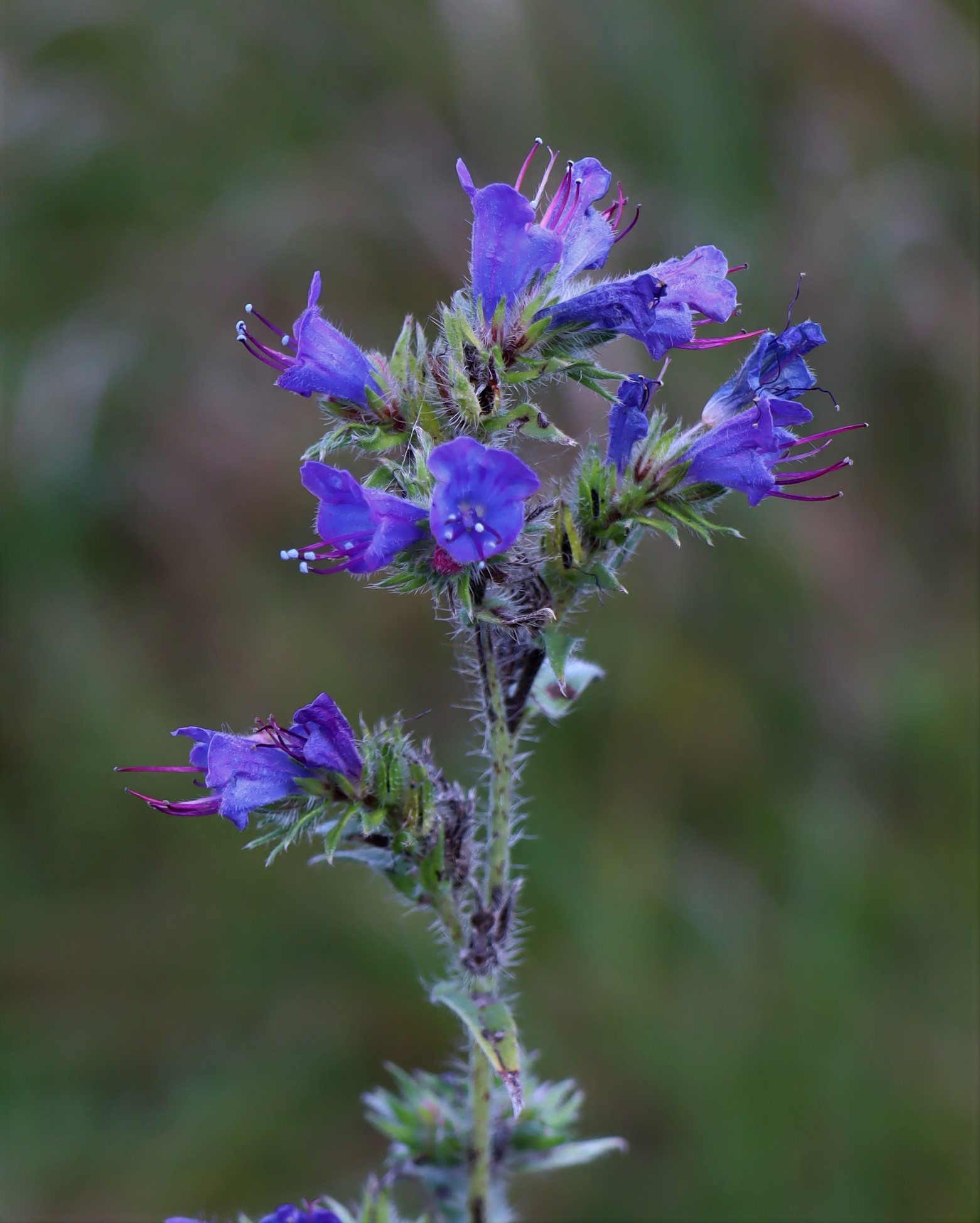 Unfortunately, we were unable to get to the shore through the significant shoreline wetland.  Thank you to everyone who joined me on this excursion to the Miller Family Nature Reserve.  Thank you also to Hastings prince Edward Land Trust for allowing our Stroll on their property. 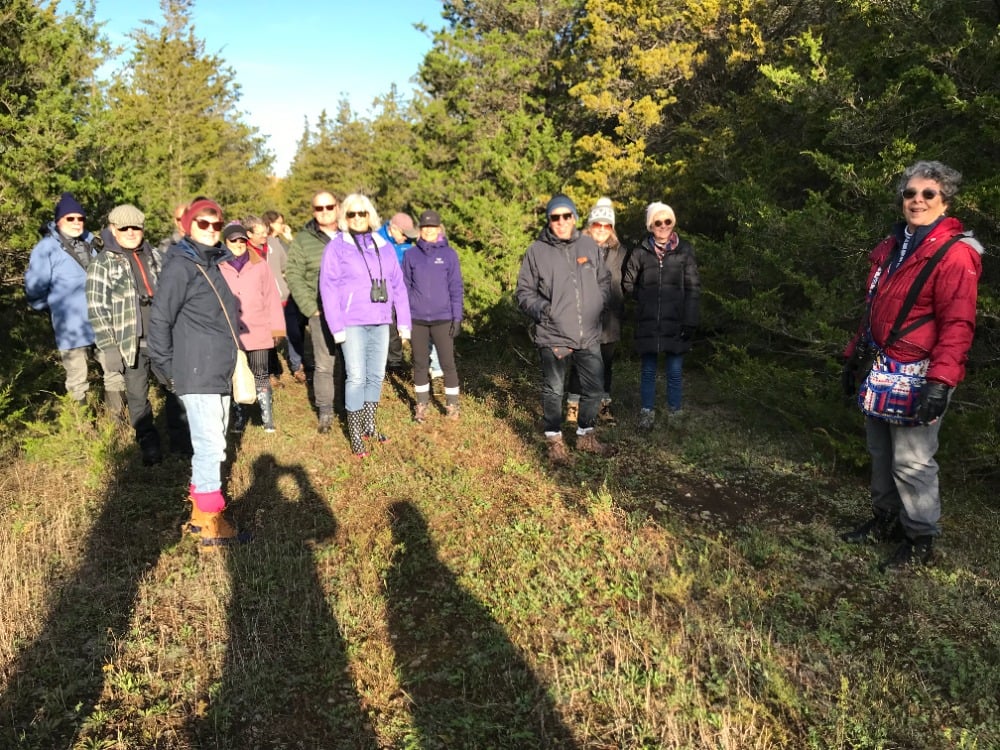