Amanda Tracey Coordinator, Conservation Biology – Central Ontario-East for Nature Conservancy of Canada (NCC) led a small group on a Stroll on the MapleCross Coastline Reserve on Saturday June 19.  The Stroll was timed to be part of the month long individual BioBlitz promoted by Prince Edward County Field Naturalists, Prince Edward Point Bird Observatory and South Shore Joint Initiative. Amanda was able to describe to the group the activities on the Reserve aimed at eradicating invasive species and re-introducing native species.  She showed us Wild Basil (below left) and Wild Bergamot.  Vipers Bugloss (below right) was in full bloom along the trail. 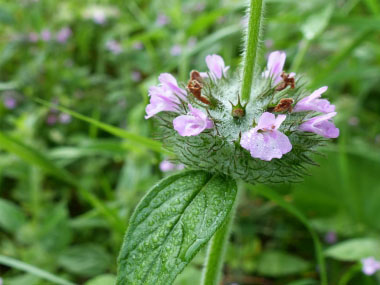 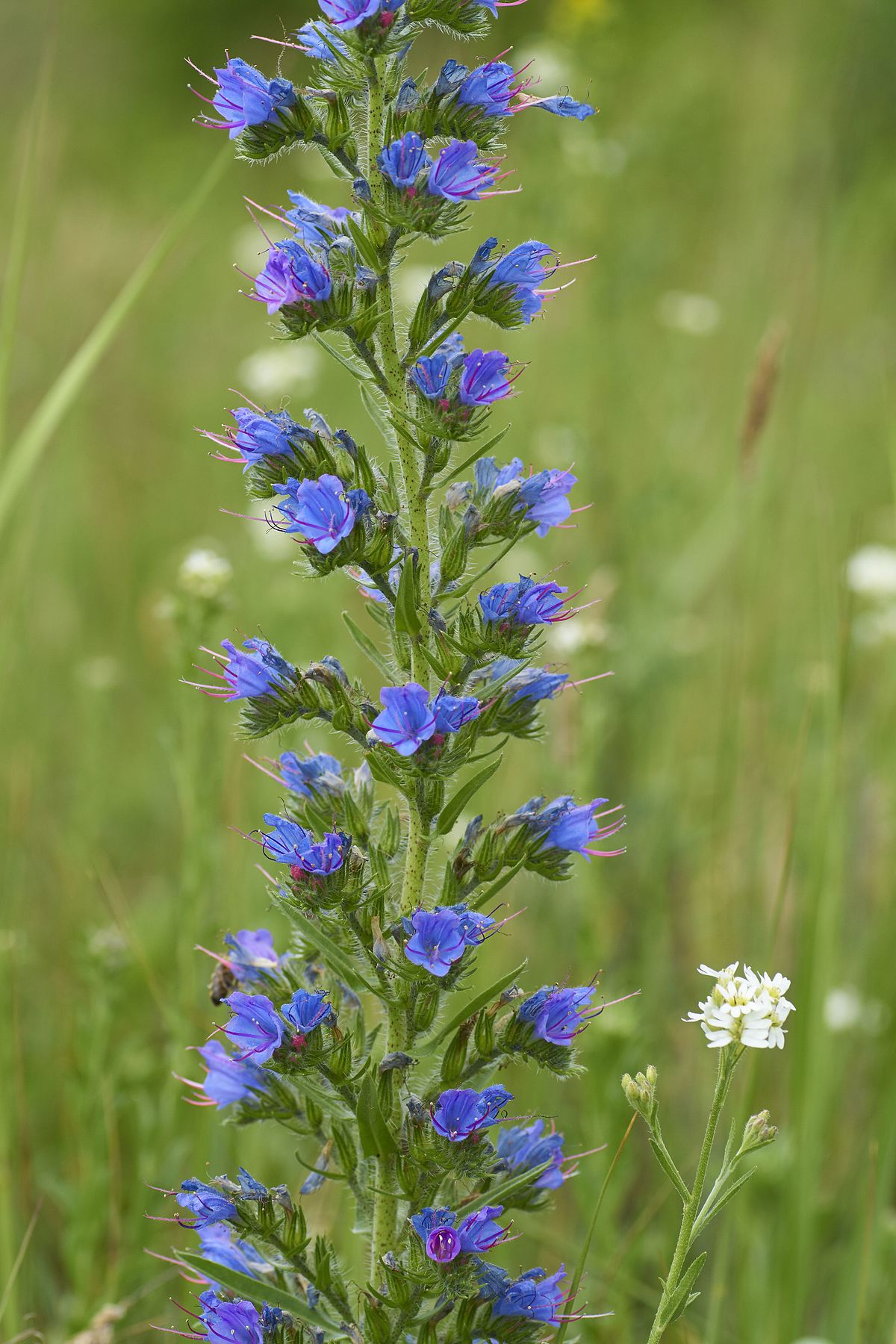 We were also listening to bird song and spotting birds along the way.  The buzzy call of the Clay-coloured Sparrow rang out across the meadow.  Common Yellowthroats called out “witchedee, witchedee” while the Yellow Warblers sang “sweet,sweet, so sweet”.  Eastern Towhees were telling us to “drink your tea-ea-ea” and Grey Catbirds “mewed” from the bushes.

Amanda showed us a small patch of Brome Grass which can be identified by a “W” mark on the leaf.  Brome Grass is an agricultural grass which has escaped from farm fields.  It tends to out compete native meadow grasses so NCC will try to eradicate it from the MapleCross Reserve. 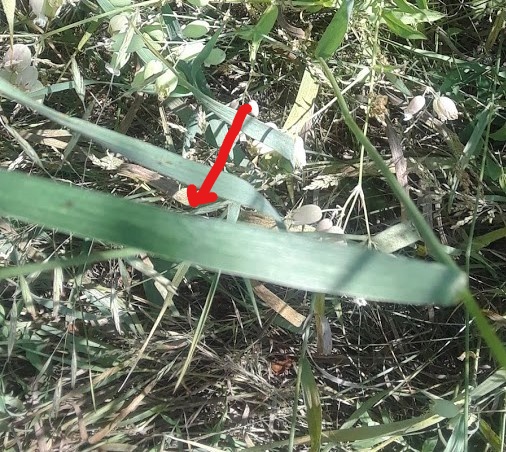 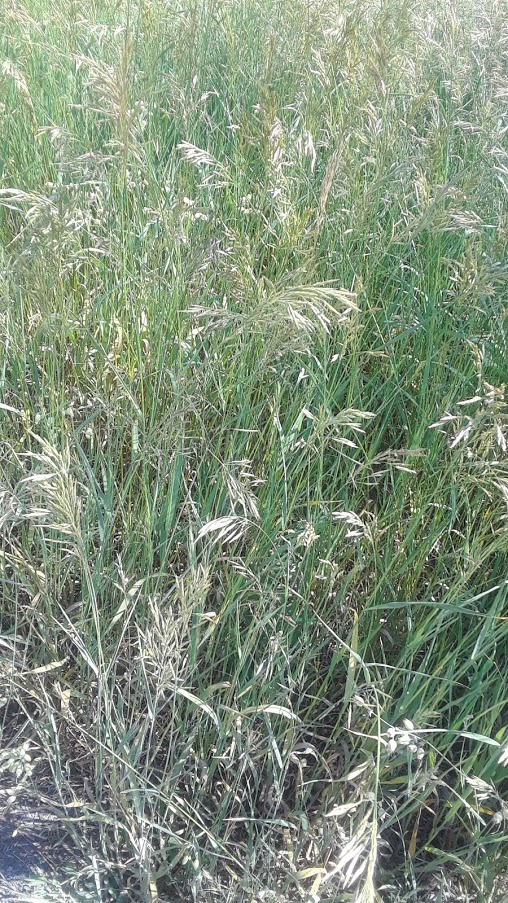 A much more serious invasive plant is Dog-Strangling Vine.  Dog-strangling Vine is a member of the Milkweed family.  Monarchs are attracted to it, but the leaves are toxic to the caterpillars.  NCC is working to totally eradicate the small patch of Dog-strangling Vine on the Reserve.  It takes herbicide applications over two years and then repeated subsequent applications if necessary.  The area will be re-seeded with native species including Wild Bergamot.

The Common Milkweed is just coming into to Flower on the Reserve.  The beautiful and fragrant flowers were attracting Monarchs.  We counted ten on our Stroll. 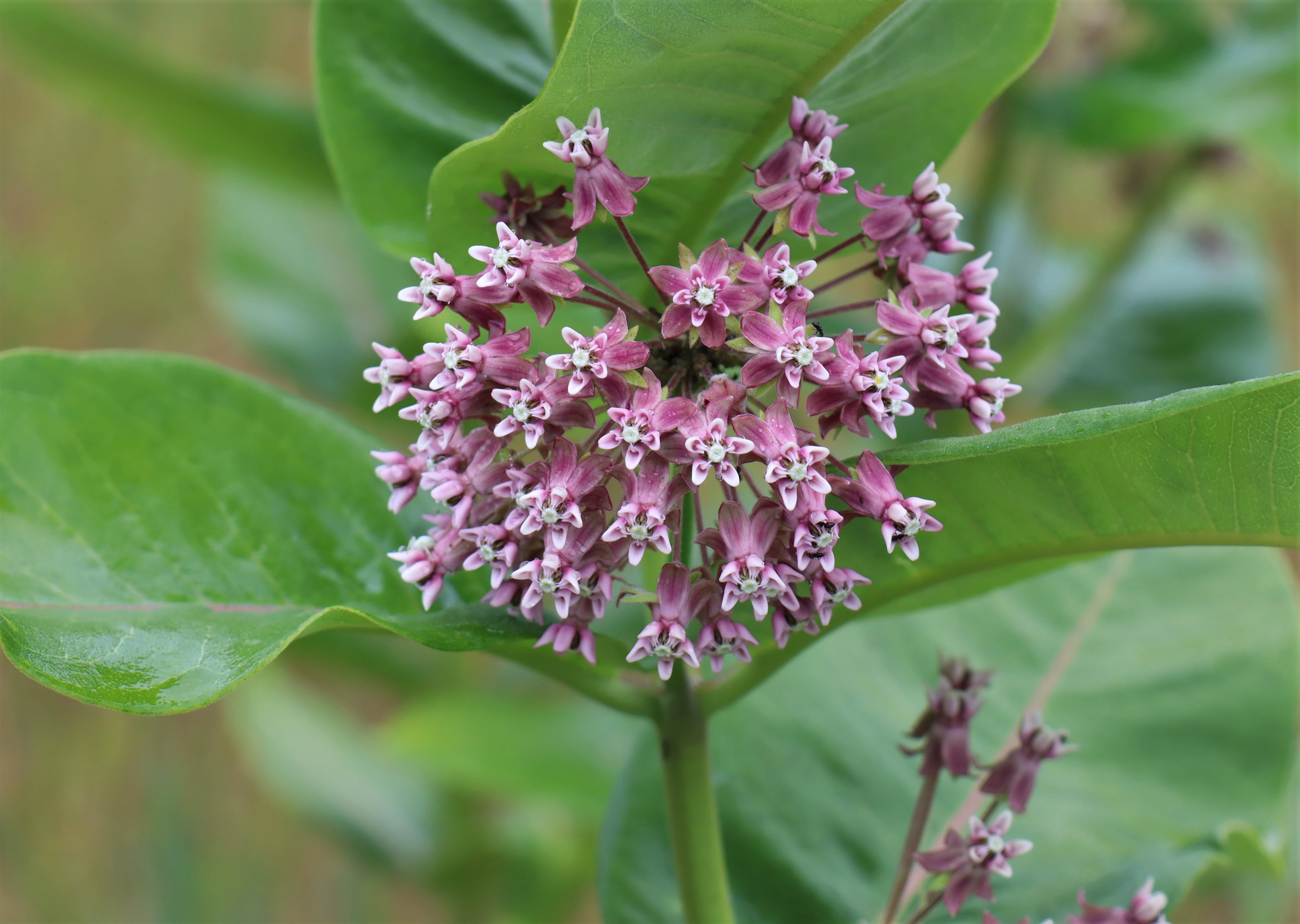 Wild roses were in bloom through the Reserve. 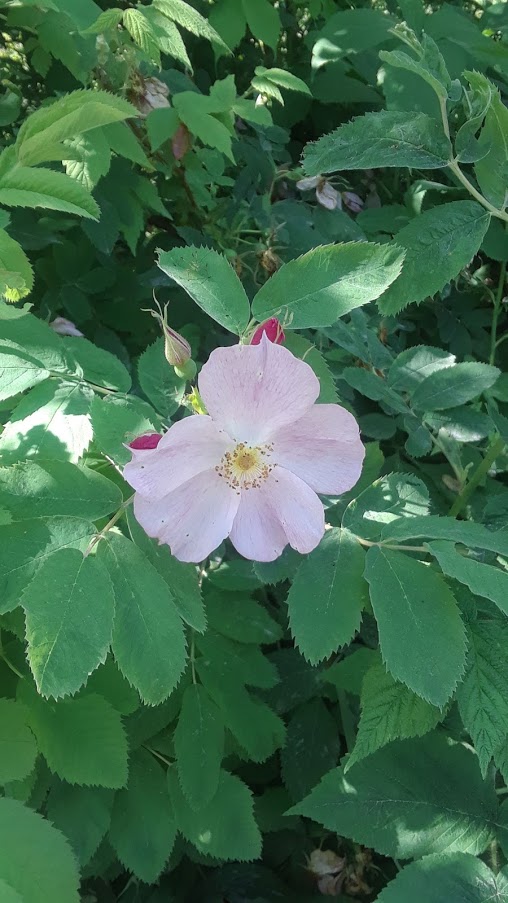 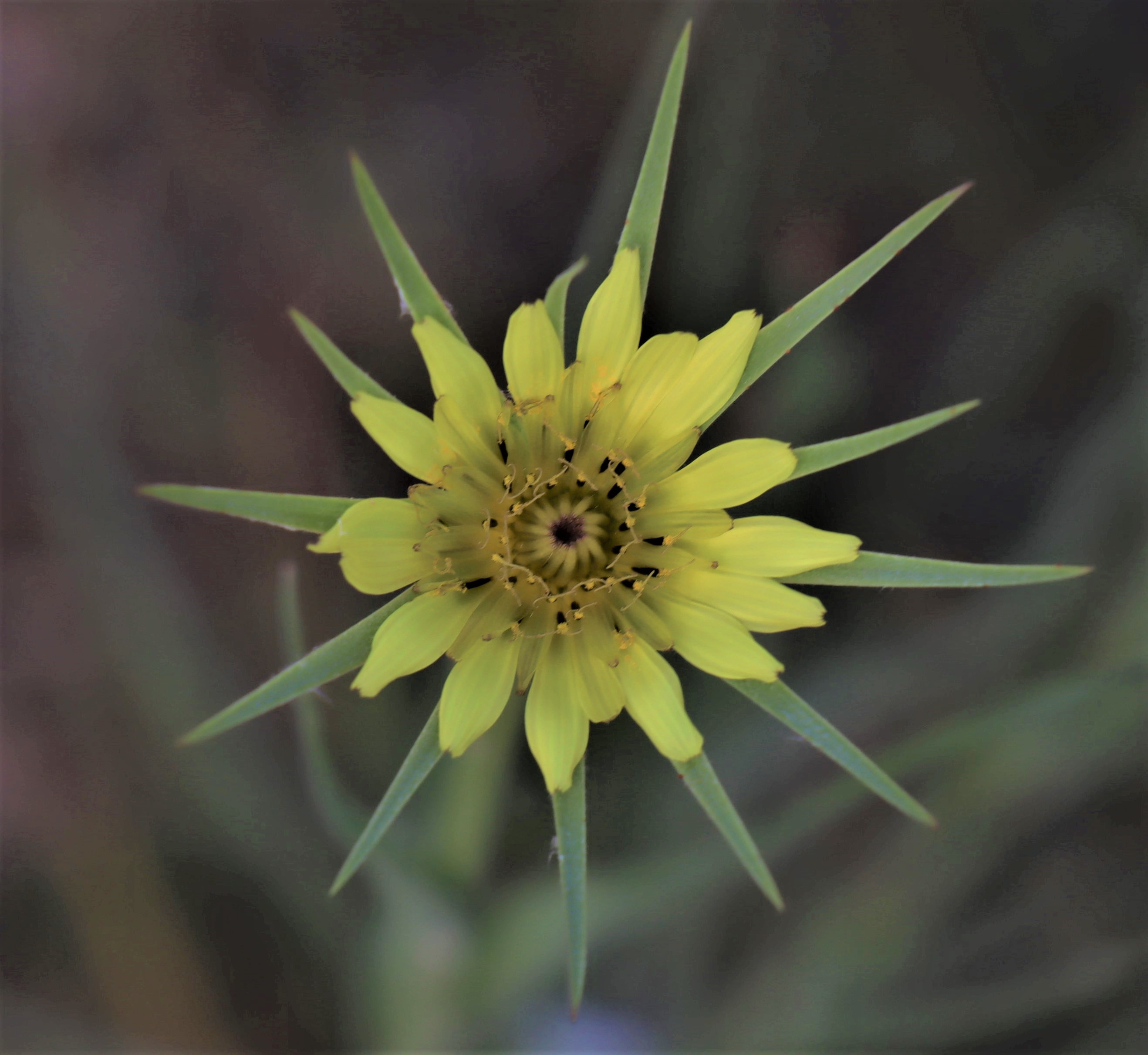 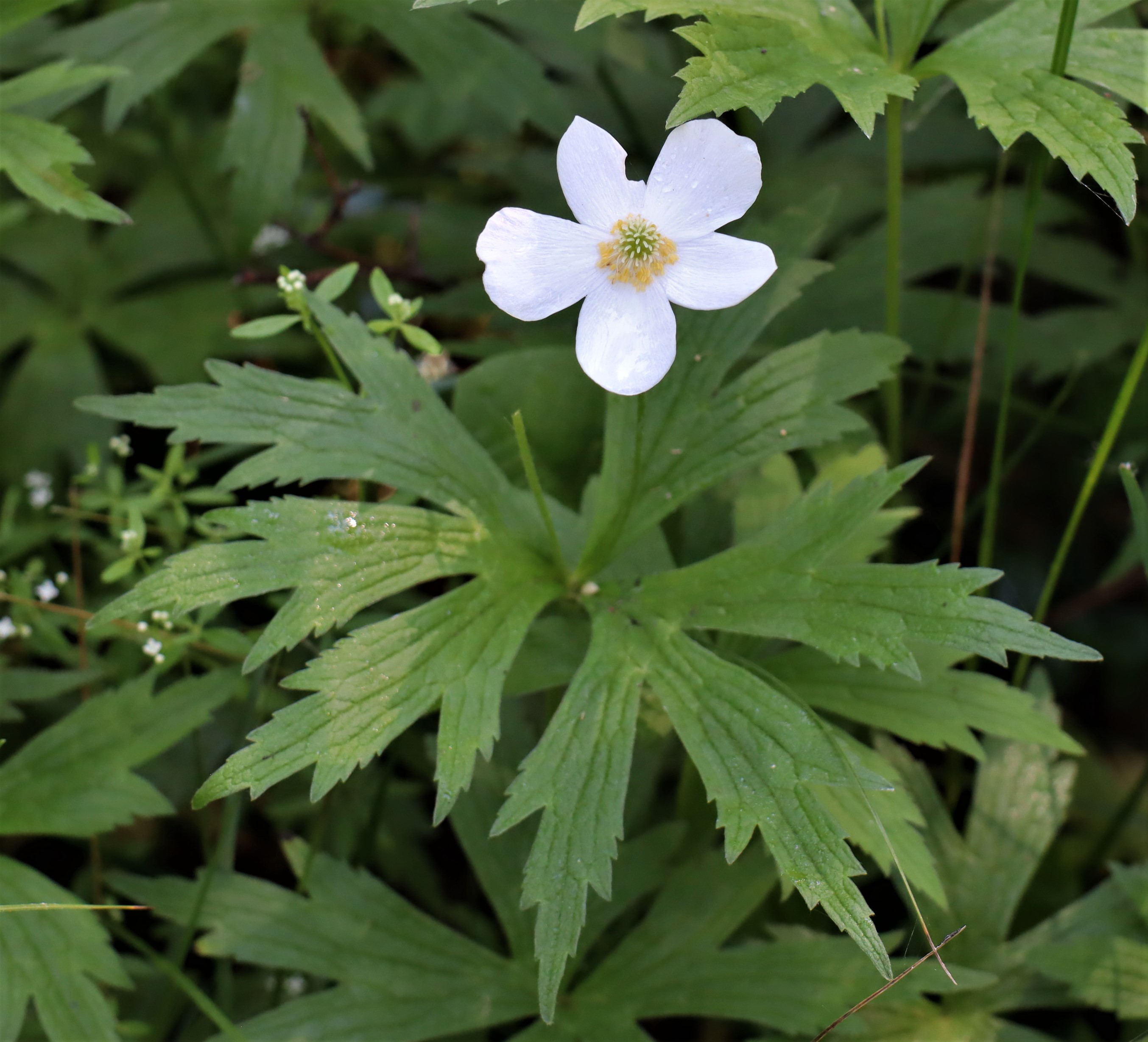 At the shore two Caspian Terns were patrolling the shallow water while a large mixed flock of Ring-billed and Herring Gulls fished.  After a short sojourn at the shore we made our way back to Helmer Road and home. Thank you to John Lowry for the photos of Meadow Salsify, Meadow Anemone and Common Milkweed.