The Hudgin House is situated on the Hudgin-Rose Nature Reserve owned by Nature Conservancy Canada (NCC). As a land conservancy NCC normally does not deal with buildings. As a result, the South Shore Joint Initiative (SSJI) has taken tenancy of the building and is responsible for the upkeep and maintenance of the House and surrounding property. The Moses Hudgin House Restoration Committee (the committee) is a sub-committee of SSJI and their work exists separately from SSJI’s other activities. The committee is composed of interested members of the Hudgin family, members of the PEC Historical Society and local people interested in history. 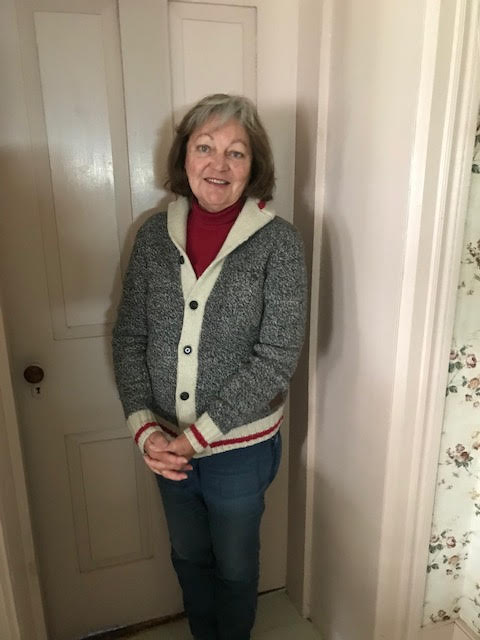 Janice Gibbins
From teaching art in high school and creating art therapy classes for the elderly to lecturing and illustrating children’s books for the Ontario Historical Society, art and heritage have been dual life passions. Prince Edward County has been able to fulfill these loves: having my artwork as part of Art in the County to volunteering for the Museum Advisory Committee where I was part of the team writing their Strategic Plan.

Having grown up in (what used to be) the country, rambling in forests and fields connected me to the many aspects of nature. The natural beauty of the County was one of of the reasons we purchased our historic home in 1999. Shortly thereafter, I joined the South Shore Conservancy, fighting industrialization of PEC’s south shore.
More recently, while Chair of the Prince Edward Heritage Advisory Committee, Ben and Lillian Rose asked the Committee to designate their log house as a heritage property. This worthy and unique structure was built c. 1865 by Moses Hudgin....and the rest of the story is, as they say, history.

Edwin Rowse
Edwin J. Rowse OAA, FRAIC, CAHP, RIBA is a registered architect in Ontario with 44 years of experience in the field of historical architecture, specializing in the conservation and restoration of historic buildings, the sustainability and adaptive reuse of existing buildings, and cultural heritage planning in urban and rural settings. A graduate of the University of Edinburgh, he worked in London, England, for nine years for an internationally recognized firm of restoration architects. In 1984 he moved to Toronto,, where he worked for heritage-based practices until founding ERA in 1990 with Michael McClelland. Edwin now lives with his wife and cat in a heritage designated property just north of the South Shore Important Bird and Biodiversity area. 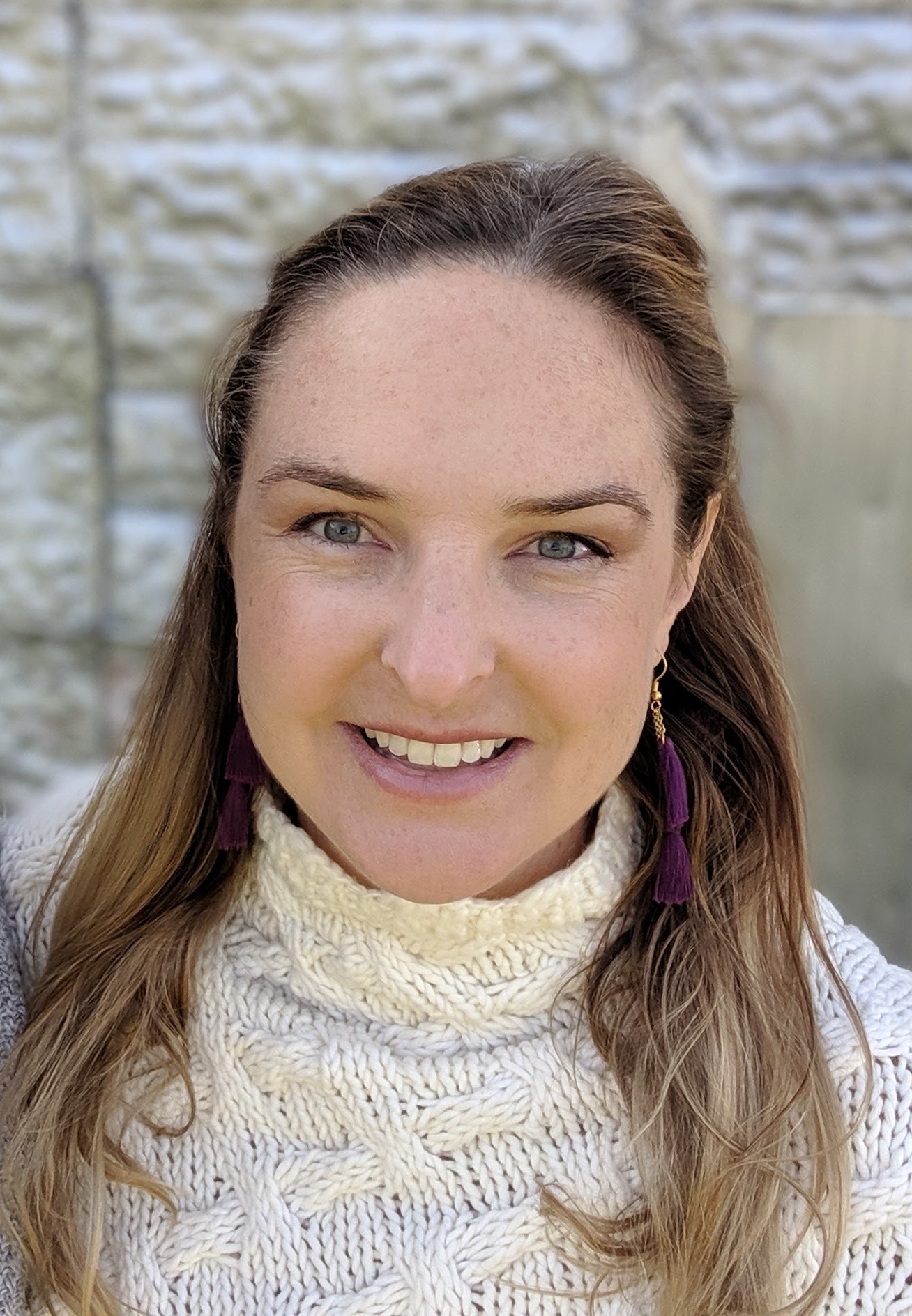 Laura Hudgin-Edge
Laura Hudgin-Edge grew up in the Hastings and Prince Edward county area. Growing up she frequently visited the log house of her great-great-great grandfather, Moses Hudgin at Ostrander Point with her family, which sparked her life-long interest in genealogy and history in general.
Laura has worked as a secondary history and geography educator for over 15 years in both Ontario and Quebec and currently works as a professor at an Ontario college. She has also taught in the Bachelor of Education program at McGill University and has been a long-time instructor for Queen's University Continuing Teacher Education.
When she has time, Laura enjoys spending time in nature, creating pottery, canning and making natural soap products. Laura also enjoys traveling the world with her family through home exchanging. 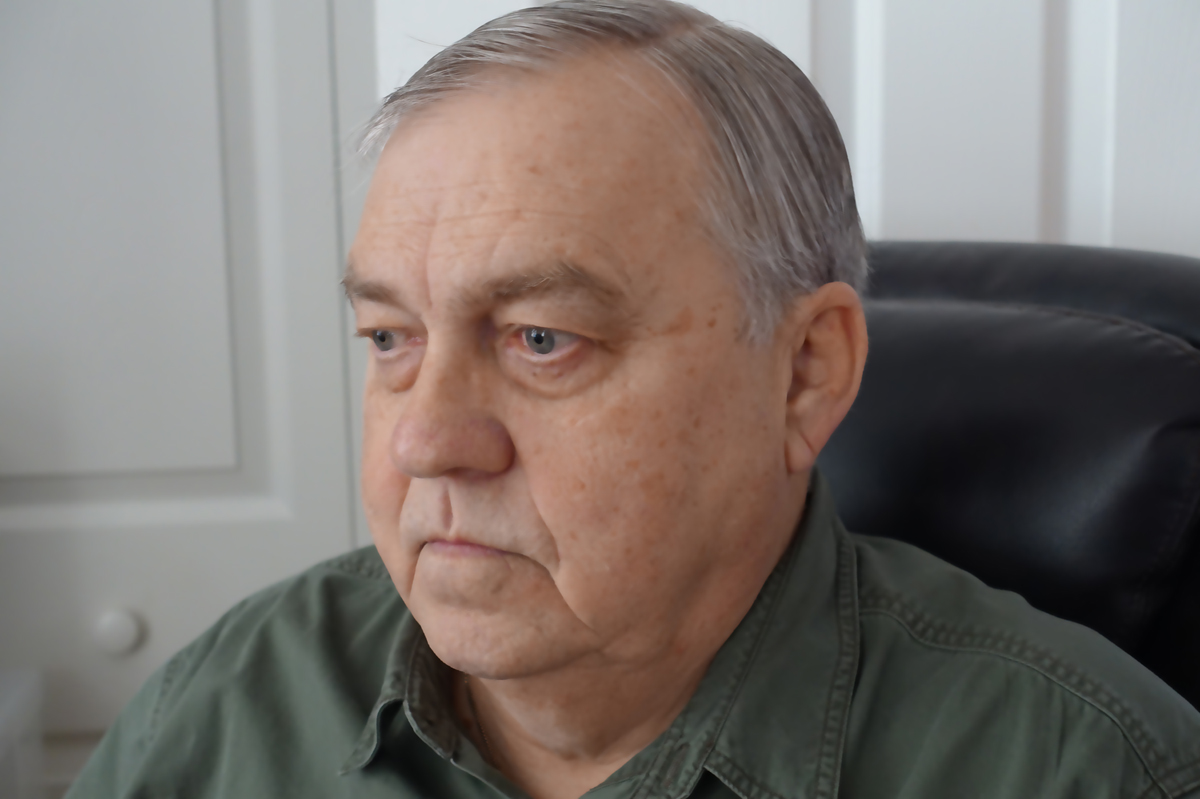 Borys Holowacz
Borys moved to Prince Edward County in 2003 after retiring from the food hospitality industry where he performed supervisory and direct sales roles. He holds multiple degrees, diplomas from University of Toronto, York University and Humber College. Once he moved to PEC, he became interested in protecting nature. Borys enjoys utilizing his graphic skills to help promote events and fund raise.

Liz Driver
Liz has a Master’s degree in Art History from University College, University of London, but for many years her scholarly focus has been food history.  Her ground-breaking study Culinary Landmarks: A Bibliography of Canadian Cookbooks, 1825–1949 (University of Toronto, 2008) won the Bibliographical Society of Canada’s Tremaine Medal, and she has lectured and published widely in the field. A past president of the Culinary Historians of Canada, in 2009 she was the first person to be inducted into what is now called the Taste Canada Hall of Fame. Liz is fascinated by the way cultural heritage can enrich contemporary life. 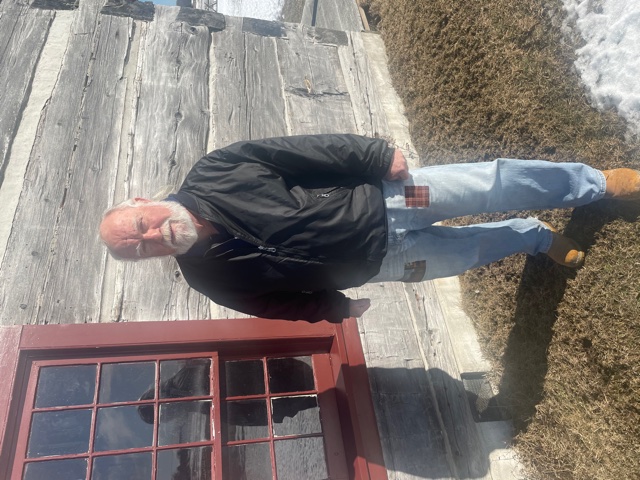 Gord Gibbins
Thru my wife Janice, I developed an early love of antiques , history and historical and environmental preservation. Moving to PEC in 1999, having bought a 1865 stone historic farmhouse, we developed a love of the “ sense of place”, it’s history and cultural heritage. I was a co-founder of APPEC, protecting PEC from industrialization, served a term on PEHAC and, with Janice, have 4 historic designated buildings including 2 log houses and have received an Ontario Heritage Trust “ Certificate of Achievement “. 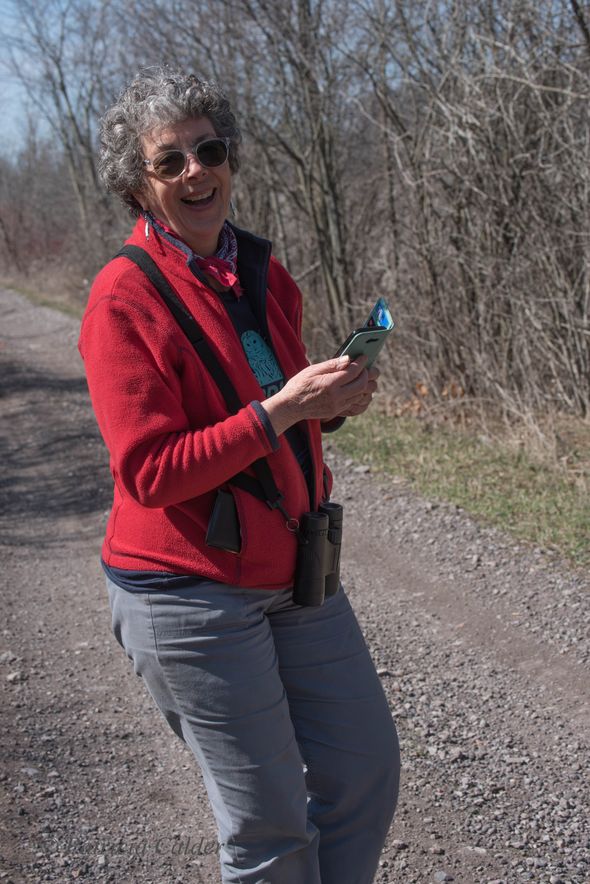 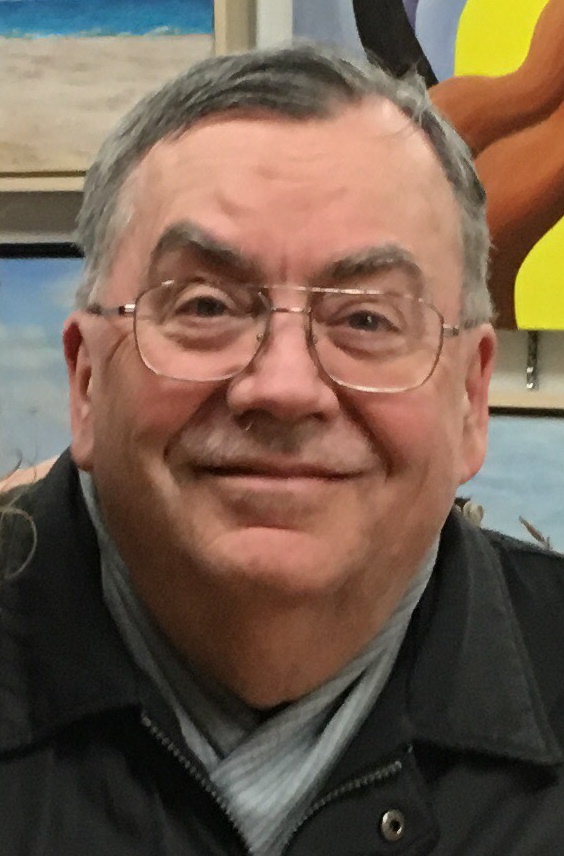 John Foster
I started out liking trees, then birds and wildflowers and more. I have gained a connection to and appreciation for the natural environment. I put aside time to do photography, sketch, paint and read about what I naturally encounter. It's important for me to advocate for and support environmental causes. I like to volunteer for these. As a part of SSJI, I have had the opportunity to meet a lot of fellow members, experienced the enthusiasm that is our group, and made several new friends. It's important, to speak for and to work for the conservation of the South Shore now and into the future. -- John F. Foster 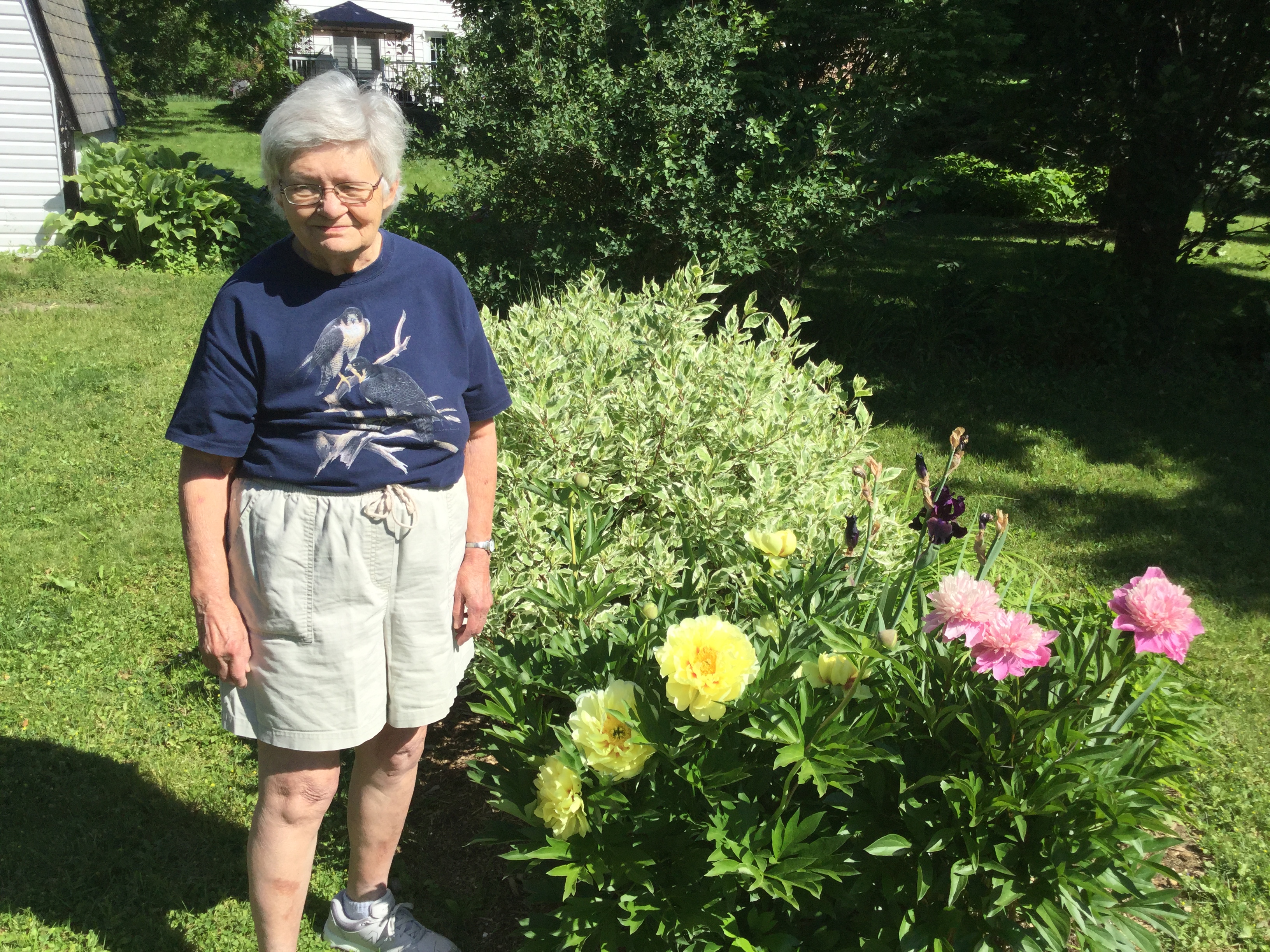 Myrna Wood
Myrna Wood is a founder of the Bird Observatory and the Prince Edward County Field Naturalists. SHe has been enjoying birding on the South Shore for 25 years so she knows the importance of conserving the migratory bird habitat and biodiversity of the South Shore. She was instrumental in the formation of the PEC South Shore IBA. Given her love of conservation, she also is working on the Hudgin House Restoration Committee to see this important piece of county history preserved. 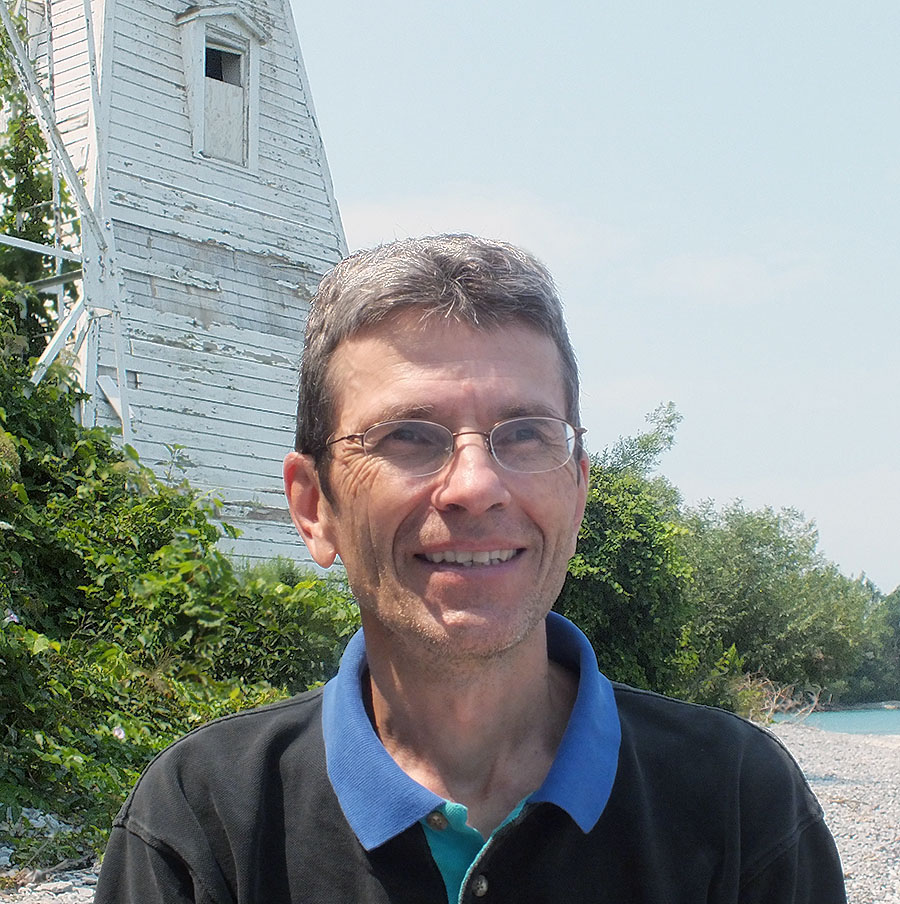 Marc Seguin
Marc Sequin is currently the Vice-President of the Prince Edward Historical Society. In that capacity, he has been appointed as the Historical Society's representative on the SSJI's Moses Hudgin Restoration Committee. Marc has a keen interest in built heritage and local history. He is a founding member of the heritage lighthouse organization, Save Our Lighthouses and has written several books on local marine history. Marc holds a degree in Canadian History and is a former chair of the Prince Edward Heritage Advisory Committee. Marc and his family have been full time residents of Prince Edward County since 2002.

Also on the restoration committee but not pictured: