Cleaning Up the South Shore

The weather was perfect.  The volunteers were exceptional.  The music was heavenly.  It was a great event!

On Saturday September 18, almost 60 individuals combed the roads and beach areas of the South Shore garbage bags in hand.  Many strange and wonderful items were found among the usual deflated helium balloons, beer cans and plastic water bottles.  There were several tires – including a massif truck one.  At least one broken up toilet and one complete one – left for eventual pickup by the Ministry of Norther Development and Natural Resources and Forestry truck.  Among the items were several pieces of plywood – unusual in this time of high wood prices.

Perhaps the most unusual item was a marine flare.  These are routinely used by the folks at eight wing Trenton for training purposes and do end up on the South Shore from time to time.  The find earned Terry and Shauna Moodie the prize for most unusual find at the wrap up event. 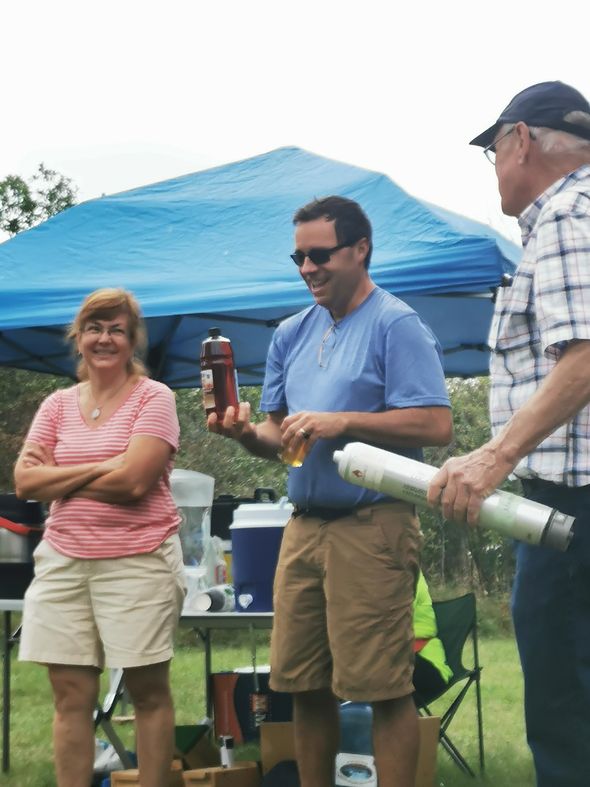 Dick Bird presents Terry and Shauna with the prize for the most unusual find, photo Elis Ziegler

The wrap up was held at the Hudgin House where we were serenaded by Kyra and Tully, enjoyed coffee and treats from Find Grinds and offered honey and bee products by Curious Goat General Store. 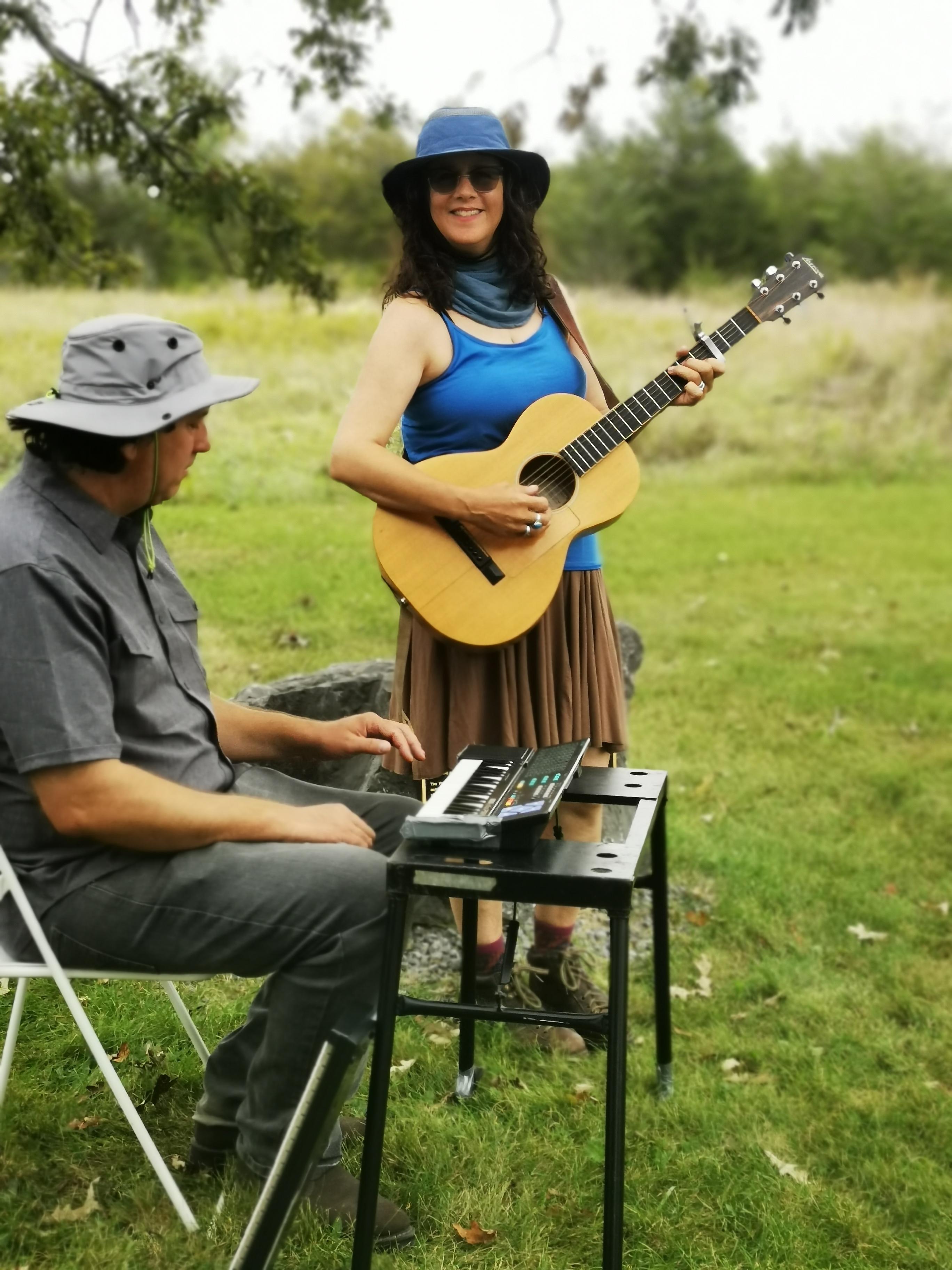 In addition, Bird houses were available for sale to support the restoration of the House.  Both South Marysburgh Councillor (and South Shore Joint Initiative president) John Hirsch and Mayor Steve Ferguson offered remarks.

The cooperation of the municipality was an important part of this event.  A big yellow bin was handy at Babylon and Helmer roads to receive our garbage offerings. 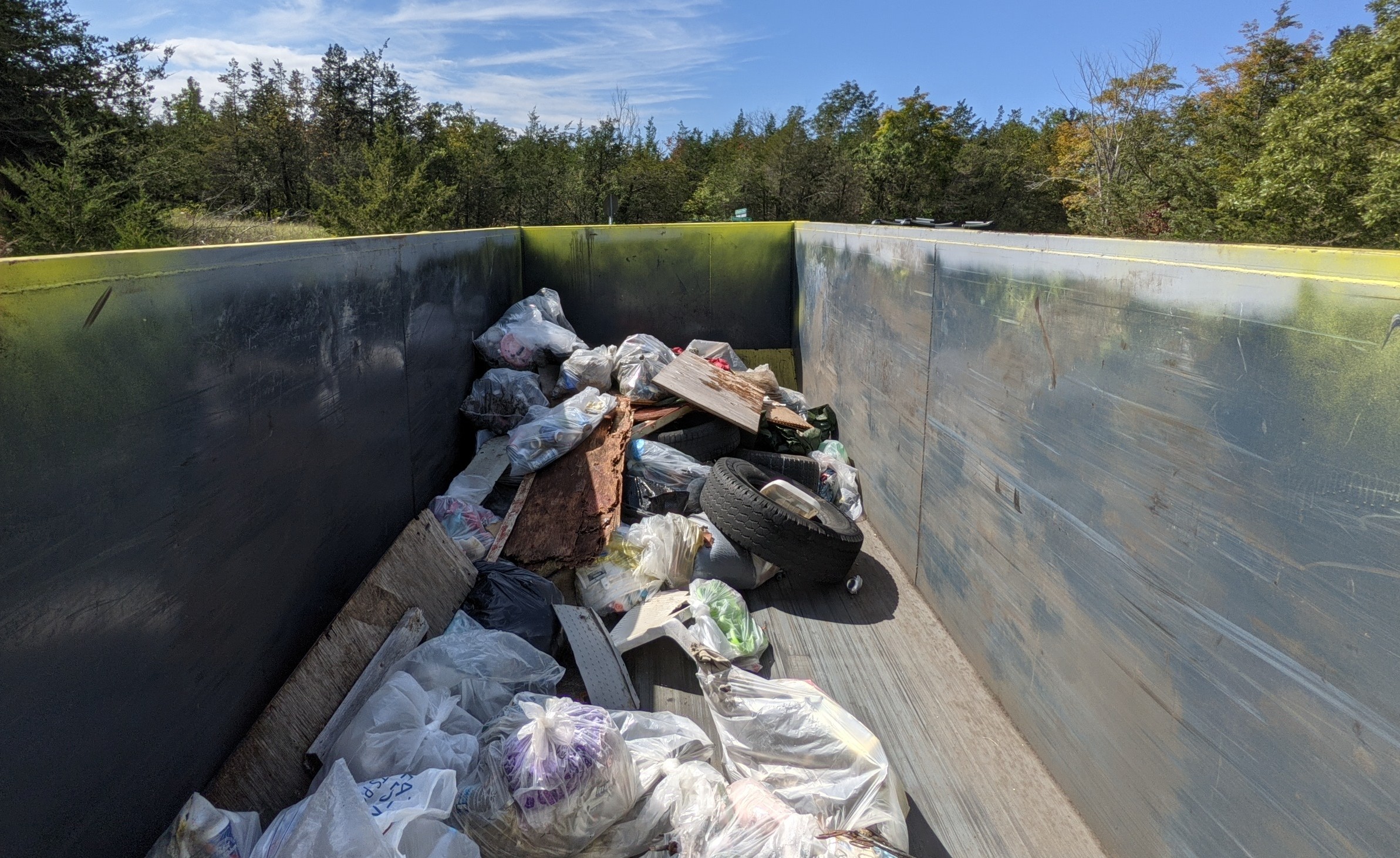 To all our volunteers that helped with set up and take down and stood at road intersections with garbage bags – a super thank you.  Special appreciation goes to Kathy O’Connell and John Lowry for planning this event along with SSJI Network Organizer Megan Miller and to Borys Holowacz for printing our beautiful posters.  Thank you to everyone that participated and worked to help us clean up our South Shore.