Saturday March 20, the first day of Spring, was a beautiful day.  The sun was shining and the temperature was relatively mild.  There was still ice on the big potholes on Charwell Rd and on the very wet road leading into the Lighthall Marsh.  Everyone had waterproof footwear and we were able to successfully navigate through all the ice and water to reach the dam and water outlet from the marsh. 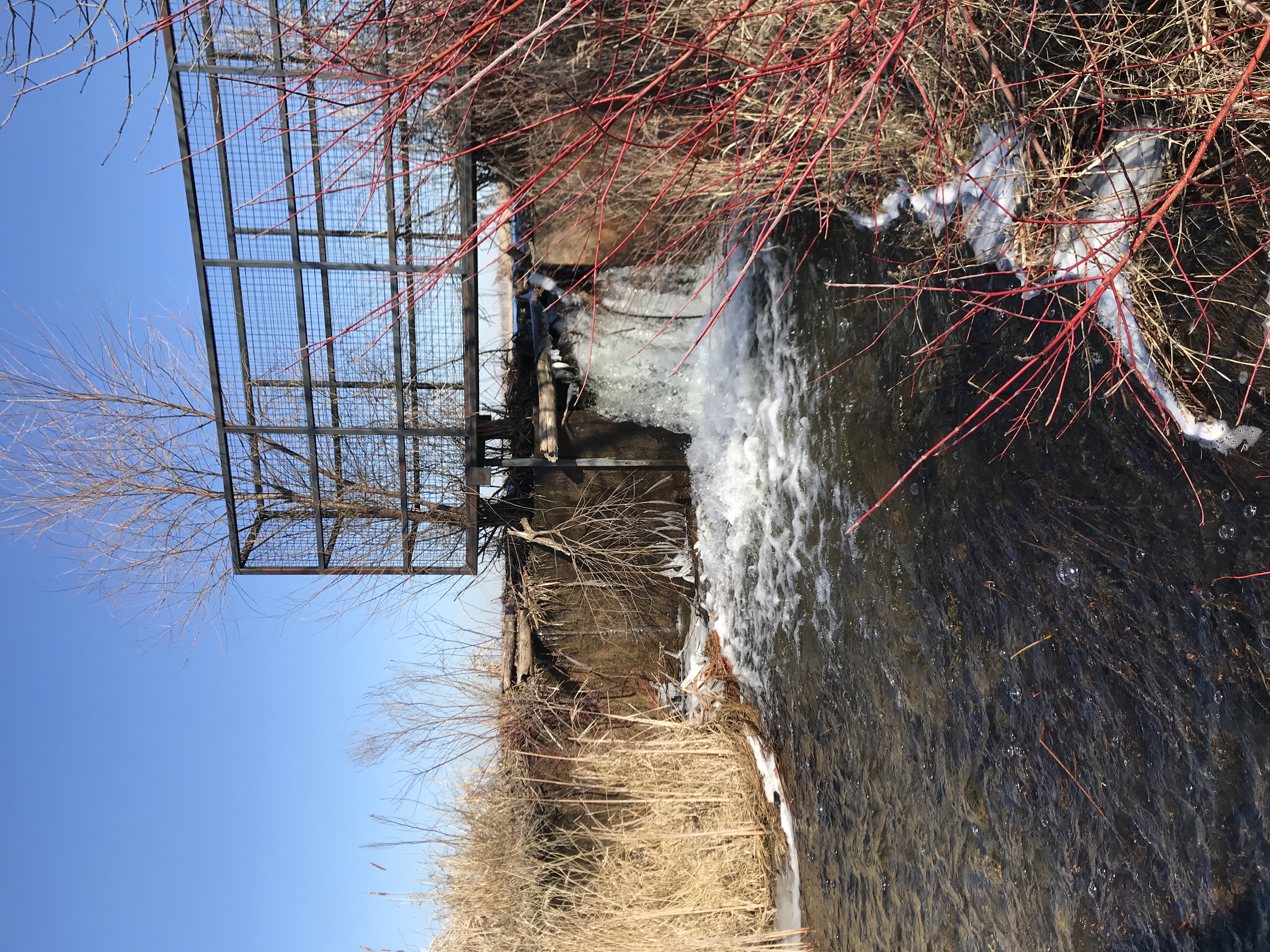 We started our stroll with a short introduction about the South Shore and the great news that Ostrander Point Crown Land Block and Point Petre Provincial Wildlife Area are in the final process to designation as a Conservation Reserve.  We were pleased to relay the information that a lot of the biological assessments have been done.  The assessments have confirmed the wonderful biodiversity of the South Shore.  It is important for everyone to be involved when the opportunity to comment is available so that the ministries know that we are all in favour of the Conservation Reserve plan. 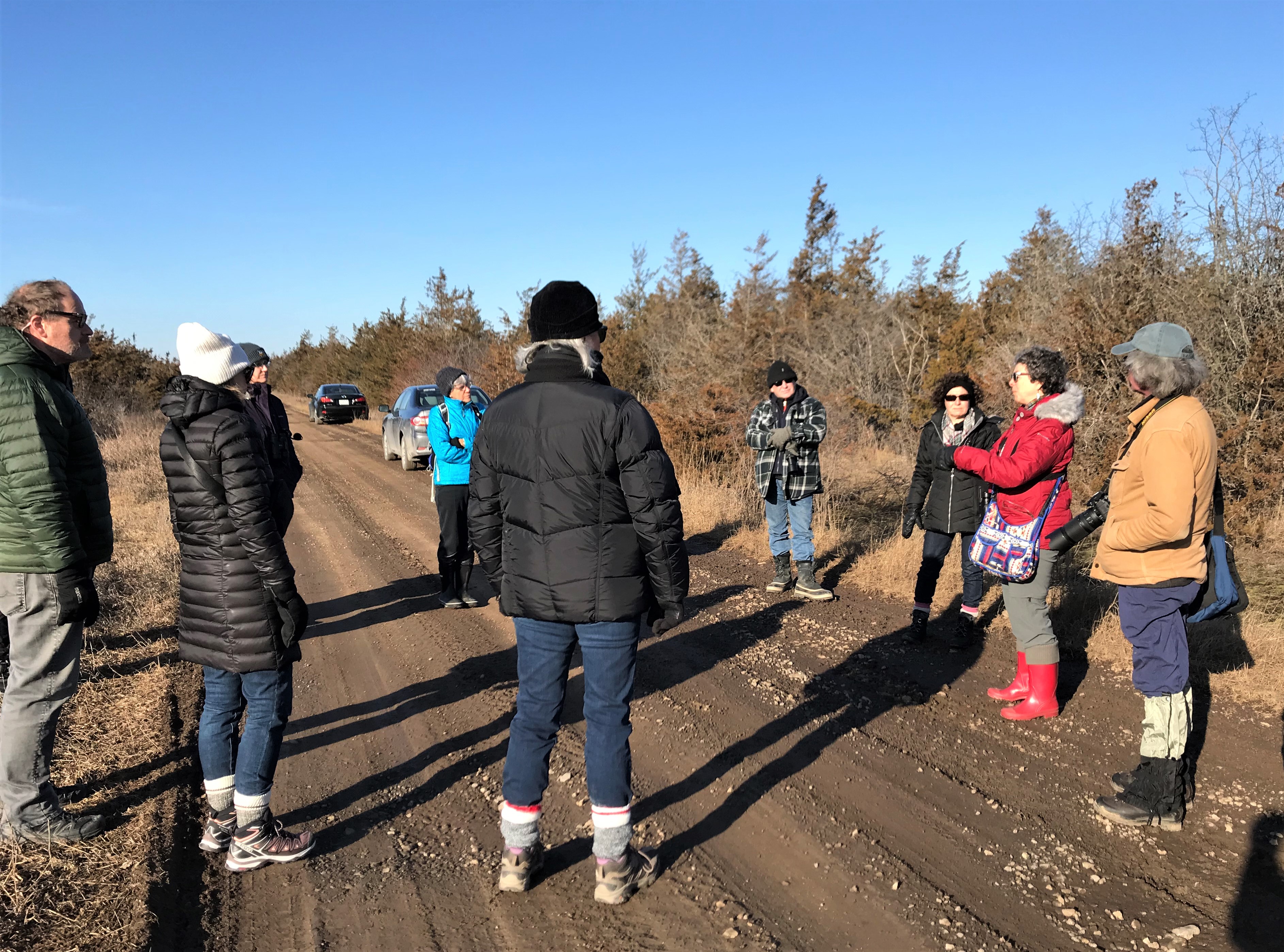 We spent some time looking over the large Lighthall Marsh.  It originally housed an Heron rookery, but as the trees have been dying and falling into the water the Herons have moved on.  Most recently the Marsh has only hosted an Osprey nest.  This early in the season the only avian activity in the Marsh was a small group of Ring-necked Ducks, a few Mute Swans and some Canada Geese.  We saw one Killdeer flying over and some hard to identify high-flying swallows.  On the walk down the road however, we were serenaded by thousands of Canada Geese flying in their well-known v-shaped skeins. 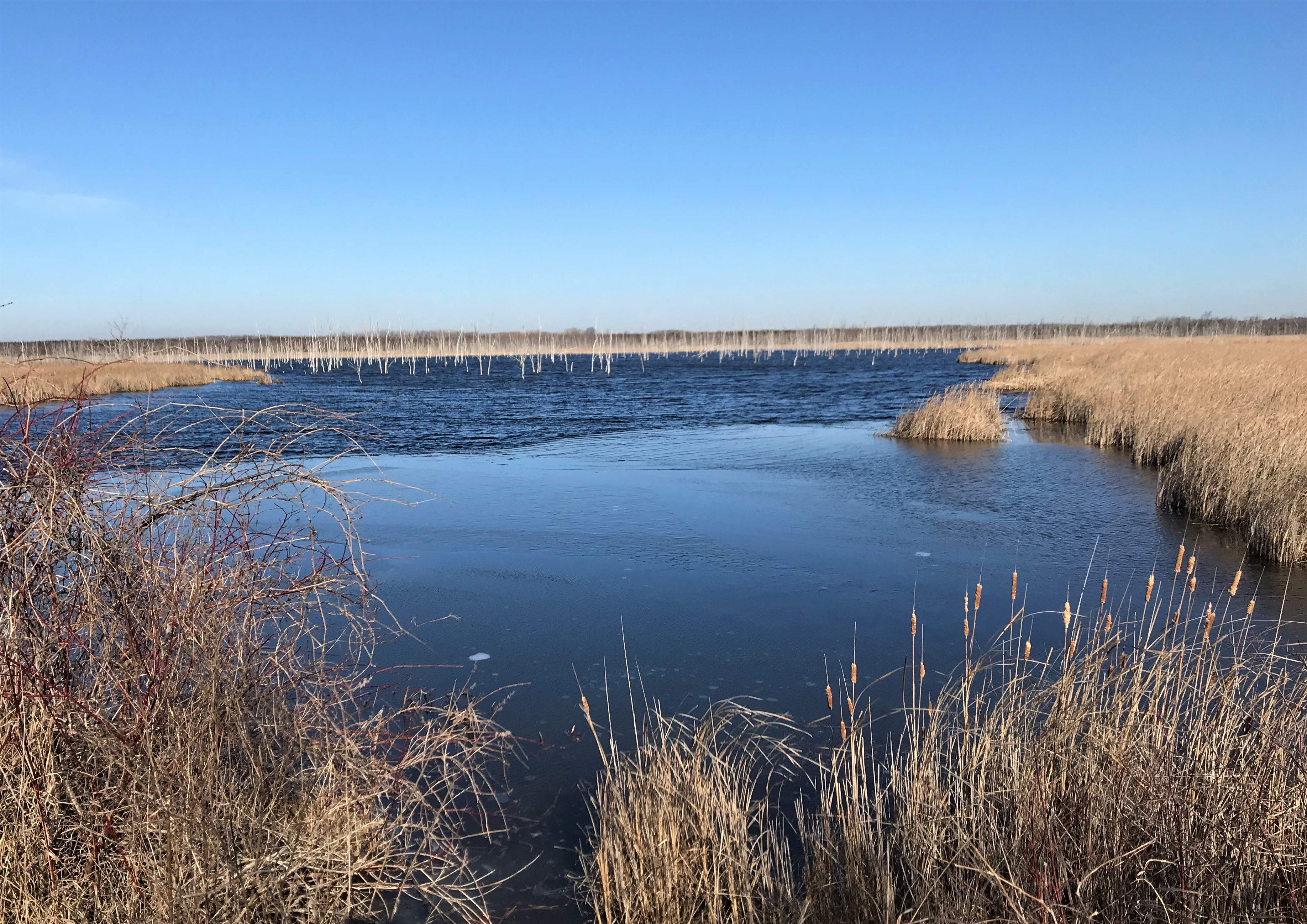 This first outing of the season was enjoyed by everyone and we look forward to the next Stroll on April 17 to Simpson Rd. Berm and Marsh.

Thank you to Dale Smith for the photos and for keeping track of our bird sightings and submitting them to eBird.