On June 17 and 18, 2022, two sunny but quite blustery days, PECFN and Quinte Conservation were the lead groups sponsoring a BioBlitz at Macaulay Mountain Conservation Area.  SSJI members were among the leaders and participants, and contributed to the significant results of this 24-hour survey to catalogue as many plant and animal species as possible.

This was the first PECFN bioblitz not sited on the South Shore:  all seven of the previous events were located there.  However, to celebrate QCs 75th anniversary, this Conservation Area was a good place, close to a main town, to explore and document its biodiversity.

The C.A. extends all the way to Clarke Rd., across Kingsley Rd in the area of Clarke RD., encompassing some 440 acres, so is much larger than the “park” that we all recognize when we go for a walk at Macaulay Mountain. 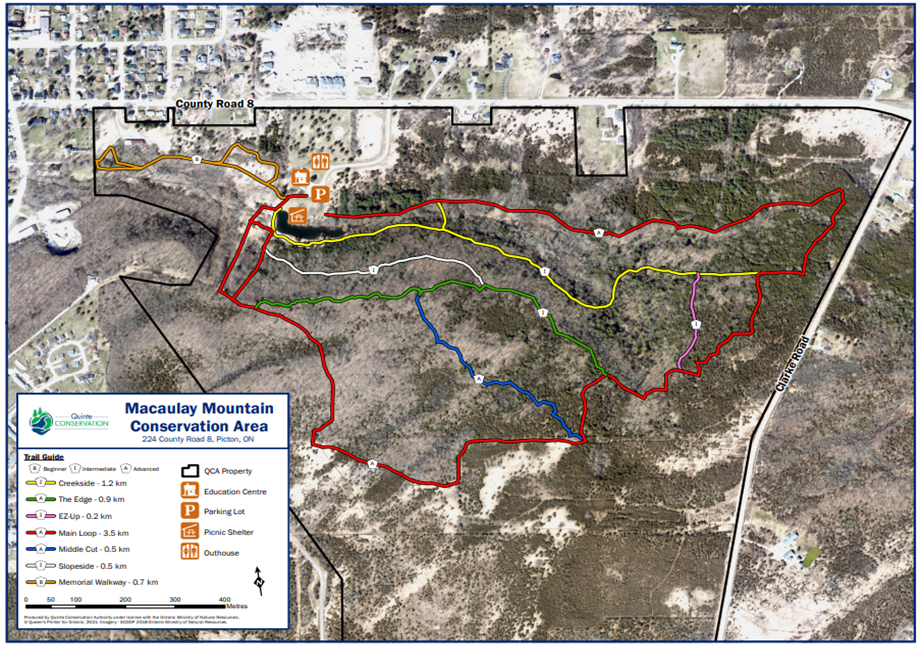 We learned that the mountain used to be used for downhill skiing – and if you climbed it or descended it on the red trail near the pond, you realized why!

This was the second time we used iNaturalist as a way of documenting the species found, and again was as successful as we had found at Maple Cross Coastline Reserve.  This area was also designated as a research site and any photographs taken there, or entered as occurring there, would automatically be deposited with all the other records for that site in iNaturalist. 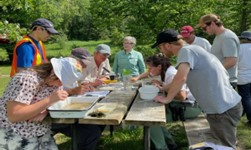 Of the 52 species of birds seen, Winter Wren, Scarlet Tanager, Indigo Bunting, Cooper’s Hawk and Ruby-throated Hummingbird were interesting species to record. Who would have ever thought that Large-mouth Bass and Bullhead lived in the small pond seen from the parking lot? The aquatic team, led by Les Stanfield on Friday, was a ‘going concern’ with lots of participant activity, and we’re looking forward to hearing more about their results.

Several lucky participants were able to find the endangered Four-leaved Milkweed in peak flower and John Lowry found two plants of the beautiful Wood Lily in bloom not too far away.  These are incredible plants to see anytime, but especially when you can record them on a bioblitz. 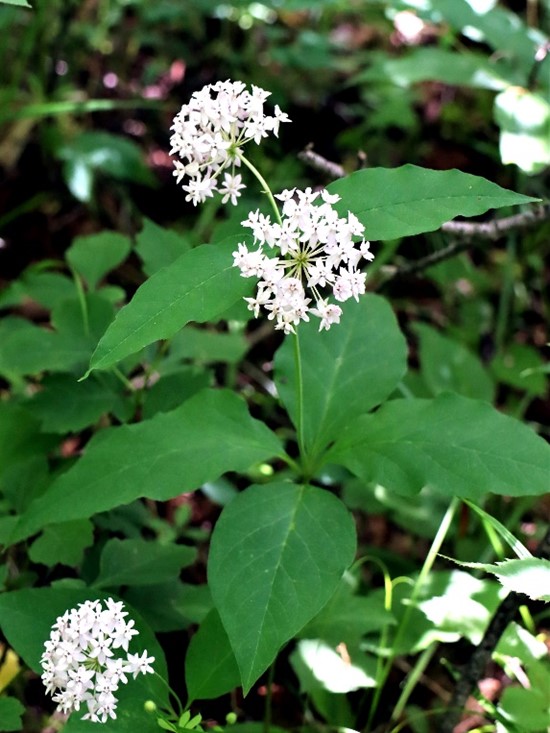 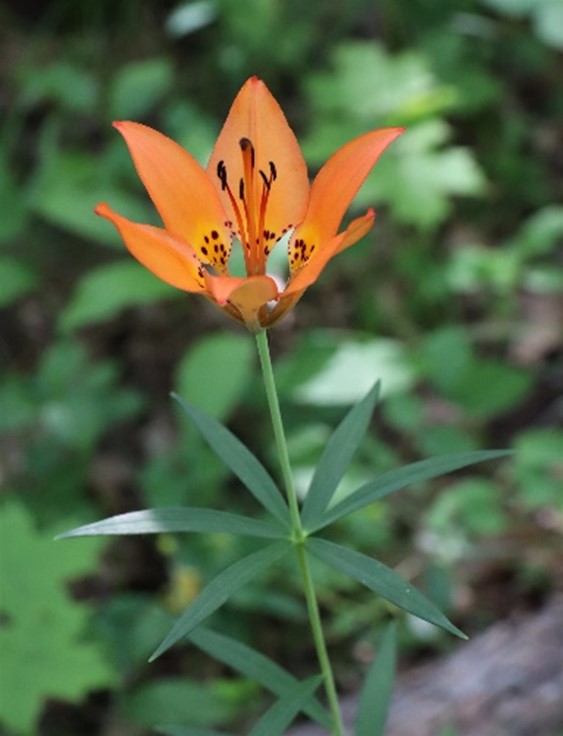 Chinquapin Oak and other southern species, as well as some others characteristic of alvars like Senega Snakeroot, Early Saxifrage (in fruit) and Fragrant Sumac were found on the summit of the escarpment. 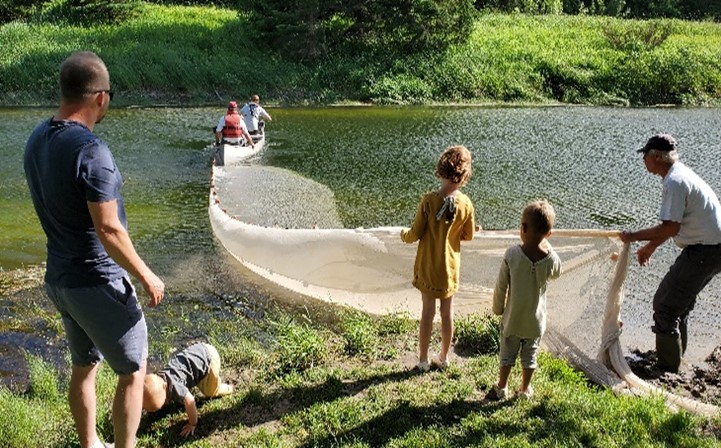 With all the different habitats present, ranging from the dry open areas on the limestone plain above, to the wet forests along the stream, the steep escarpment and marshy rim of the pond and stream, plus the open meadows around the buildings and Birdhouse City, the list of plants is extensive and not fully tabulated yet.  John Foster listed over 200 himself.  In all, 26 species of butterfly were seen, with the impressive Giant, Eastern Tiger and Black Swallowtails all observed, despite the blustery winds. Of the ten species of Skippers noted, The Delaware and Crossline are rare in the County and Peck’s Skipper is uncommon and local. 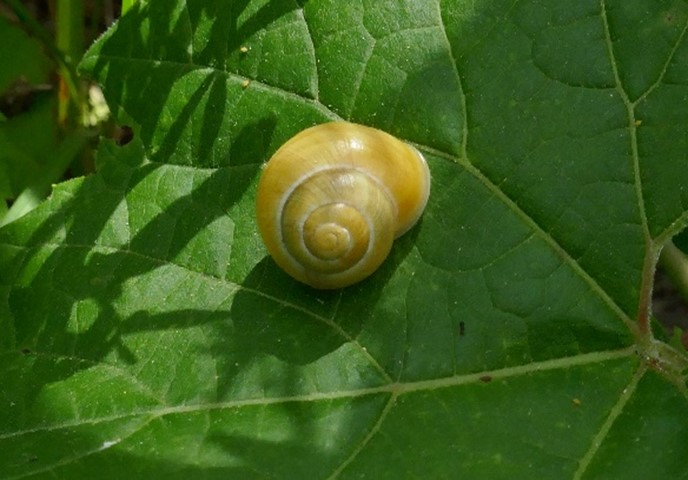 Despite the windy conditions, 19 species of Dragonflies and Damselflies were also recorded.  The rare Azure Bluet was one of the six species of damselflies seen. The Common Whitetail was the most abundant dragonfly with up to 100 individuals observed each day, especially over and around the pond.  Two Chalk-fronted Corporals were seen at the pond.  They are considered rare and local in the County.

The yellow, mostly unstriped terrestrial snails in the study area are the White-lip Garden Snail. They were abundant (over 300 seen by some participants) in the pond area and some were found 15’ above ground in the branches of Basswood and Silver Maple and 15’ from the main trunk. One of the most dramatic species of fungus observed was the Shining Varnish Bracket fungus which was admired and photographed by many.  A Northern Water Snake and an Eastern Milk Snake were interesting reptiles observed. 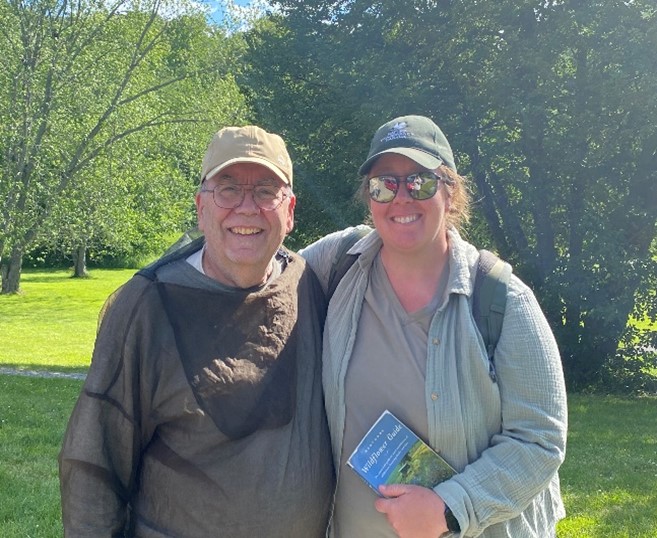 Appreciation is extended to all our leaders and contributors.  Amanda Tracey from NCC led a botanical walk, with her two interns, as well as the editor of this newsletter, John Foster, while Tim Trustham from QC was leader for a botanical hike on the top of the plateau.  As mentioned, Les Stanfield headed up the aquatic team; Robert Ormston led a popular butterfly walk with David Bree; Tom Mason was “jack of all trades”, helping Les and Robert with their studies and documenting many other insects, amphibians, reptiles and mammals in his forays throughout the conservation area. 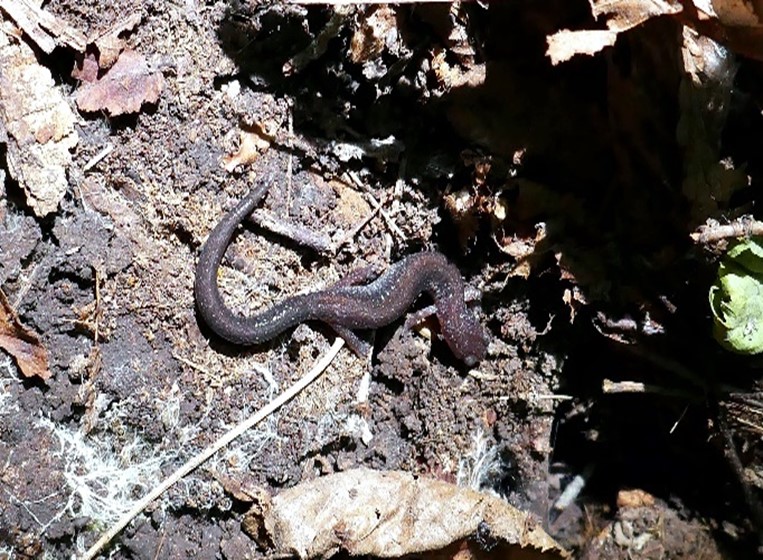 Jessica Daze took a small group to the other side of Kingsley Rd. on Friday evening to look for birds while Paul Jones led an early morning bird walk for a group of dedicated birders plotting a course through as many different habitats as possible on the red and yellow trails.  Ewa Bednarczuk and Peter Christie were both leaders later on Saturday morning, investigating the pond and woodland life, discovering red-backed salamanders under rocks and looking for, but not finding, yellow-spotted salamanders near the stream.

Paul Catling, Brenda Kostiuk, Cheryl Anderson, Dale Smith and others, spent time collecting data independently, so we thank them for their assistance with the survey, as well as all the participants who took part in the event.

The wind on Friday night didn’t bode well for a moth survey (one moth was attracted to the billowing sheet) but fortunately Dave Beadle was coming the following weekend, which was calm and much more conducive to attracting moths.  He was able to identify 123 different species on Saturday, June 25.  Although not within the 24-hour bioblitz, this information will be added in an addendum to the report since it probably represents species that were present (but were not observed due to adverse weather conditions) the week before.

We await the results from Jennifer Doubt and her summer student who made the trip down from the Museum of Nature in Ottawa to document the bryophytes (mosses and liverworts) on the 17th and 18th.   Troy McMullin, who was involved in fieldwork elsewhere, will be visiting sometime in September to survey the area for lichens and his findings will be incorporated into the final report.

Although the tally isn’t complete yet there are an impressive number of species, indicating that this is indeed a special place.

We all enjoyed meals together on Friday evening and at the BBQ on Saturday afternoon once the event was over.  A good time was had by all and we hope everyone came away with a greater appreciation of this spectacular park so close to Picton.  It’s a spot well worth celebrating, either for a 75th anniversary or for the abundance of life that it supports.

Thank you to everyone who helped make this such a successful event. 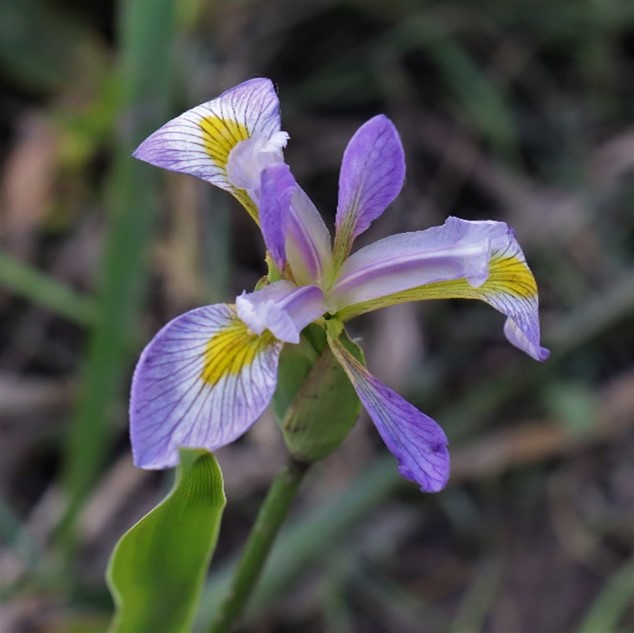