Saturday August 27 was the perfect day for a South Shore Stroll. The temperature and humidity remained at comfortable levels for the entire morning. Our Stroll started at Prince Edward Point Harbour and government dock. Our leader, Joanne Dewey, explained that she began her career as a bird bander, naturalist and commercial fisher in that very area. Joanne told us about banding birds in the Cottage that is now the home of the PEPtBO banding staff. At that time the area included the fishing camps of many local families. The harbour was regularly dredged to allow the fishing boats access.

The water in the harbour was very low and the resulting mud flats allowed good sightings of Lesser Yellowlegs, Killdeer and Double-crested Cormorant. A Belted Kingfisher swooped through the trees. 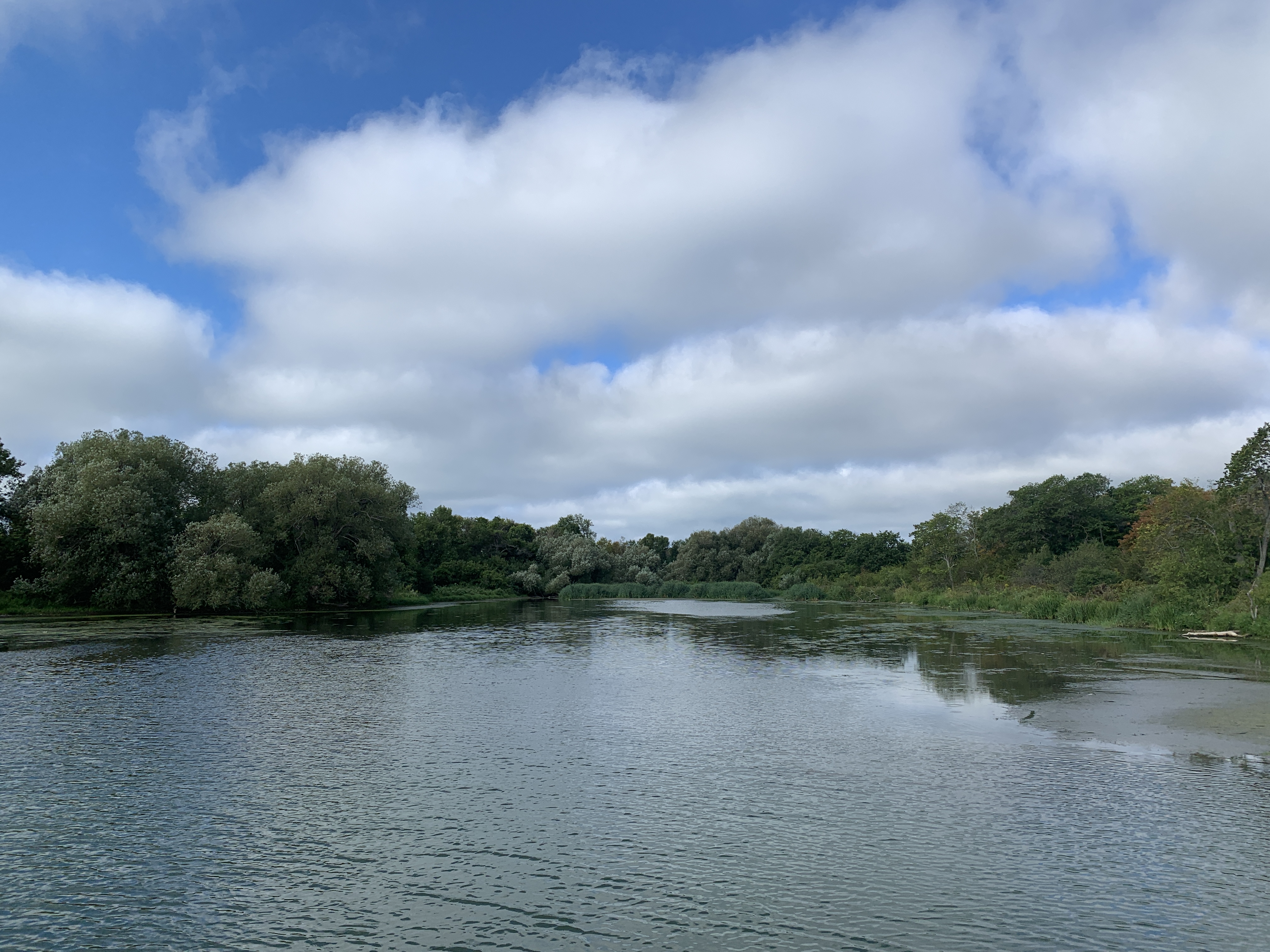 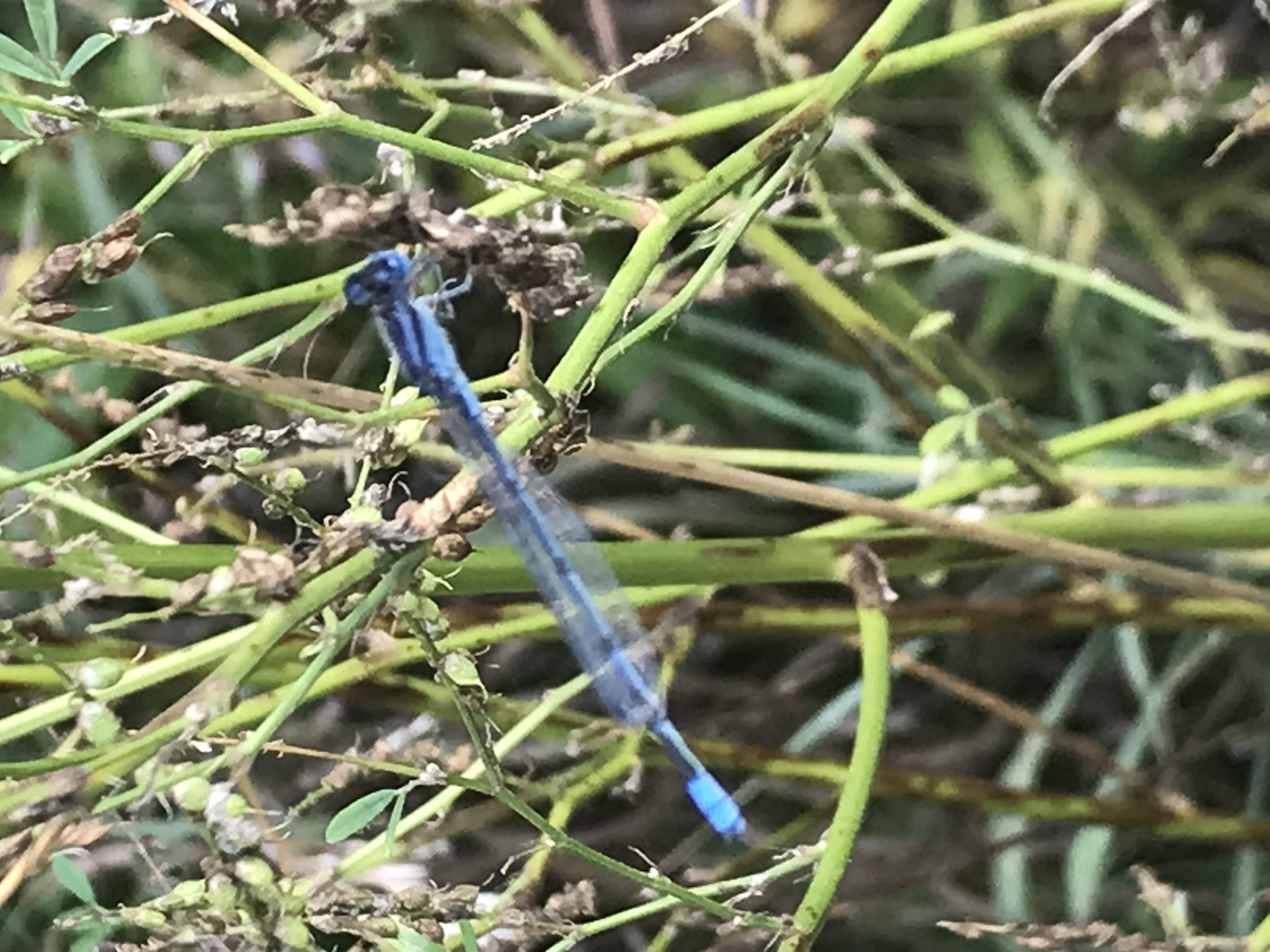 There were large net drying reels in the remains of a fishing camp on the alternate side of the harbour. Old derelict boats sat in the shrubbery. There are still two cabins remaining of this once vibrant little fishing hamlet. 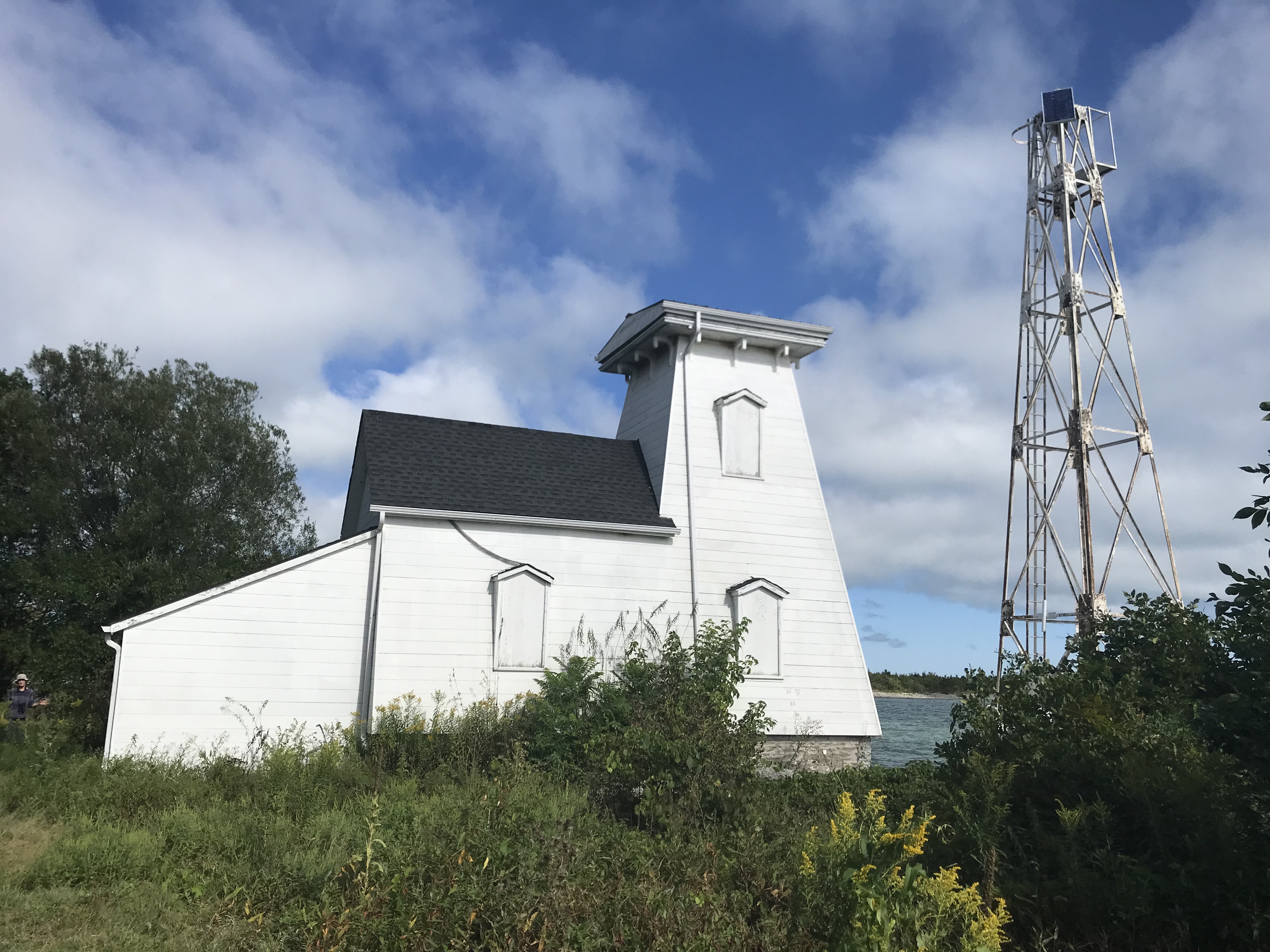 The Prince Edward Point Lighthouse was given Heritage status in 2011. Restoration of the outside has resulted in the loss of the traditional Cliff Swallow nesting site along the edge of the tower. Fortunately, the adjacent shed still houses a few Barn Swallow nests. We were able to spend some time at the shore where the photographers enjoyed shooting the little Leopard Frogs, the beautiful views and beach vegetation. Joanne pointed out the two kinds of mussel shells on the beach – Zebra and Quahog. 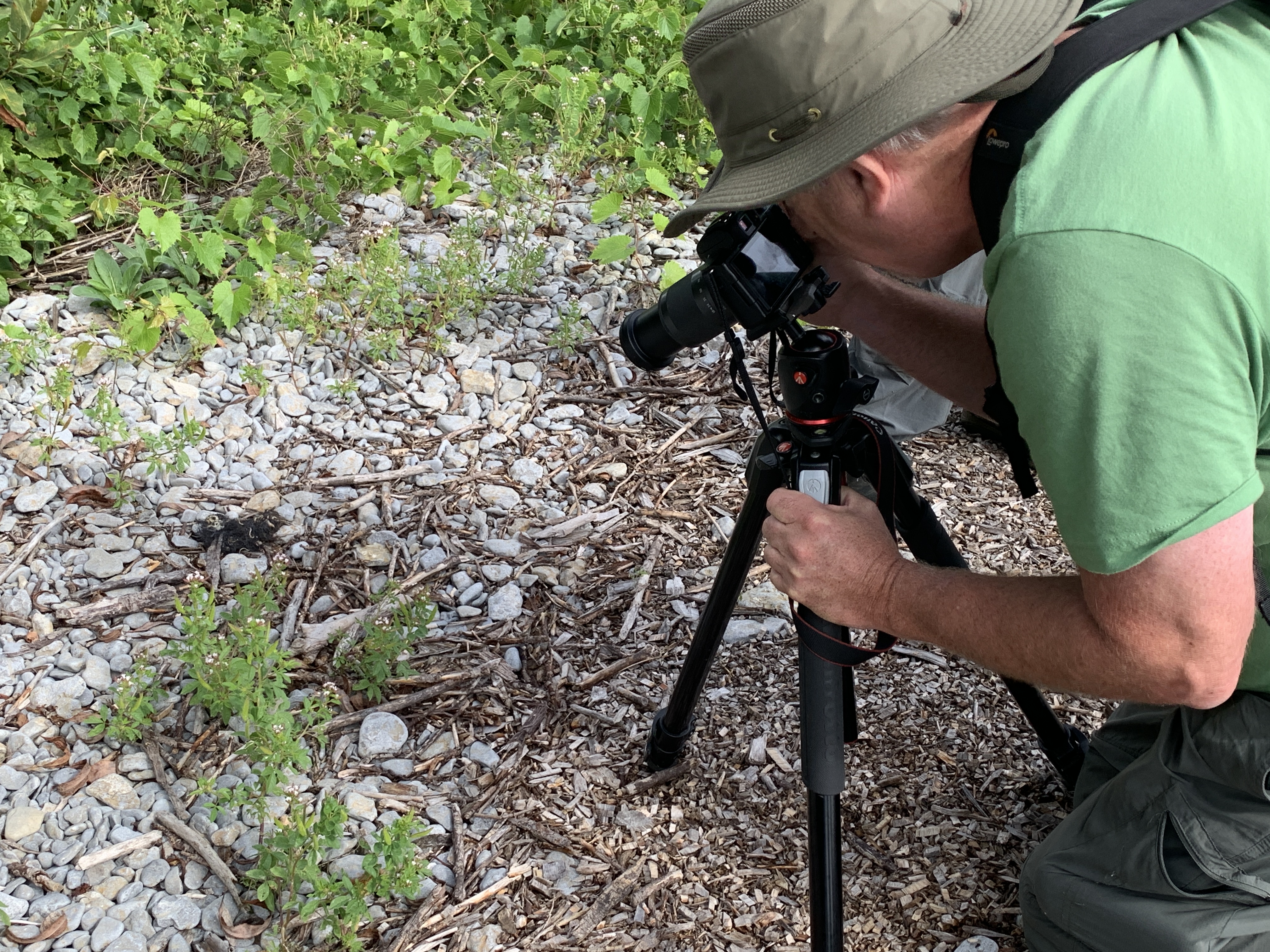 Arriving back at the government dock we took time to visit the Bird Observatory. Bander Phillip Mercier showed off a little Black Throated Blue Warbler and a Yellow-bellied Flycatcher to general delight. 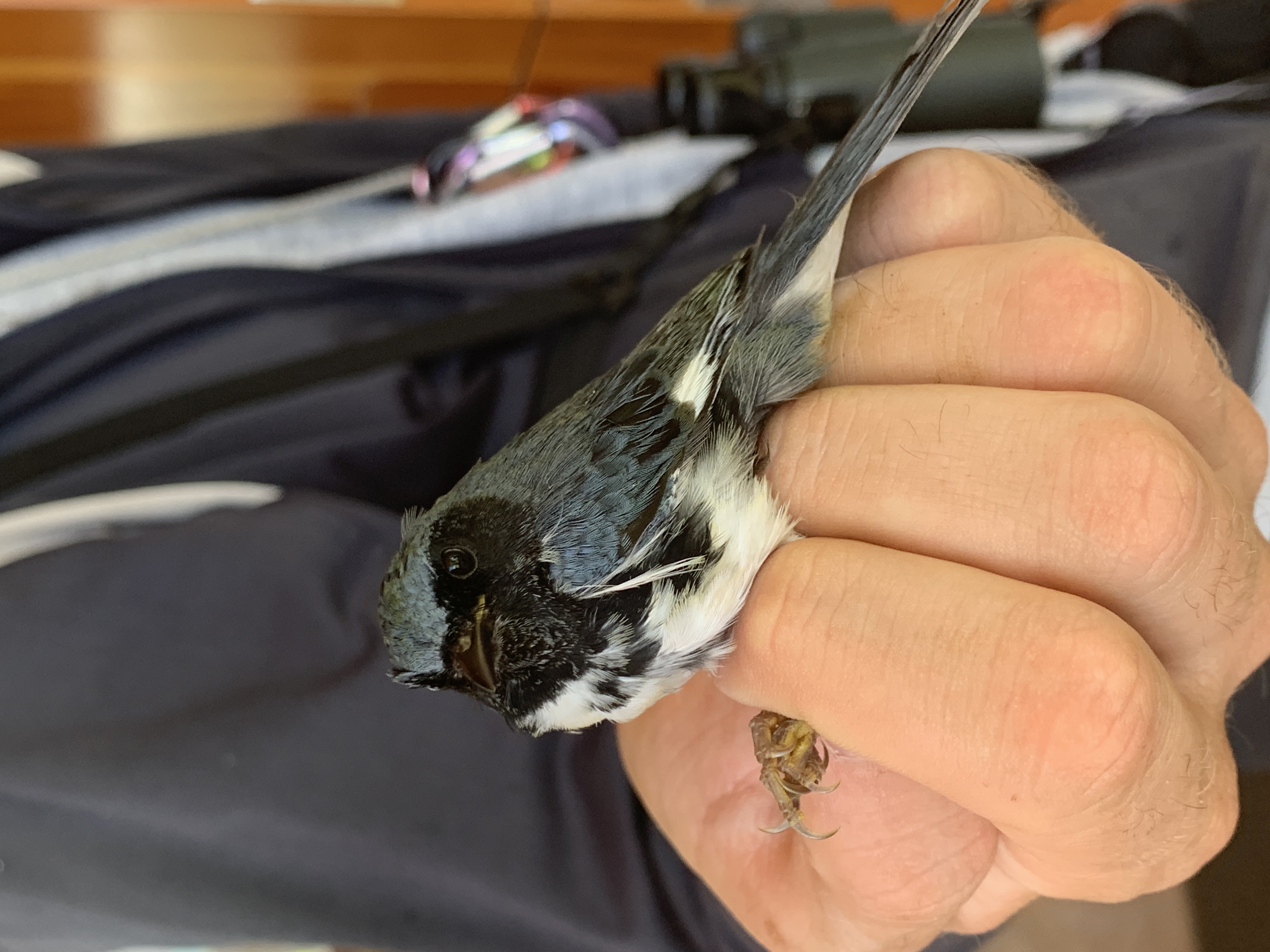 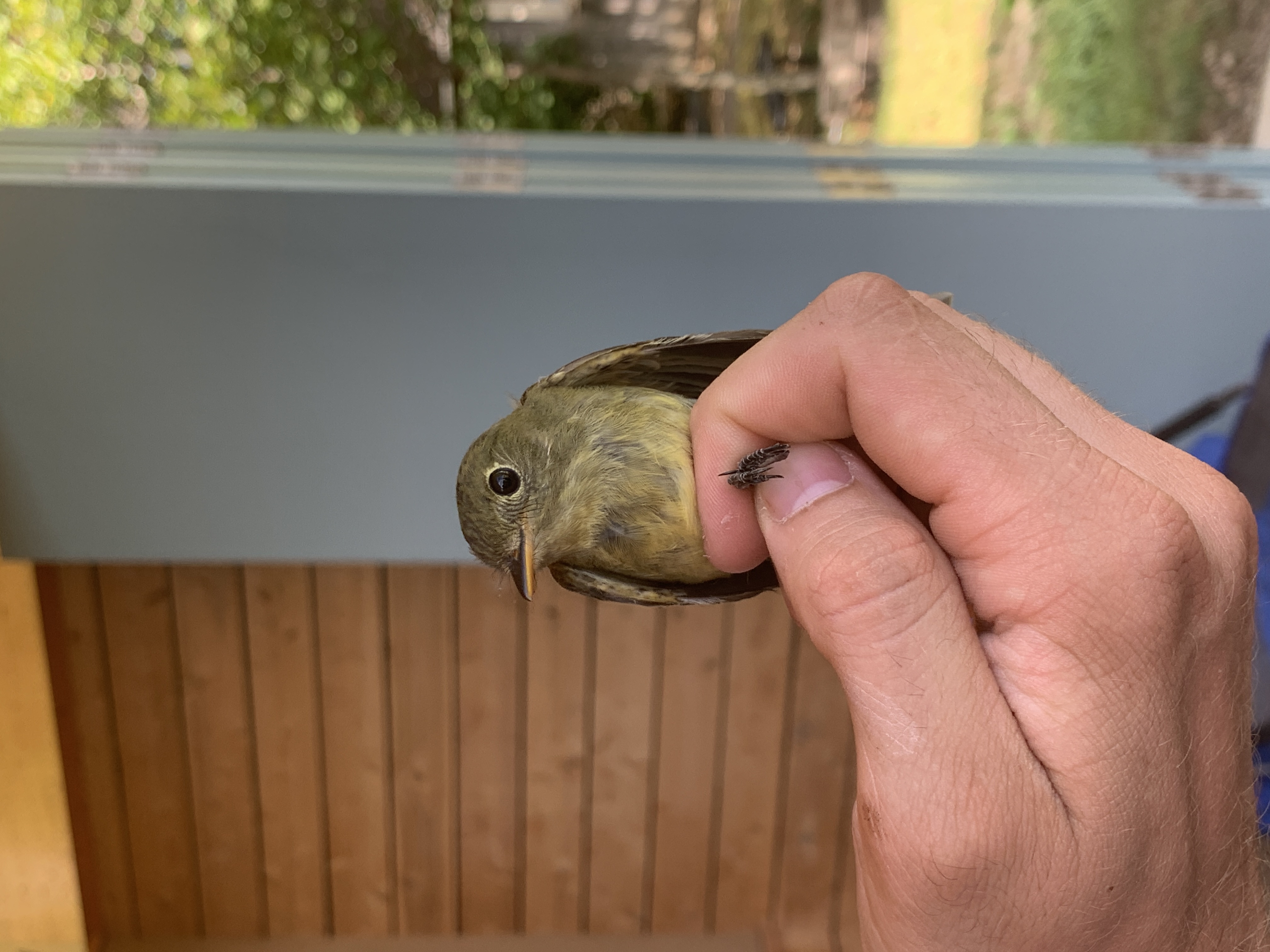 A special thank you to Joanne Dewey for providing us with a superb natural and cultural history tour of an important part of the South Shore and to Dawn Ayer for the photos.