The Flight Of The Monarch - Tagged Monarch Recovered In Mexico 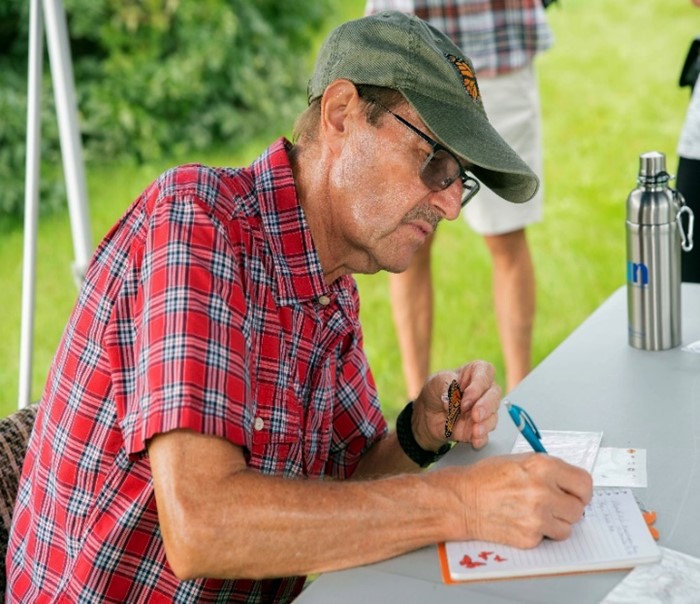 Don Davis has been tagging monarchs in Ontario since 1967, and continuously since 1985, working with noted Canadian researchers Fred and Norah Urquhart, and later with Monarch Watch. Most of this tagging has been carried out at Presqu’ile Provincial Park. Don served on the committee, meeting in U.S.A. and Mexico, to develop the North American Monarch Conservation Plan (2008), and is a member of the Monarch Recovery National Technical Committee (CWS). 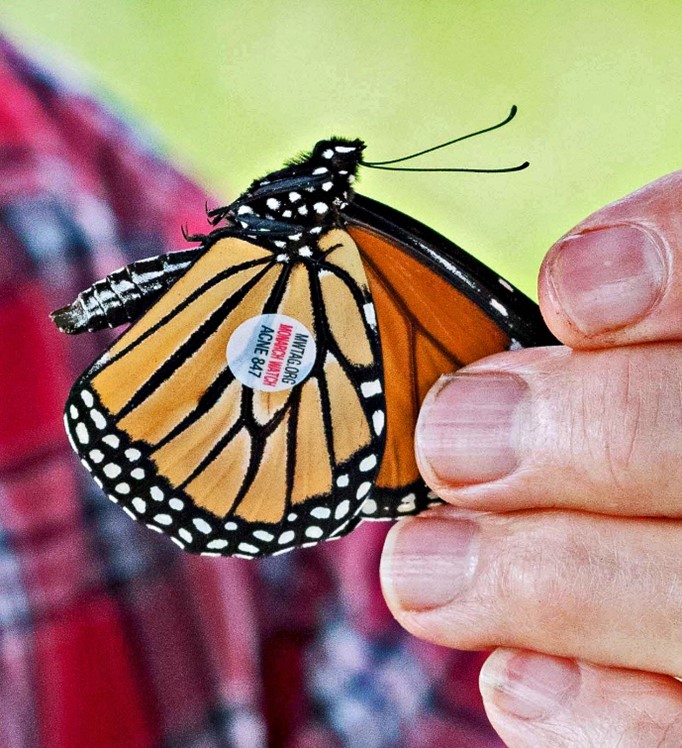 In June 2019, Don was awarded the W. E. Saunders Natural History Award by Ontario Nature for promoting the study, conservation, and public awareness of the monarch. He is the Chair of Monarch Butterfly Fund, a U.S. based nonprofit organization, and a Life Member of Ontario Nature and Friends of Presqu’ile Park. He is retired and resides in Toronto, but spends much time in his native Northumberland County.

On August 21, 2021, Don was invited to participate in Flight of the Monarch Day 2021, a nature festival sponsored by the South Shore Joint Initiative, and held at the Moses Hudgin Log House on Ostrander Point Road, Prince Edward County. On this occasion, Don brought 142 wild monarchs, captured the day before and safely stored overnight for this event.  One of those tagged monarchs, a male, was released bearing the tag #ACNE 929.

On February 23, 2022, Don Davis spotted two photographs of tagged monarchs on the Facebook site of Butterflies and Their People, a Mexican non-profit organization located in Macheros, Michoacán, Mexico, in the Monarch Butterfly Biosphere Reserve. Arborist Pato Moreno, working for this organization, spotted these monarchs and took photos. Don immediately spotted ACNE 929 – one of his tagged monarchs released on August 21, 2021 in Prince Edward County, Ontario. 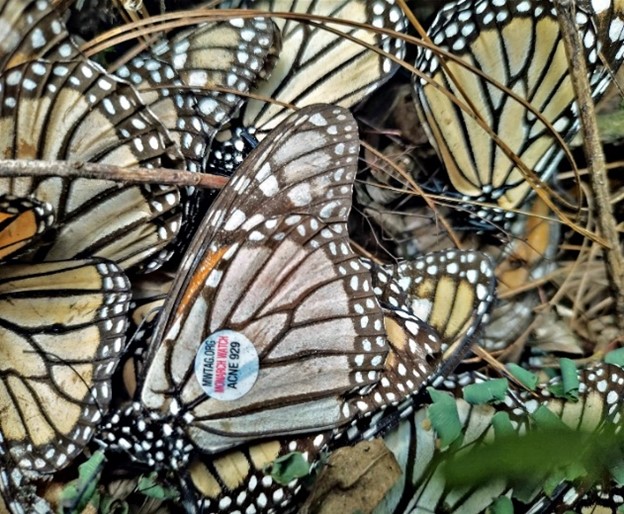 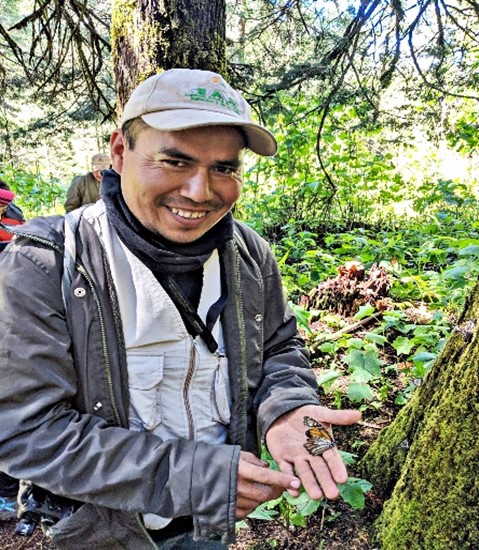 So far in 2022, Don has also had two other tagged monarchs photographed alive, which were released at Presqu’ile Provincial Park on September 4, 2021. One was recovered across Lake Ontario at Sterling, New York, and also at Henderson, Kentucky - about 1070 km away from Presqu’ile. Monarch Watch Conservation Specialists will be in Mexico in early March 2022 to purchase additional recovered tags from the guides working in the Monarch Reserve. Perhaps we will learn of more recoveries!

N.B. - One additional monarch, out of the 147 I released on August 21, has been recovered in Mexico. The tag was purchased by Monarch Watch in early March 2022 at the El Rosario wintering colony/sanctuary - the largest of all the monarch wintering sites.